Home News ‘Vettel has a lot of weight on his shoulders’ 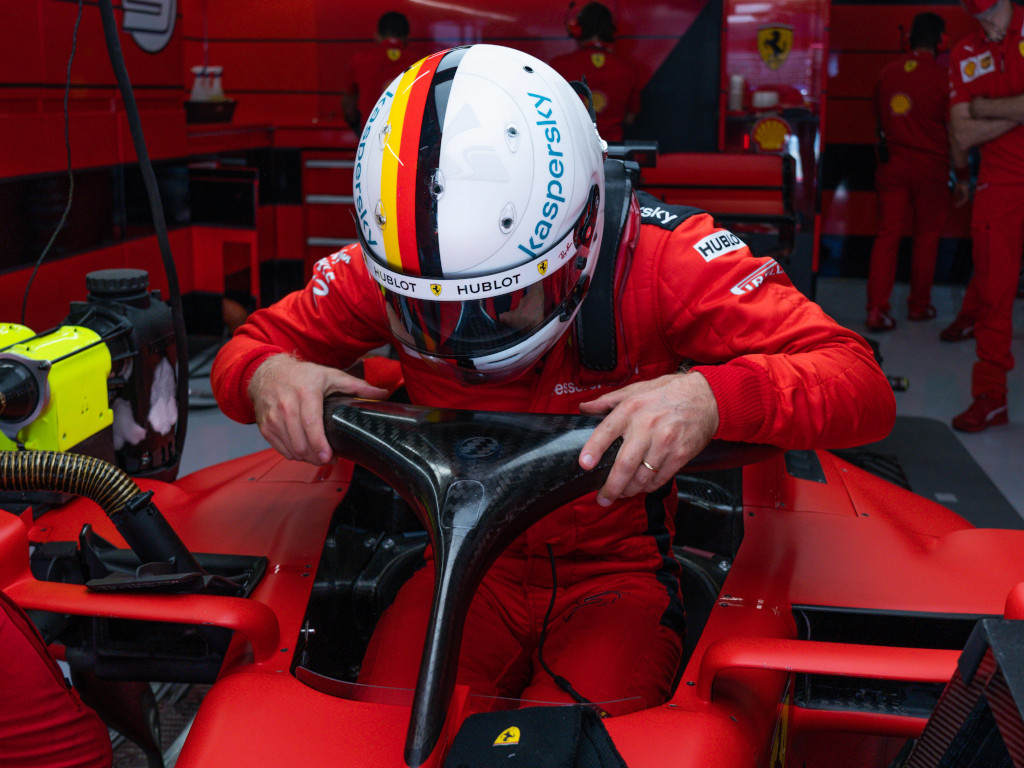 Out in Q2 for the third time this season, Christian Horner feels Sebastian Vettel is “carrying a lot of weight on his shoulders”.

The four-time World Champion is in the midst of yet another race weekend to forget, this time at the Spanish Grand Prix.

Although Ferrari handed the German a new chassis ahead of the Barcelona event and Friday’s timesheet put him closer to his team-mate Charles Leclerc, it went wrong on Saturday.

Vettel failed to make it out of Q2 for the second weekend in a row, and the third time this season.

Missing out on Q1 by 0.002s, he finished qualifying down in 11th place while Leclerc made it through to the pole position shoot-out where he qualified P9.

At least free tyre choice for Seb for tomorrow… pic.twitter.com/aTRfyas5nn

Vettel is baffled by his ongoing troubles.

“I’m trying to do everything I can, and ignore all the things that might not be right,” he said. “That’s all I can do at the moment.”

One thing he cannot ignore, though, is talk about his future.

Leaving Ferrari at the end of this season, Vettel is having to give some thought to his future with an option from Aston Martin, currently known as Racing Point, on the table.

It’s either that or leave Formula 1, which could be for good or for a year.

His former boss Horner acknowledges there is “a lot” on Vettel’s plate at the moment.

“It is a shame because Sebastian is obviously not in a happy place,” Horner, who oversaw Vettel’s four consecutive titles as Red Bull team principal, told the PA news agency.

“He is still relatively young, so it depends what his motivation is, but he is a four-time World Champion and the third most successful driver of all time in terms of his victories.

“Nobody can take that away from him.”

The Brit reckons Vettel doesn’t need to be in Formula 1 next season just for the “sake” of making up the numbers but could instead take a year out and return in 2022 with a good team.

“If he chose to take a year out, he would still be very attractive to teams should he wish to come back in 12 months’ time,” Horner added.

“He doesn’t need to be in Formula One for the sake of being there next year.

“What he has achieved in this sport is quite phenomenal and I am sure he is thinking hard about his next move.

“He is carrying a lot of weight on his shoulders at the moment and that must be very tough for him.”