Home News Horner: Being over a white line is either out or in 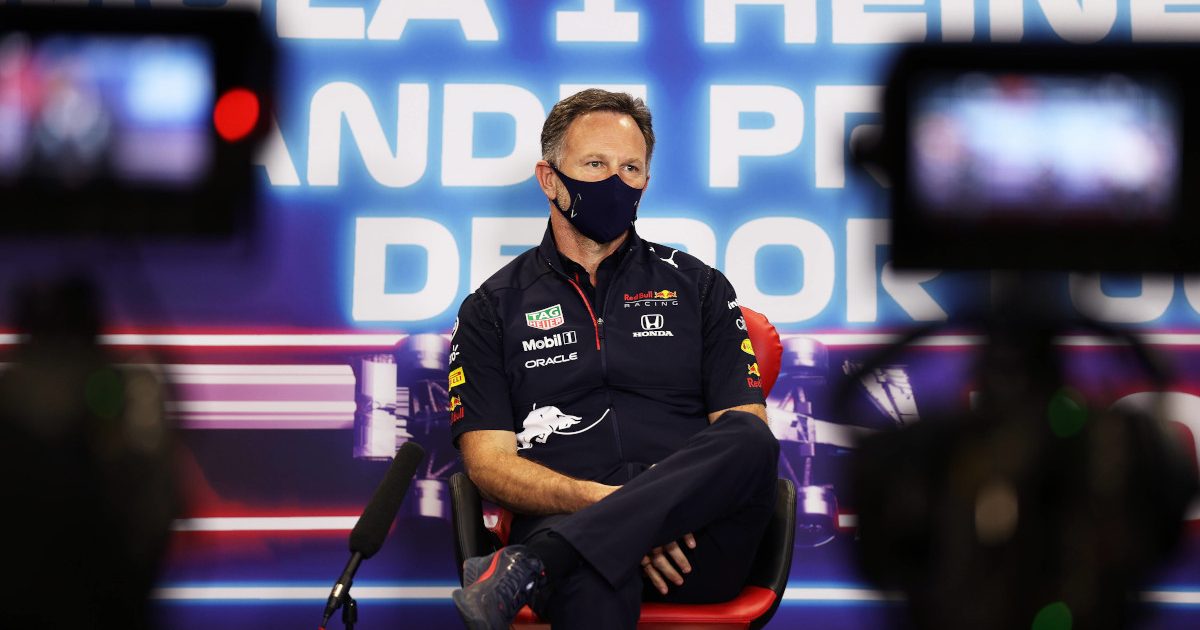 Christian Horner is baffled by F1’s troubles with track limits, adamant there should be a simple solution – either the driver is in or he’s out.

Red Bull, and most notably Max Verstappen, has paid a big price for exceeding track limits during this year’s championship.

Two races later Verstappen lost a lap time that was good enough for pole position when he again ran wide, this time at the Portimao circuit, and a day later had his fastest lap time for the race deleted for again exceeding the track limits. That cost him the fastest lap point.

That’s eight points so far that he is down because of track limits.

It’s not a surprise that his team boss Horner wants Formula 1 to find a solution, acknowledging that the Circuit de Catalunya as well as Monaco have their own deterrents in place with either gravel traps, as is the case for Spain, or the walls that surround the Monte Carlo street circuit.

“It wasn’t an issue on this track [Barcelona], because of the layout,” Horner said to Racingnews365.com. “I think that tells you something, doesn’t it?

“It won’t be an issue at the next race [Monaco] either and probably not the one after that [Baku].

“There’s been a healthy discussion and a working group created. We just need to come up with something that’s simple, clear and understandable for drivers, fans and teams.

“It shouldn’t be that difficult.

“I think they’re hard for the teams to understand, let alone the fans.

“We just need to come up with a more satisfactory way of denoting what are the limits of the circuit either through kerbing or clear rules at every corner.

“It’s like any other sport that being over a white line is either out or in.”

The team boss is in favour of there being a “penalty” of sorts to dissuade drivers from running wide such as a kerb or gravel.

“It’s just too confusing to say yes, you can do this at one corner but you can’t do it the next,” he added.

“It must be a commentators nightmare and for the average viewer, how do you explain that.

“I think we just need to come up with something a little more simple and that there’s a physical penalty, whether it’s a rumble strip, gravel or whatever it is by by running off circuit.”

He, however, reckons part of the problem is that Formula 1 often races on circuits that are also used for other series, such as MotoGP or Superbikes.

“The problem for the circuits, and you can understand it, is that they’ve got the two interests of the bikes and the cars,” Horner continued.

“It’s a little bit like playing rugby on a football pitch. They’ve both got grass and are both rectangular but they have different requirements.

“We need to make sure that circuits for Formula 1 usage are, whenever they are used for F1, suitable for F1.”