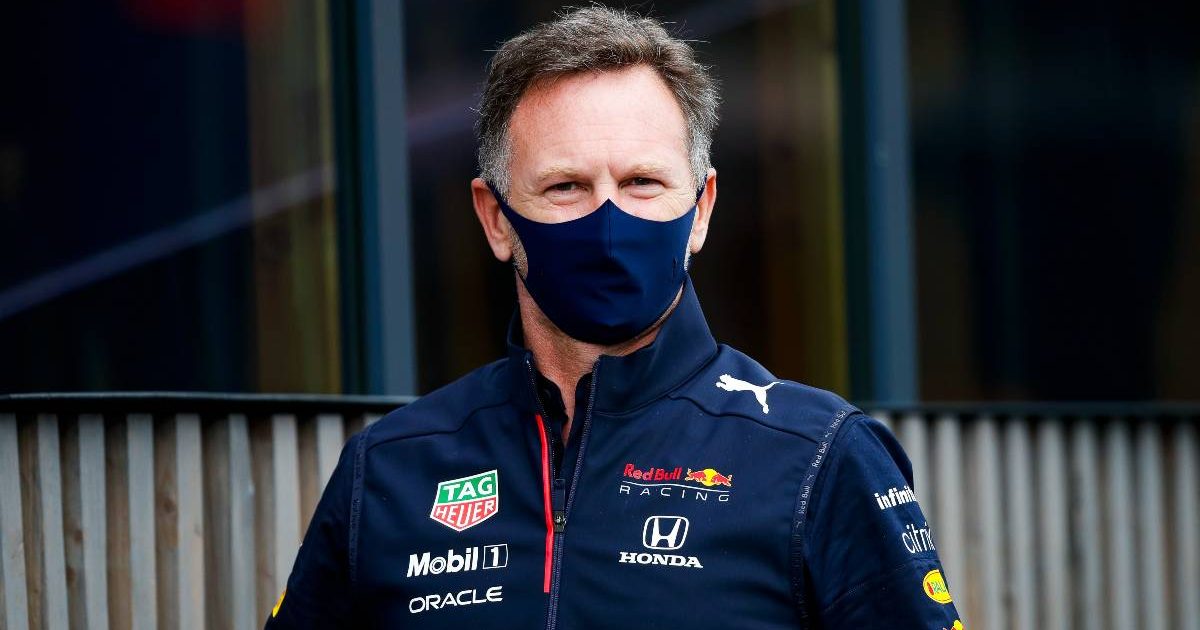 The two World Championship contenders fought tooth-and-nail in the first half-lap of the race before Hamilton got a slipstream behind the Dutchman and tried to send a move up the inside of Verstappen at the high-speed Copse corner.

Hamilton’s left front tyre collided with Verstappen’s right rear and the Dutchman was sent flying into the barrier at the outside of the corner, which brought out the Red Flag.

With the incident being investigated, both teams tried to plead their case to the FIA before a verdict was reached.

“Look, that corner, he was never anywhere near alongside [Verstappen]. Every driver who’s driven at this circuit knows you don’t stick a wheel up the inside at Copse,” said Horner in communication with race director Michael Masi.

“That was an enormous accident and it was 100% Max’s corner, so as far as I’m concerned, full blame lays on Hamilton, who should never have been in that position.

“That corner there, that’s not a place to stick a wheel up the inside of a car.”

In defence, Mercedes were sticking up for the seven-time World Champion and provided their own evidence for how they felt the blame should be apportioned to the Red Bull driver instead.

Mercedes sporting director Ron Meadows said: “We’ve had chance to look at that footage, Lewis was significantly alongside on the inside of Turn 9.”

Team principal Toto Wolff, meanwhile, tried to clarify the incident himself by taking matters into his own hands.

“Michael, I just sent you an email with the diagrams, did you receive them?” Wolff asked Masi over the radio.

“I’m thinking you should maybe look at this because there is something with the rules coming out.”

Masi then rejected this as he said he does not check emails during races, but invited Wolff instead to report to the Stewards while they investigated.

Just after the race restarted, with Charles Leclerc in P1 ahead of Hamilton, came news that Hamilton had been given a 10-second time penalty by the stewards, to be served when he made his mandatory pit-stop.

To follow the live action from Silverstone, head to our live centre for all the latest updates at the British Grand Prix.