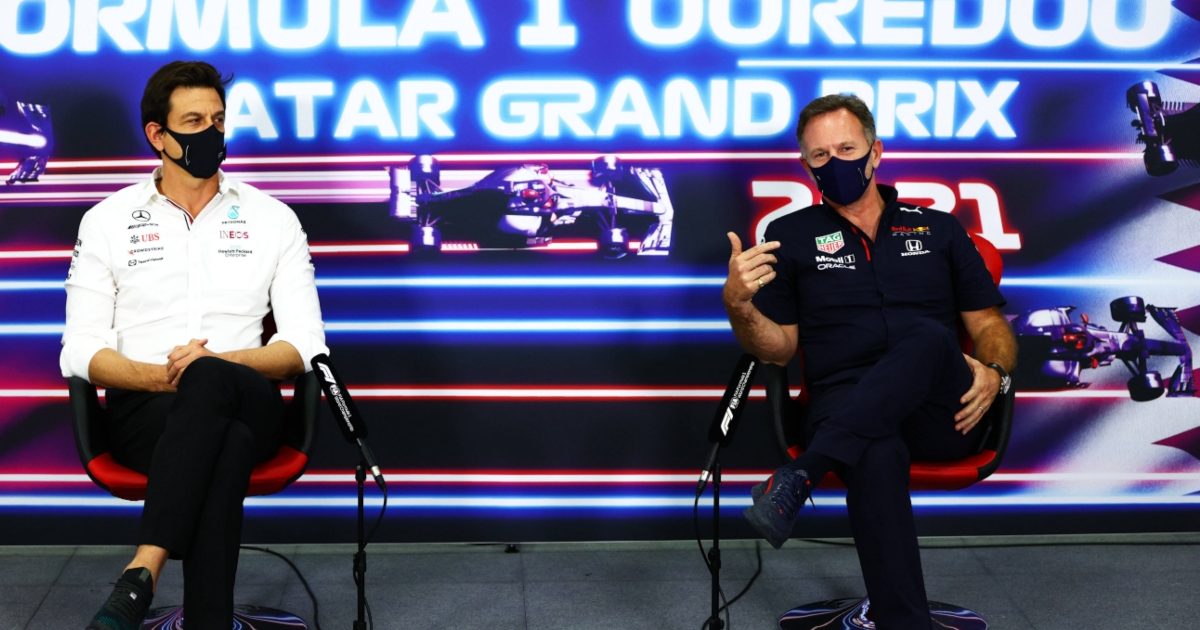 This year has seen Red Bull and Mercedes in a season-long battle for the titles for the first time, with Max Verstappen narrowly leading the Drivers’ Championship and Mercedes the Constructors’ with just two rounds to go.

While their drivers have clashed on track, the two team bosses have often done so off it, with a war of words going on throughout the season between Wolff and Horner.

They’ve often accused one another’s teams of cheating in some form, with various protests being lodged, and words have even become personal at times.

Of the two, Albers says that Wolff has handled matters better than his Red Bull counterpart.

“That one was kind of fun, wasn’t it? I liked them together,” the Dutchman joked to De Telegraaf, referencing the two sitting next to each other in the Qatar press conference.

“I’m not a Toto fan, I’m not a Horner fan, but I do think Toto handles it better I must tell you, more professional.”

BREAKING 🚨: Christian Horner summoned to the stewards for breach of the Sporting Code.#QatarGP #F1 pic.twitter.com/Av5VdjPdLA

While Wolff has had his moments, Horner has generally been the more emotional one in front of the cameras at least, with one of his latest outbursts – suggesting a ‘rogue marshal’ waved the yellow flag that caused Max Verstappen to get a grid penalty last time out – earning him a dressing down from the FIA.

This is one of the reasons Albers thinks Wolff is better, along with the fact that the Austrian has a superior knowledge of technical matters than Horner, who has “no clue” in the former driver’s eyes.

“That too, and Toto really asks his engineers how and what. He’s more into the [technical] matters than Horner,” he added.

“Horner doesn’t have a clue. The issue is that he doesn’t delve into the matter. You see that Horner doesn’t ask his engineers any more questions when it comes to technique.”

Albers isn’t the only former F1 driver to feel Horner is being particularly emotional this year, with Damon Hill telling the 48-year-old that he has been “punchy”.