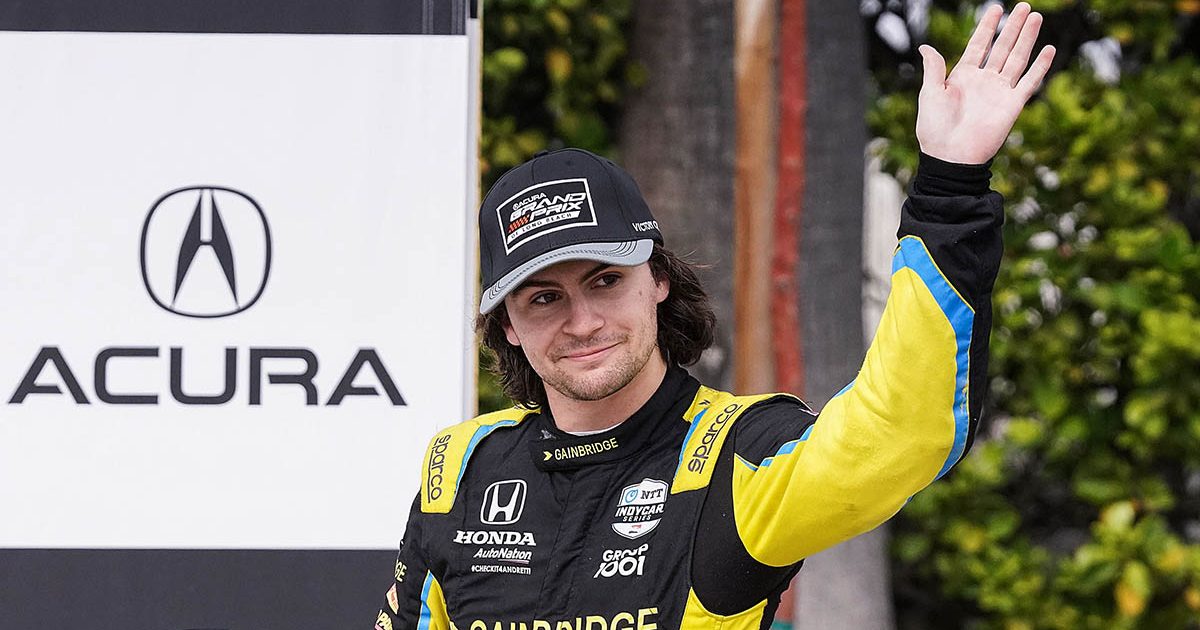 Colton Herta says he was phlegmatic when his Alfa Romeo chances came to nothing – because he is perfectly happy with life in IndyCar.

The 21-year-old Californian is among the leading lights in IndyCar, having finished in the top five of the standings for the last two seasons and won six races in total – including the final two of 2021.

As he races for Andretti Autosport, and also spent 2016 with the Carlin team in Europe, Herta looked an obvious fit when it began to appear likely Andretti would take over Alfa Romeo ahead of the 2022 F1 campaign.

But the talks broke down at a late stage and so Herta will remain Stateside, set for a fourth full IndyCar campaign when two ex-F1 drivers, Romain Grosjean and Alexander Rossi, will be his team-mates.

Discussing the move that never materialised with The Race, Herta said: “I was never really stressed about it because I had a great situation in IndyCar.

“If it would have happened, it would have been great. But I was never kind of unhappy if it wasn’t going to happen because I really enjoy and love racing in IndyCar.

“So I had two very positive situations. I had a shot to go to Formula 1 but then also if it didn’t work out I was going to be in IndyCar, which is just as good, I feel.”

Herta also said he did not necessarily concur with Michael Andretti’s view that it would be difficult for an American driver to join forces with a non-American F1 team.

“I’m not sure, because there’s a growing interest in America in Formula 1,” he said.

“We’ve seen there are some Americans over there that are doing well, and a lot more American companies and American money invested in Formula 1.

“Sponsors with Williams and obviously Haas, but even Mercedes…CrowdStrike is an American company. It’s a major sponsor there. There’s a lot of American money in the sport.

“So I think that can kind of help push forward an American driver, and obviously the market keeps growing in America for an American F1 driver.

“With more fans getting into it, probably mostly because of Drive to Survive…but yeah, it’s obviously a growing market for Formula 1 in the United States.

“So it will happen eventually. There’s a lot of good American drivers right now that could do it if they are given a shot.”