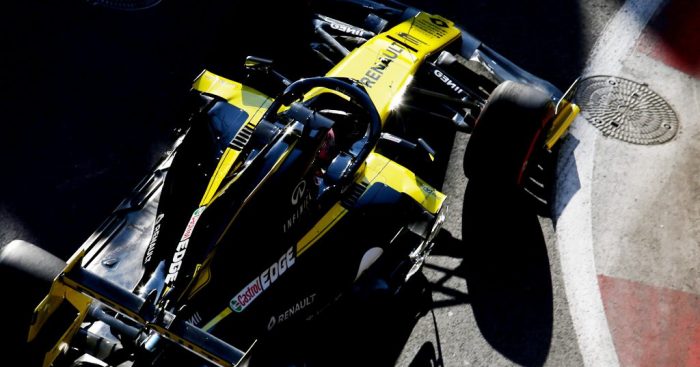 Renault boss, Cyril Abiteboul, has revealed the MGU-K part of the engine is not solely to blame for their troubles – but the conrod too.

After finishing best of the rest in 2018, the Enstone team, bolstered by the signing of Daniel Ricciardo from Red Bull, were looking towards the top three rather than focusing on the teams behind them.

But, they have had a miserable start to the season with just one P7 finish apiece between Ricciardo and Nico Hulkenberg so far.

Reliability has been a big concern for Renault and Abiteboul has said that the team did prioritise engine power over the course of the winter instead.

The Frenchman has now confirmed that a bigger, fundamental issue has prevented Renault from running at full power in recent races.

“This winter we were given the opportunity to properly focus on power gain, and competitiveness gain,” said Abiteboul.

“What it meant was we consciously decided to focus on performance, to the detriment of reliability.

“It means that a number of engines that should have been used on the dyno to secure reliability were actually used to develop performance.

“So what it meant was a very good start in terms of engine power, but reliability that was below standard.

“Two reasons, one which you know which was the MGU-K, and one which you don’t know, which was that Nico’s failure in Bahrain was actually a conrod failure – so typically a part that you don’t want to break, because it’s a part at the bottom of the engine, and a fundamental part.”

“It was a problem that we didn’t identify over the winter, we didn’t really have a back-up plan, but at the same time I can say that it was a blow for the organisation that meant some containment measures after the race that was massively reducing the power that was delivered for the following races.

“I can tell you it was also an amazing reaction from everyone involved, and in five weeks we managed to identify the problem, understand the problem, come up with a new design, source new parts, test the parts, sign off the parts on complete cycles, and build new engines in enough quantity for ourselves and McLaren in time for Spain.

“So that was the reason for the introduction of the new engine in Spain.”

Abiteboul is hopeful that Renault can turn up the wick on their engines again over the course of the Monaco Grand Prix weekend.

He said: “In Barcelona we’ve done one step of power, not the full, because we wanted to get the feedback of Barcelona, and do some inspection, and make sure that every one was OK.

“But there will be another step from this weekend onwards, so basically we are back to the competitiveness level of the engine at the season start, which was really strong.”