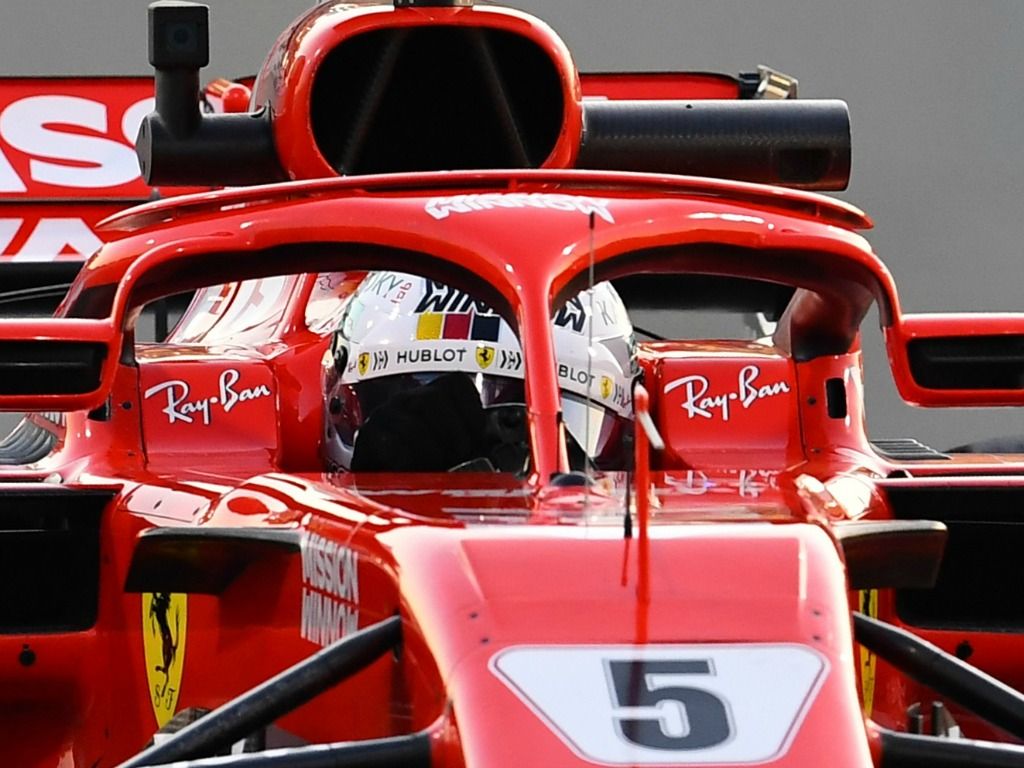 Sebastian Vettel lost time during the first day of the post-season tyre test after crashing at Turn 1 and breaking the rear wing of his Ferrari.

The German also sustained floor damage after riding the kerbs at the Yas Marina circuit on two separate occasions.

The four-time World Champion may have topped the timings at the end of the day, but he only managed 67 laps, less than half of Sean Gelael’s 150 laps recorded.

“Unfortunately we had some small issues and took a bit more caution and time to change the broken parts,” Vettel admitted.

“Nothing big, but we lost a bit of time.”

The test is for the teams to try out the Pirelli tyres for next season, and compare and contrast them with the 2018 rubber.

“It’s important mostly for the tyres, just to get an initial feel,” he continued.

“The impression of the weekend is still very fresh so we have something to compare [to].

“No huge surprises, the tyres seem to work, seem to be fairly similar. The differences were quite small.

“Speaking to Pirelli, the whole band is a little closer together so the hypersoft is closer to the rest and the hard tyre, which we didn’t use, should be more towards the tyres that are softer.”

The 2019 compounds with be known as compounds 1-5 with three of those then being designated as hard, medium and soft for a race weekend.

“Now we will see what are the tyre choices for next year,” Vettel added.

“That will be the biggest thing to look forward to, which tracks Pirelli is deciding to bring which compounds.

The German’s new team-mate, Charles Leclerc, will take the reins of the Ferrari for the second day of the test.

Vettel is hoping that the Monegasque driver will be able to get more information about this year’s tyres with the running he does at Yas Marina.

“I would’ve liked to do a little bit more, especially longer runs, so we missed a little bit of that – I think Charles will hopefully get some more track time tomorrow and some more answers [about the 2019 tyres],” he added.

“There’s not so much difference. We’ll have a closer look, we have a lot of people specialised in that, so I’m sure we’ll have some answers soon.”