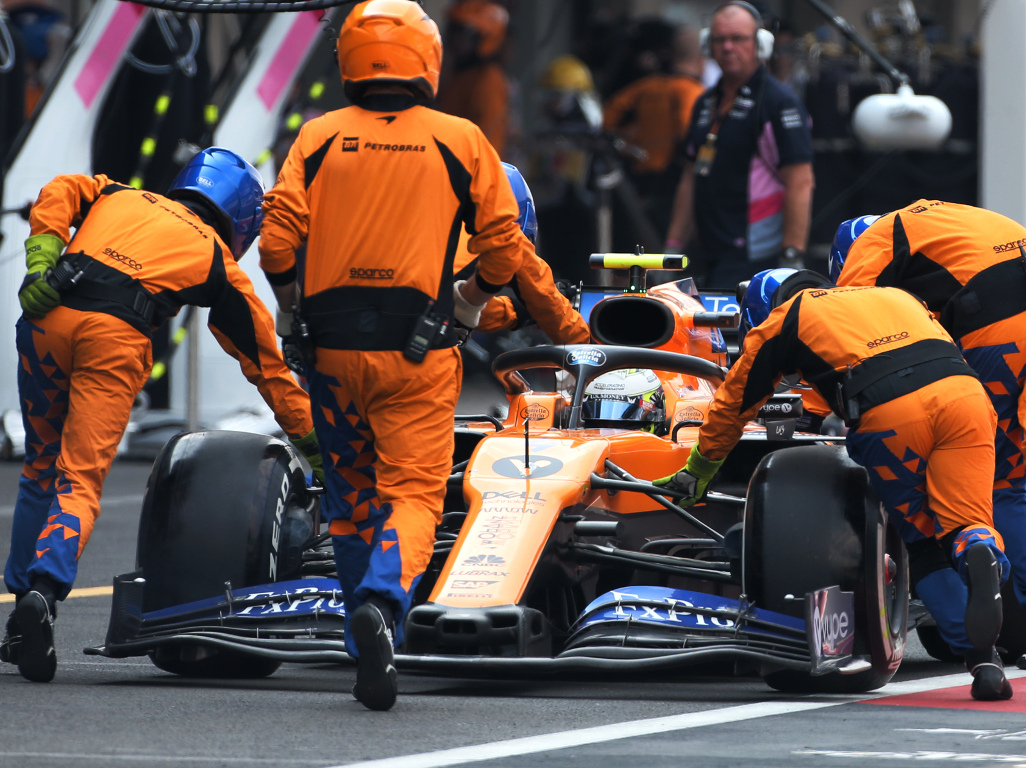 The McLaren driver was running inside the points when he came in for his first stop of the afternoon.

Pulling away from his pit box, though, it was apparent something was wrong.

Norris’ front left was loose with the rookie stopping before the end of the pit lane, which meant his mechanics were able to retrieve his car, push him back to the box and attach the tyre.

“We had an issue with the wheelnut going on on one corner, which was cross-threaded, and that was the issue,” Seidl told Autosport.

“We improved compared to Monza in terms of reaction, we managed to stop the car inside the pit lane and pull it back but obviously it is better to not get to this scenario.

“These pit stops are happening within 2.5 seconds and you try to go to the limit but these happen so quickly, especially when you have the issue of cross-threading, it is bad luck.

“But still we need to learn from it and see what we can do on the technical side and the operation side.”

The stewards investigated McLaren for an unsafe release but ruled that it was unclear whether the Norris incidented met the criteria.

“The team representative stated that the front left mechanic was not sure if the tyre was secured properly therefore they decided to stop the car for caution,” read the stewards’ ruling.

“After reviewing video evidences, the FIA technical delegate could not establish if the car was in an unsafe condition after being released from the pit stop.

“The Stewards considered that with the available evidence it is not possible to determine if the car was released in an unsafe condition.”