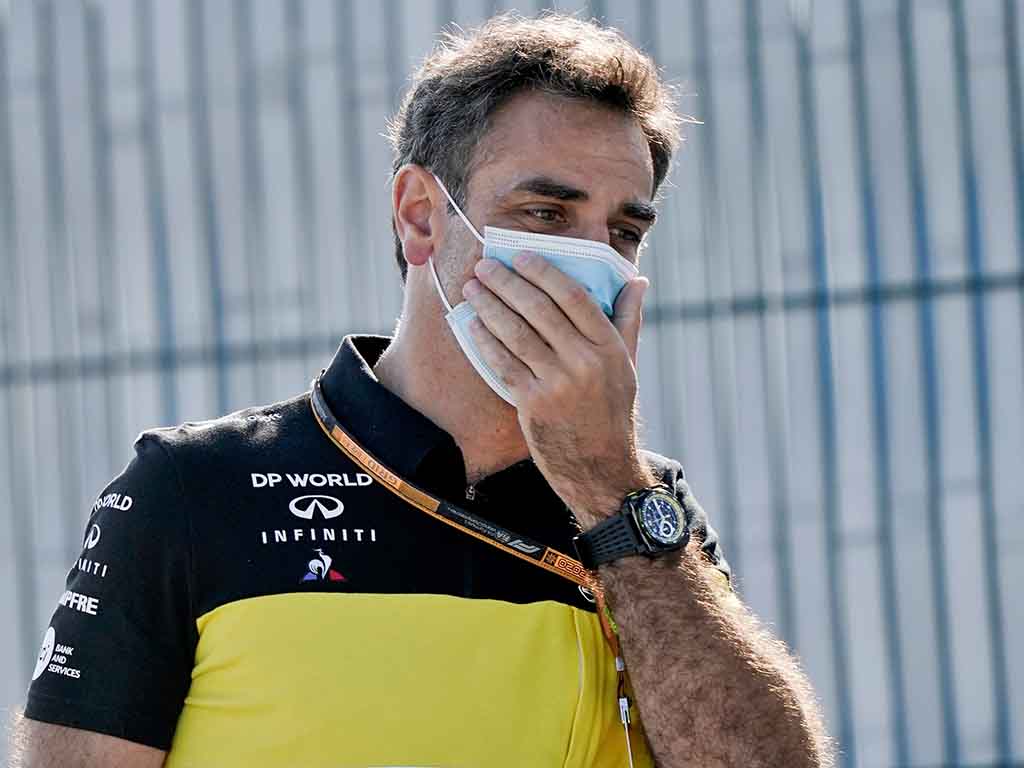 Cyril Abiteboul has rather unsurprisingly said that “a few beers” were involved when agreeing to a tattoo bet with Daniel Ricciardo.

The duo agreed the bet at the British Grand Prix weekend and the stipulation was that the Aussie driver was able to pick a tattoo design for his boss if he managed to get himself and Renault back on the podium before the conclusion of the 2020 season.

And Ricciardo has been showing plenty of signs of making the bet a reality. He has finished in the top six in all of the last five Formula 1 races, which of course culminated with Ricciardo bagging P3 at the Eifel Grand Prix.

Whilst we await Ricciardo’s design choice, Abiteboul has explained how the bet came about in the first place.

“I’m always getting confused with that one,” Abiteboul said, as per Motorsport.com.

“But I think he gets to choose a design, and I get to choose the location and size, because size matters!

“So as long as I’ve got the size, I think I can cope or get away with pretty much any design.

“It’s not really my style. I guess that’s why I made that bet. I remember that night in Silverstone, that’s the Thursday evening in Silverstone last year, where Daniel was showing me actually a new tattoo that he had.

“And I actually asked him, ‘How do you get there? What’s the sort of mental journey that gets to this type of tattoo?’ And he told me, ‘Actually, well you know, I was just walking in front of that tattoo place, and I thought let’s do one.’

“So I thought okay, alright. I said well, let’s do something proper. So if you do a podium, and this was after a few beers, I’ll get one. And I’m a man of my word.

“So I’ll do it. I just need a bit of time to decide the size and the location.”

“It’s a great feeling that and I would like to share this emotion we had at the track with every team member.

“It’s been a huge, huge journey to get here and it is a milestone. We earned that podium: we’ve seen it coming for some time.

“We have had the potential to be there and we had the right circumstances. While we might need events in front to happen, we have a car that is a good all-rounder and when this type of opportunity comes we have the right team to capitalise.

“Daniel drove a great race and fully deserved this.

“It is a bit bittersweet as only one car was at the finish line. Esteban was driving a solid race until his car developed a hydraulic issue and we had to retire him.

“Without it we could have got a huge points result, which is very important as reliability is what will eventually define the championship in Abu Dhabi.

“But for now we need to celebrate and enjoy this moment as it is a moment that matters in the life of the team.”