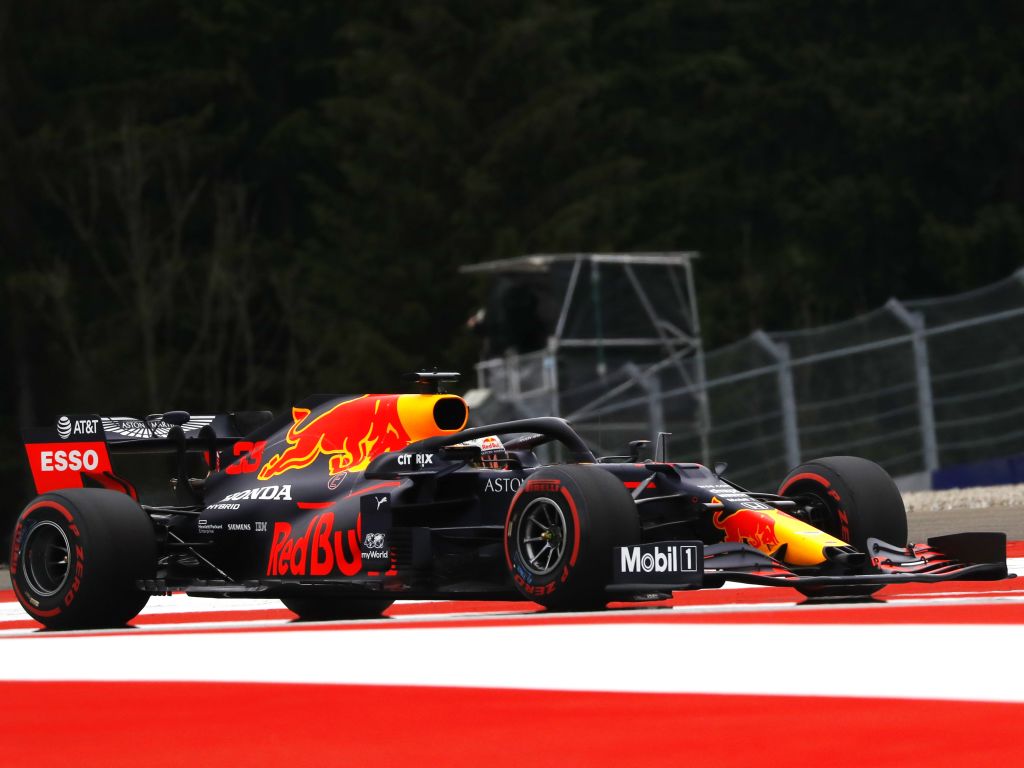 Red Bull’s Max Verstappen has revealed that his pace during free practice at the Austrian Grand Prix was hampered by a broken front wing.

Verstappen is the only driver out of the top three teams to have completed no on-track running or simulator work at all during the extended break due to the UK’s quarantine laws.

It seemed that was behind his poor pace in FP2 as he ended the session in P8, 0.9s off the pace and behind the likes of Racing Point’s Sergio Perez and Lance Stroll, Lando Norris and former Red Bull team-mate Daniel Ricciardo.

But the Dutchman revealed that his underwhelming pace was actually due to the fact that he broke his front wing on his fastest lap, rather than being rusty after such a long break from driving an F1 car.

“The laptimes didn’t really say anything, because I broke my front wing on the fastest lap.

“But we are, I think, confident. There are always things you can do better, but I think overall, it was a good day, and I’m looking forward to tomorrow.”

Verstappen went for a spin during FP1, and team-mate Alex Albon also had a moment in the RB16.

We saw it quite a lot from Red Bull in pre-season testing all the way back in February at the Circuit de Barcelona-Catalunya, but Albon assured that there was nothing to worry about.

“Obviously in race runs, the car gets a bit more lairy. I pushed it a little bit and had oversteer.

“We know what we want to work on. There are definite areas in the car, short runs and long runs, that we know to address. Everyone has been running different engine modes. We’ll see tomorrow.”