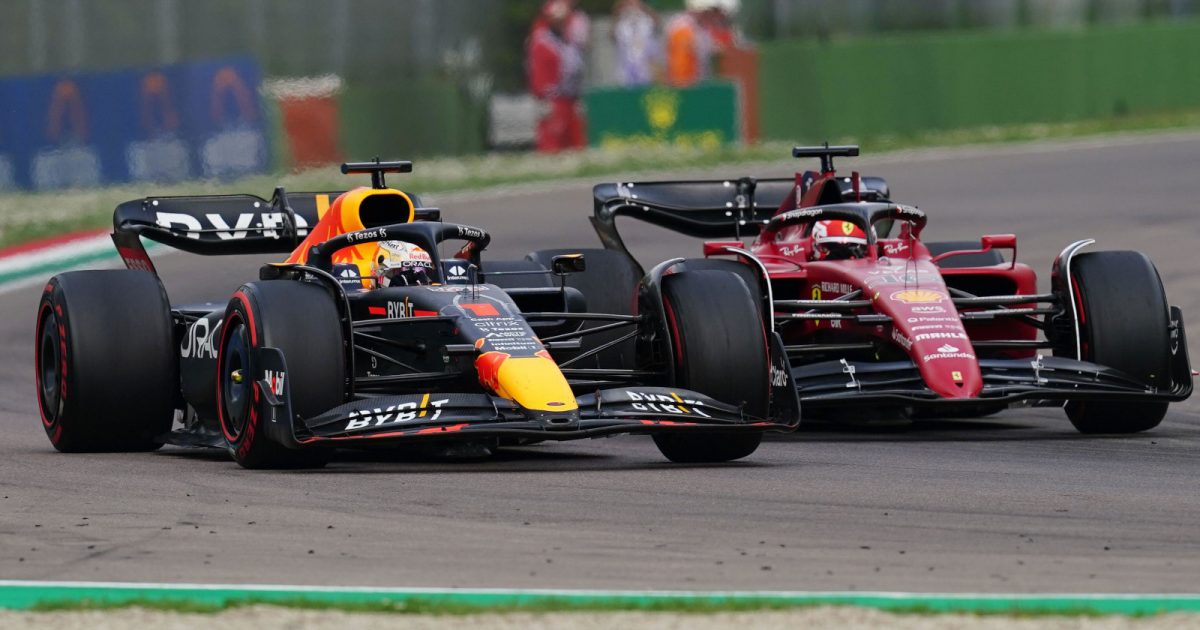 Damon Hill believes this year’s development war will be more a case of “playing poker” as the teams can’t just “throw stuff” at the cars like they did in yesteryear.

This season’s all-new cars have shaken up the order at the sharp end of the grid with Ferrari emerging as the team to beat. At least they were until Imola.

The Scuderia’s F1-75 had taken two race wins, a P2 and all three fastest lap points in the opening three races of the championship.

However, Red Bull pulled it back at the Emilia Romagna Grand Prix as their upgrades to the RB18 made it the fastest car, the team claiming maximum points in Sunday’s race as they recorded their first 1-2 result since 2016.

Ferrari are set to respond, bringing updates to Miami as they look to reassert their dominance over the Milton Keynes squad.

The development war has a different look to past seasons as instead of bringing a host upgrades race after race, the teams are having to be careful in their selection as they don’t have the budget to throw at the car.

And that, Hill says, makes this year’s war more of a poker game.

Speaking on the latest F1 Nation podcast, the 1996 World Champion said: “The upgrade thing is a very interesting one because they’ve also got the constraints that are going to apply to the teams that had the most points from the previous season.

“So the restrictions on the development… they can’t just throw stuff at it any more.

“They’re sitting down and thinking about it more and it’s a bit like playing poker.

“They need to know which card to lay down and when. Do they play their ace now or do they wait a couple of races until they’re absolutely sure that what they’re going to play is the winning hand.

“It is going to be interesting.”

So much so that Hill reckons this season’s development war could see one team surge ahead of the other at one race only for their rival to pull it back when they come with their upgrades.

“I’d like to see a season where you get leapfrogging. So maybe Ferrari come in, but maybe Red Bull decides to hang on, they’ve played their little trump card at Imola and they’re hanging on for a bit.

“But maybe Ferrari now are going to come, ‘We haven’t just been resting on our laurels, we haven’t been doing nothing and assuming we’re going to succeed. We’ve got this package now and we’re going to bring it into play in Miami’.

Leclerc heads to Miami 27 points up on Verstappen while Ferrari have a 11-point lead over Red Bull.