Home News ‘Angry Bottas finally showed fire, and how fast he can be’ 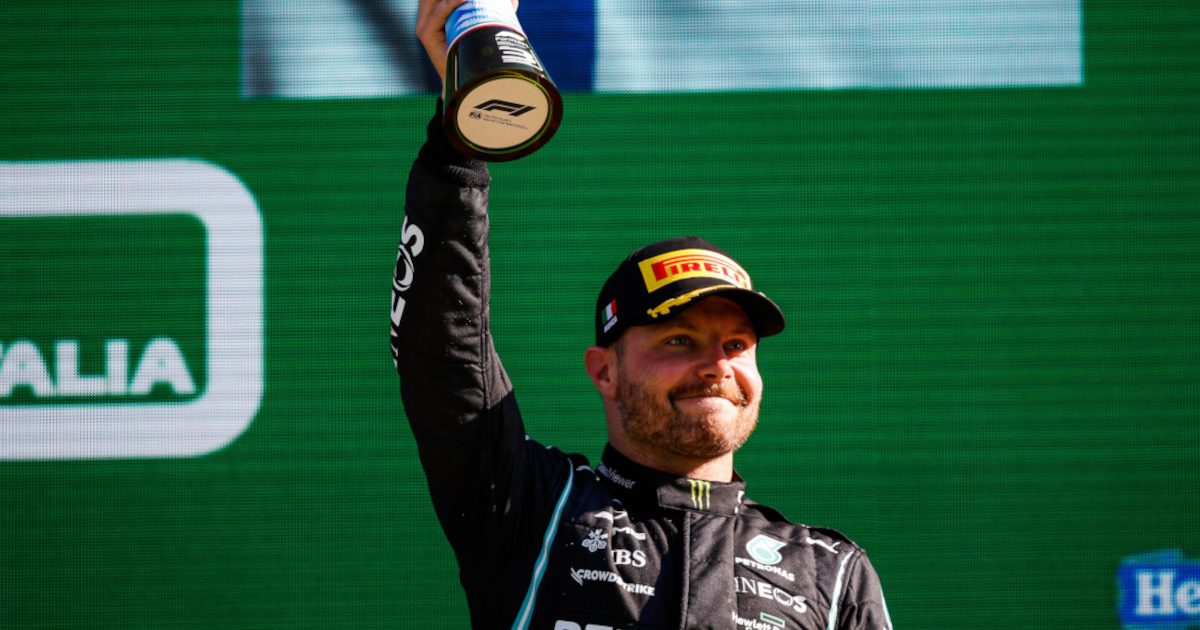 Driving with a “hint of anger”, Damon Hill feels Valtteri Bottas finally showed the “fire” we’d all wanted from him at the Italian GP weekend.

Even Mercedes, he says, felt that was the Finn’s “best weekend” ever with the team.

Heading to Monza for the first race weekend after Mercedes announced that 2021 would be his last year racing for the Brackley squad, Bottas had a near perfect weekend.

It probably would have been perfect were it not for an engine penalty that dropped him to the back of the grid.

The Finn was fastest in Friday night’s qualifying and took pole position in Saturday’s sprint qualifying. Starting at the back of the grid, he raced his way to third place.

It could have been higher had been able to pass Sergio Perez, but by that stage of the race he had all of “two laps” of rubber left.

Hill reckons a bit of “anger” finally gave Formula 1 fans a glimpse of the Bottas we’ve all wanted to see.

“Ran out of rubber,” was Hill’s assessment on the F1 Nation podcast as to why Bottas got stuck behind Perez.

“I thought he was brilliant on the hard tyre, made really good progress and then on the medium was quick initially and then just… he said I had about another two laps of rubber left in it and I just could not get past Perez and then it was game over for me he said.

“I said to him afterwards have you ever done 19th to third and he said no, not in my career so it is a first for me.

“Praise for Bottas as well, he was on fire all weekend.

“Even Andy Shovlin, their chief engineer, said that was Bottas’ best weekend of 2021 so far but also one of his best weekends for Mercedes as well. Really, really strong.

“I thought there was a hint of anger in his driving when he was out in the first few runs in qualifying, he was really on it, kicking up gravel. He said he overdrove it and made a mistake but that was the fire that I think we wanted to see from Valtteri.

“And once he got his fire up, he showed how fast he really is. But it was all overshadowed because he had to go to the back, and then he went from the back to the front, and nobody really noticed because there was so much other drama.”