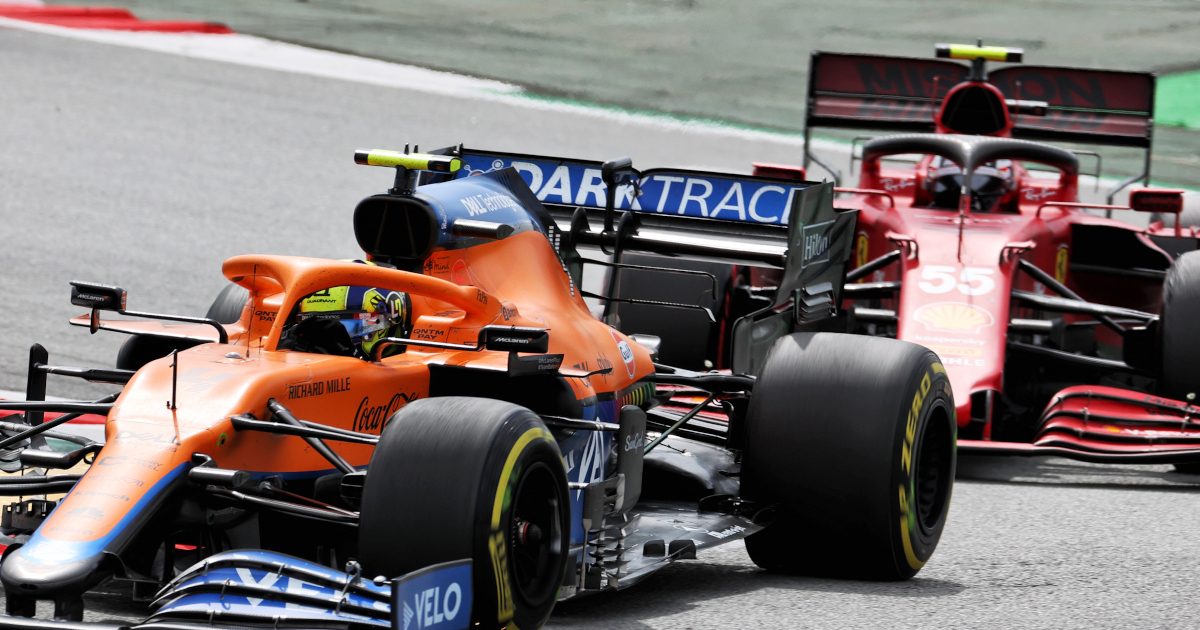 Damon Hill does not like DRS, concerned that the much higher closing speed could see “another car launched on top of another”.

And it almost happened in Spain on Sunday.

Racing Lando Norris for position at the Barcelona circuit, Carlos Sainz used his DRS to close in on his former team-mate into Turn 1.

The McLaren driver made a last minute block, forcing Sainz to changed his line.

Sainz still made the pass while Norris was shown the black and white flag for his aggressive defence.

Hill reckons a “fraction of a second” later and Sainz would have been airborne.

“It is a problem related to DRS,” the 1997 World Champion said on the ‘F1 Nation’ podcast.

“Because of the acceleration due to the DRS being opened and then getting in the tow, the car behind is passing at a much higher rate and its nearly always just before the braking zone.

“It is maximum speed so if one guy hits the braking zone just before the other person has judged it… we saw obviously a great move with Carlos Sainz who was approaching his old team-mate and he kind of guessed what Lando was going to do.

“Lando’s classic late minute jink to the right to try and block of the right, Carlos had to quickly adjust himself.

“A fraction of a second wrong and then that’s another car launched on top of another.

“And if you look at the Indy, racing at 200mph all the time, that is verboten. You know last minute moves like that on a car going that fast is not what you do in Indianapolis, and these guys are going Indianapolis speeds now.”

Sainz gets past Norris and moves up to P8#SpanishGP 🇪🇸 #F1 pic.twitter.com/JIt5bKoDNo

Hill believes there are better solutions to make overtaking easier during grands prix.

“I don’t like DRS,” he added. “I thought maybe at first it was kind of a neat gadget to have it, but I have to say that I don’t like it.

“I think what they need to do is increase braking distances.”