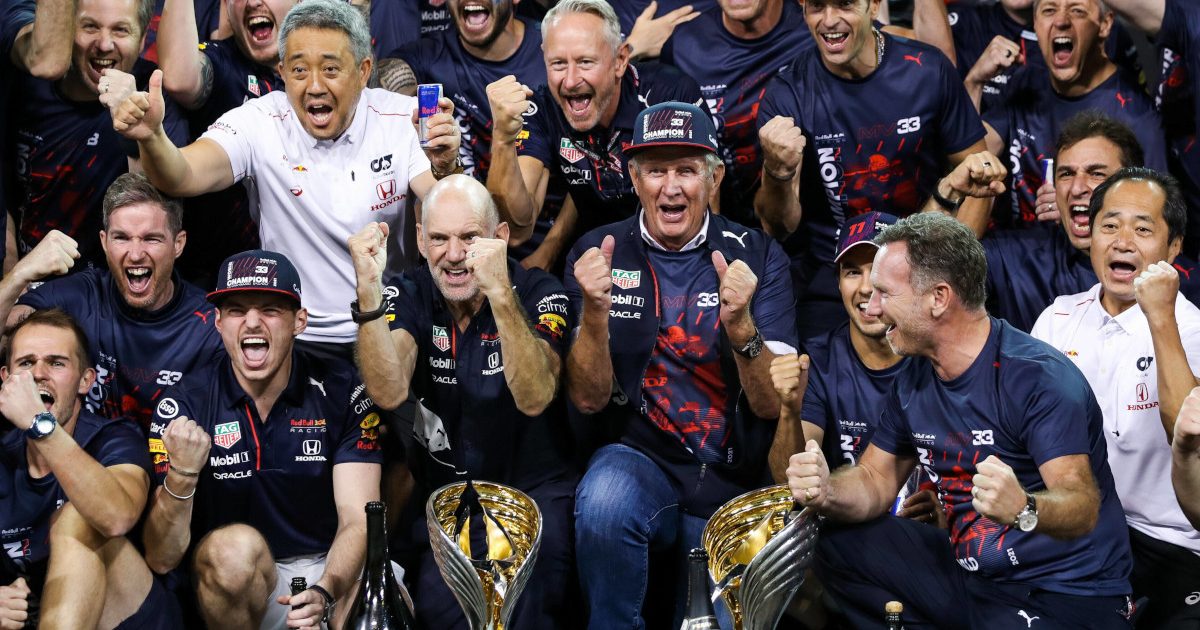 Damon Hill has accused Red Bull of “playing rough” with Michael Masi and “persuading” the race director to make a controversial call at the Abu Dhabi Grand Prix.

Sunday’s season finale looked to be a sure thing for Lewis Hamilton, the Briton up by more than 10 seconds ahead of Max Verstappen heading into the final 10 laps.

And then came the Hail Mary pass that the 24-year-old and Red Bull needed, Nicholas Latifi crashing his Williams and bringing out the Safety Car.

Red Bull pitted Verstappen as they had nothing to lose, while Mercedes kept Hamilton out as he would have lost track position.

Initially, it still seemed as if the race win and the title were going to Hamilton, Masi telling the field the lapped cars, of which there were five between Hamilton and Verstappen, could not un-lap themselves.

He then changed his mind, that coming after a conversation with Red Bull team boss Christian Horner.

Mercedes were furious as it gave the advantage to Verstappen, the Red Bull driver on soft tyres to Hamilton’s more than 40-laps-old hard Pirellis.

Hamilton was unable to defend, losing the race win and the Drivers’ Championship title to Verstappen.

“I think it’s a new style of race directing. I think Mercedes have struggled with the decisions that have been made.

“Red Bull played rough, but they have persuaded the race director that cars should be allowed to race and it should be a robust kind of formula, and they have prevailed.”

Sunday’s win brought Verstappen’s tally for the season up to 10, the Dutchman winning the title by eight points ahead of Hamilton.

But while Hill may not agree with Red Bull’s tactics and the spirit in which they played the game, he says the “right man won” the World title.

“You can’t have them both win, unfortunately,” he said.

“I think Max has fought valiantly. I think the right man won, if there can be such a thing.

“I feel for Lewis. He’s fought with everything he’s had and with Mercedes too. But they are up against a very formidable Red Bull team and driver.”

Mercedes protested after the race but the stewards dismissed that.

The Brackley squad have announced their intention to appeal though and have until Thursday to do so.