Home News Hill on the ‘ridiculous’ and ‘out of control’ Mercedes 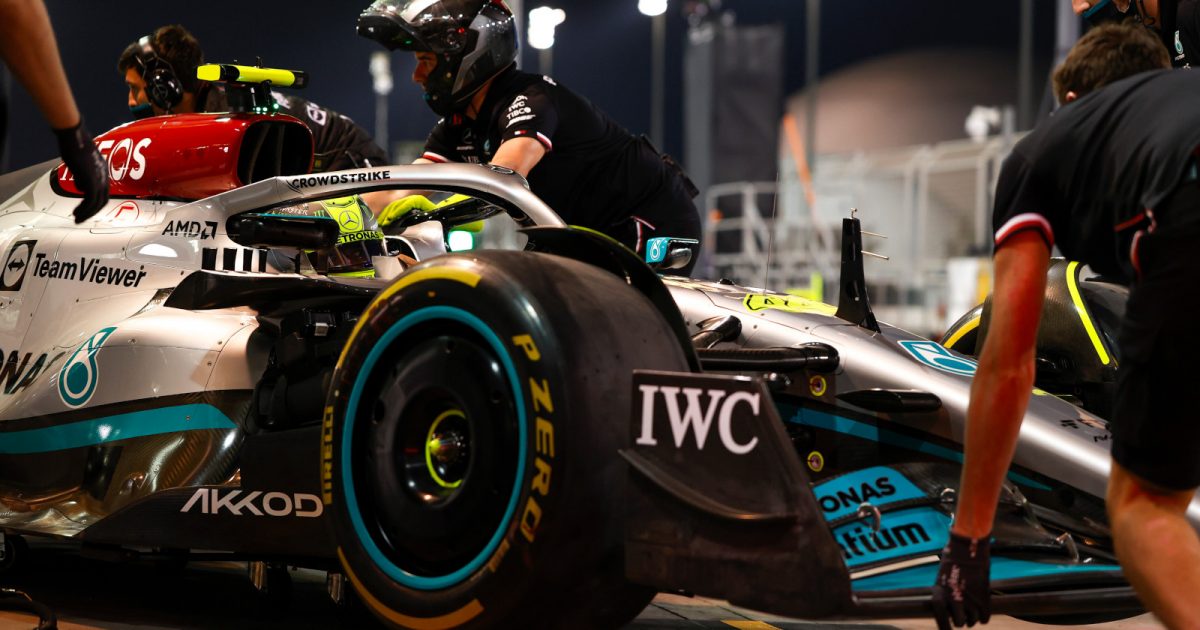 Damon Hill says the Mercedes’ W13 is “out of control” with the extreme porpoising seen in Bahrain’s practice sessions.

Mercedes arrived at the Sakhir circuit downplaying their chances of success, claims that rivals scoffed at.

But, based on what was seen out on track on Friday, it seems their concerns are valid.

George Russell was sixth-tenths slower than pace-setter Max Verstappen with Lewis Hamilton 1.2s down on his 2021 title rival.

And it is mainly because Mercedes have yet to get a handle on their porpoising issues.

The team trialled two different floor configurations on Friday in the hope that one would stand out, and while trackside engineering director Andy Shovlin says they did get a “clear read” on which was “best for the bouncing”, it was by no means resolved.

Hill, watching Hamilton put in a lap, was shocked by the amount of porpoising the Mercedes suffers.

“Possibly they did a big set-up change, which is why they were late getting out, but it didn’t work,” Hill said on Sky Sports F1.

“You could see from the onboard camera [Hamilton] was getting a proper shaking around. Whether he can actually see is one question!

“As the speed increases, the oscillation gets greater. You get the occasional bump, but this is ridiculous. That is just out of control stalling and releasing.”

Hamilton’s team-mate Russell had a slightly better time of it with Hill reporting: “George didn’t look so bad, he didn’t seem to have the same degree of problem.

“I mean, if you’ve got the same set-up and then one car is doing it and the other car’s not, you’ve got a real problem!”

Hill had previously suggested that Mercedes’ zero-pods could be part of the problem.

“I’m not an engineer or an aerodynamicist, but one of the issues they had was the flexing of the floors,” the 1996 World Champion explained on the F1 Nation podcast.

“There is so much suck coming from under the floors now that I think they’re having trouble keeping control of the floors, that is why they’ve put these floor-stays in.

“If you look at the Mercedes, there is a vast area because they’ve got such slim sidepods, there is not much there to hold the floor up and it could be that they’re getting more of this flex which is creating a problem to control the aerodynamics at the back of the car.

“So it could be that once they get that fixed, that they will be able to control the downforce.”