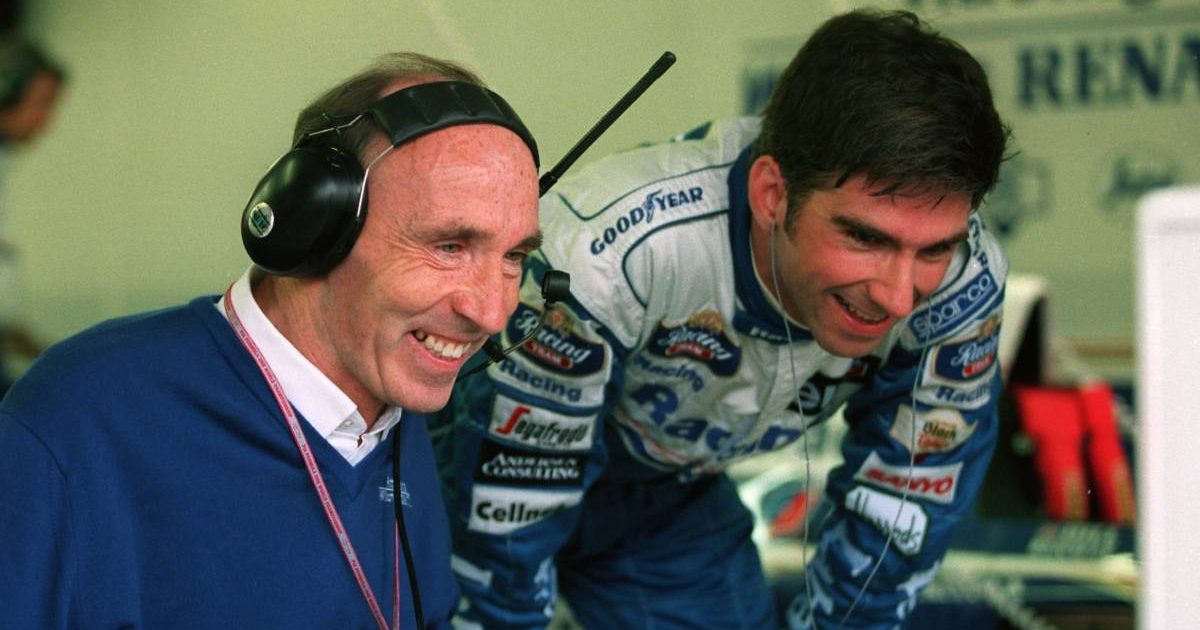 Damon Hill says he will be “forever indebted” to Sir Frank Williams – whose contribution to Formula 1 he has compared to Enzo Ferrari’s.

Williams has died at the age of 79 having enjoyed an immensely successful career in F1 that began in 1969 and ended with 16 World Championships in the bag – nine Constructors’ and seven Drivers’.

Hill was directly involved in four of those, three Constructors’ and his own Drivers’ title success in 1996 which proved to be his final season with the team.

As one of the greatest independent team owners in Formula 1 history, Hill likened his fellow Briton to another entrepreneur whose name not only lives on within the sport but also transcends it.

But only one Sir Frank Williams. 💙 #F1 pic.twitter.com/zAxnRmeK6l

“Sir Frank gave me such a chance in my lifetime and I am indebted to him forever. He was a very important person in my career and also a huge contributor to our sport,” Hill told Sky Sports.

“Frank had a passion for cars, for racing. There was nothing else he was really interested in doing and he was just remarkable in every respect.

“His dedication to his team…he spent every penny he could get on the car rather than on the drivers – that was always an interesting conversation!

“But he was right to do that – he gave us the best equipment, he and Sir Patrick (Head) and everyone at Williams gave their drivers everything they needed to fight for championships, and that’s all he wanted to do.

“His record will stand for a very long time. As an individual team owner and founder, there won’t be another one again, I think, now the nature of the sport has changed slightly.

“I would say the only person I can compare him to is Enzo Ferrari. He was as passionate about his cars and as dedicated to running a team and seeing his cars on the track. I think he epitomised something of the team owner/competitor. He loved Formula 1 and loved racing.”

Although the Williams family are no longer involved with the running of the team, which changed hands in the summer of 2020, Hill believes the famous name will live on in F1.

“He’s a huge part of the history of the sport and the name carries on in the team,” he continued.

“I know they are very proud to carry that name and I think the new owners will be very keen to persist [with it] and remind everyone of the heritage Frank passed down to them.

“I don’t know how long they will carry on, but the sport is looking very healthy so I have a good feeling that Williams will be maybe back again at the sharp end sometime in the future.”