Home News Hill questions Hamilton: Why are you giving the game away? 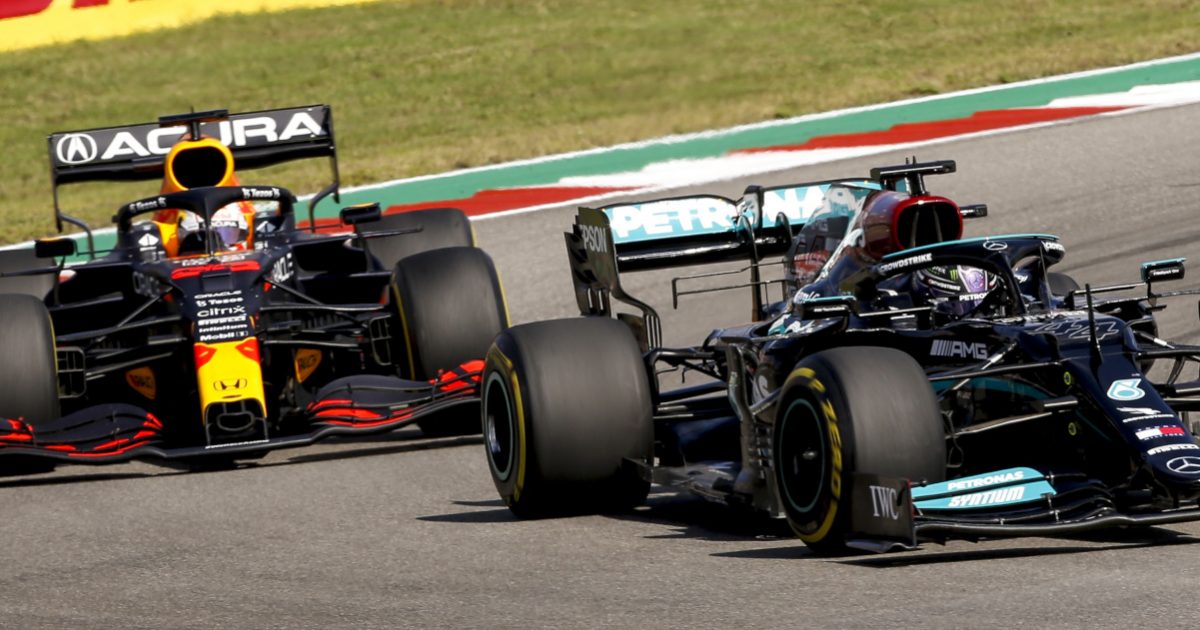 Damon Hill was perplexed by Lewis Hamilton’s radio messages at the United States Grand Prix, “surprised” he had let Max Verstappen know he was struggling.

Although Hamilton started the United States GP from second on the grid, the Briton was quickly up into the lead, taking P1 off Verstappen through the first corner.

Hamilton ran ahead of his title rival in the opening stint before reporting to Mercedes he was struggling to maintain his race-leading pace.

Eyes on the prize, Red Bull quickly pitted Verstappen, giving him the undercut and the race lead.

It was more of the same in the second round of pit-stops, although this time the gap between Verstappen pitting and Hamilton stopping was eight laps.

“It was a terrific race because it was so finely-balanced all the way through,” the 1996 F1 World Champion told the F1 Nation podcast.

“And there’s a little bit of gamesmanship [with] some of those radio calls.

“I was surprised Lewis was on the radio saying ‘I can’t keep up the pace’, as he does sometimes.

“You think ‘why are you giving the game away?’

“Then Max was saying ‘I can see him sliding around’ and then pitted and completely outfoxed Mercedes.

“[Verstappen] got track position back from his pole position that he lost in effect, then controlled a very, very tight race. It was thrilling from beginning to end.”

The story of this incredible season continues in Mexico 💪 #USGP 🇺🇸 #F1 pic.twitter.com/UZZBaCtMwI

The race started with the title protagonists fighting for the lead into the opening corner, Verstappen trying to push Hamilton wide to get him to back off before they arrived at Turn 1.

The reigning World Champion held his nerve, had the inside line into the corner and took the lead.

As the strategies played out, Hamilton found himself the chaser as he went after Verstappen in the closing stint. The Briton, though, was not able to get within DRS range of the Red Bull and lost by 1.333s.

Verstappen leads the Drivers’ Championship by 12 points ahead of Hamilton, the Dutchman doubling his lead with his first United States Grand Prix win.

“I think it will be difficult for Max to keep his cool now,” Hill said.

“Because he’s sort of got just a tiny little glimpse of light at the end of the tunnel, that little light that says ‘you’re a World Champion’.

“I think, my God, to keep your cool now…you know it can all swing the other way. In some senses, it’s yours to lose. You’ve almost got it but you can lose it, and that’s a tension as much as it’s a relief.

“Sometimes it’s harder to hold this precious thing and protect it than it is to chase after something.”