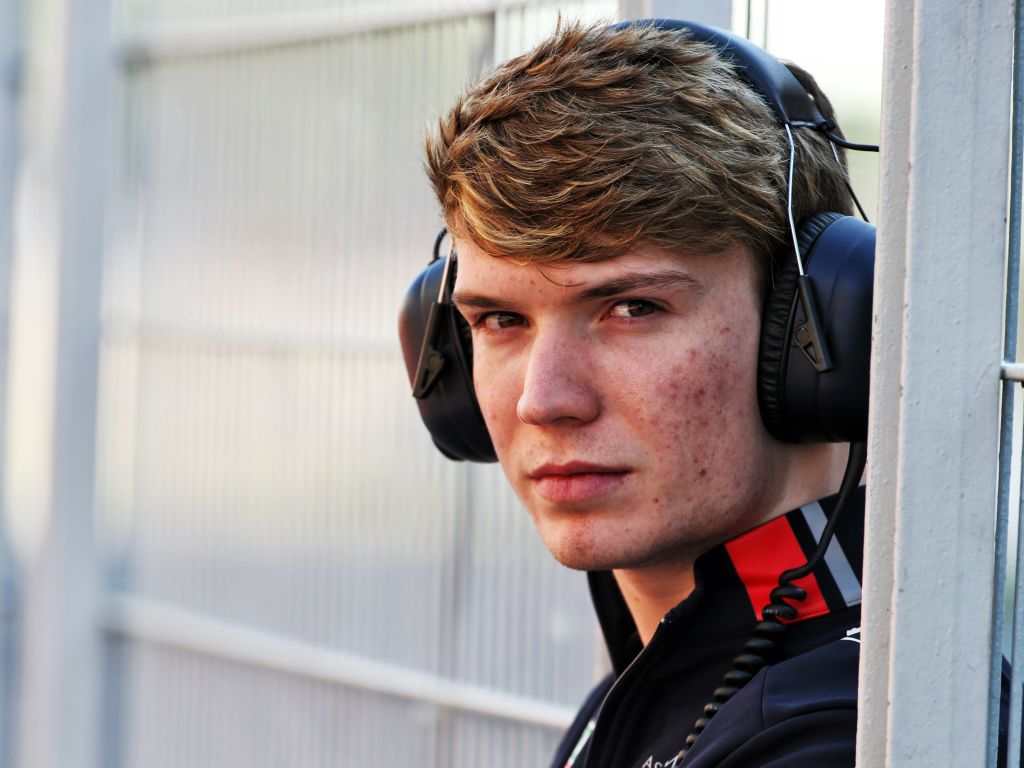 Dan Ticktum said his first win in Formula 2 proved a point to Red Bull driver programme boss Helmut Marko that he was wrong to “doubt” him.

The Brit began his racing with Red Bull’s backing in 2017 and was awarded the BRDC McLaren Autosport Award in 2017, as well as being named the Autosport National Driver of the Year in 2018.

But after competing in the first three rounds of the 2019 Super Formula Championship Red Bull confirmed that they were dropping Ticktum from the junior programme.

It’s safe to say Ticktum didn’t take that split well and to this day races with the intention of proving himself.

Now a part of the Williams junior set-up, Ticktum claimed his first Formula 2 victory during the British Grand Prix sprint race, leading every lap in his DAMS car.

And the British driver made sure to get a mention in for Red Bull and Marko in the press conference after his win, saying it “proved his doubt in me wrong”.

“A lot of people will know my career hasn’t been plain sailing, let’s say,” he said.

“I think my last win was Macau 2018, or maybe I won one race in between, but last big win was back then.

“There’s a significance in that, but – [and] I don’t want to go too much into my past – obviously being dropped by Red Bull is a big blow to your career.

“So, to get yourself into a team that’s won the [teams’] championship in F2 the year after being dropped is… let’s say they believe in me, which is always a nice feeling.

“And to start delivering results as well is kind of, I don’t know [about] choice of words, I need to be careful here, but I think everyone knows what I’m getting at.

“It sort of proves his [Marko’s] doubt in me was wrong, let’s say. So, there we go – it’s a nice feeling for lots of reasons, let’s just say that.”

Certainly he is a long way on from the prospect who earned himself a two-year ban from racing after crashing into his old MSA Formula (now British Formula 4 rival) Ricky Collard behind the Safety Car at Silverstone in 2015.

“I think my reputation hasn’t been fabulous,” Ticktum added.

“Going into this year, I knew that I had some stuff to work on, but I believe I’m ahead of what a lot of people perceive me as.

“So this year for me is very much trying to prove that actually I could be good enough for Formula 1, [that] I am a complete enough driver to manage things and take on-board things and learn quickly and adapt – all the things that you need to be in Formula 1.

“Because I definitely had some doubters, obviously, as everyone knows. So this year for me is really proving that I am a complete enough [driver], or a complete package, that an F1 team would be seeking.”