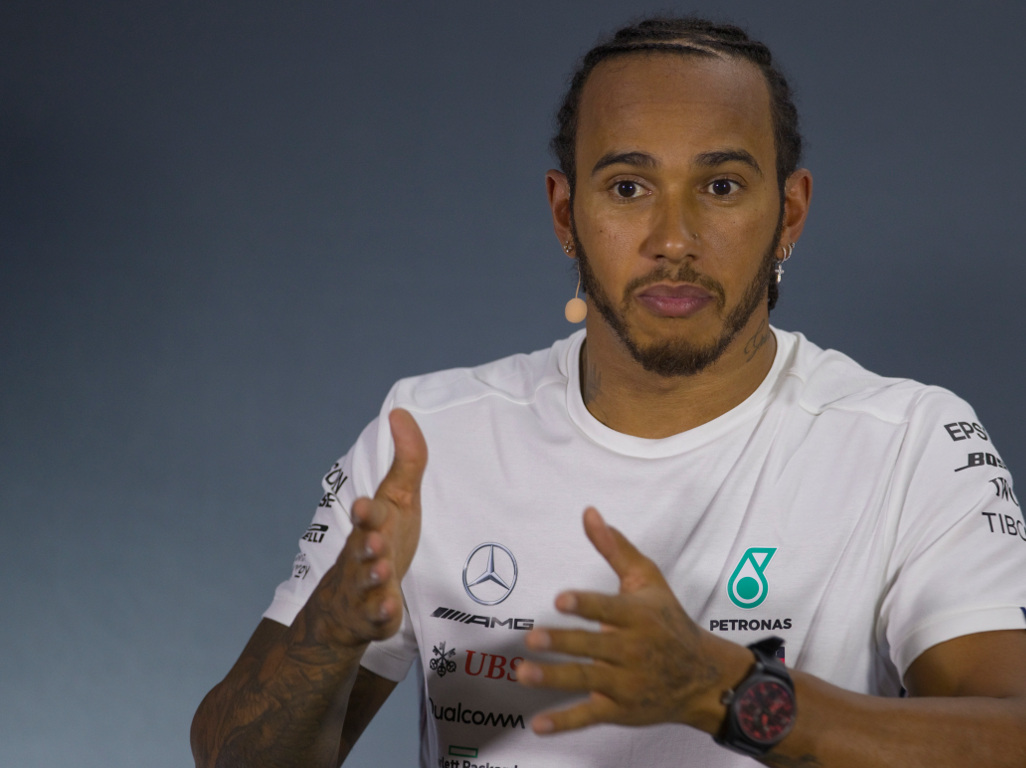 Lewis Hamilton has warned the F1 drivers will continue to play the farcical tow game that ruined qualifying at Monza, at least until such a time as someone crashes.

Saturday’s Q3 for the Italian Grand Prix saw just two drivers cross the line in time to start a final flying lap after everyone slowed down on their out-laps to try force someone else to be the lead car.

Nico Hulkenberg even went as far as to make a ‘mistake’ at Turn 1, taking to the run-off area to avoid being the number one car.

That, though, didn’t work well as the rest of the pack backed off, trying to force him to return in position one.

Eventually Carlos Sainz and Charles Leclerc gave up the game and were the only two to cross the line to start a flying lap.

Hamilton, who didn’t get in a second run, reckons this tow game is a dangerous one to play.

“I mean on the out-lap it’s dangerous for us all,” said the Mercedes driver, who finished P2 on the day.

“There are people slowing down, you don’t know who is alongside you and that.

“It’s definitely risky business out there but it’s kind of enjoyable at the same time.

“Everyone was slowing right down and also blocking the way, so you couldn’t really get through.

“It was pretty dangerous.

“I nearly crashed a couple of times trying to stay out of the way of the guys that were braking ahead of me and then people trying to come past me.”

And the Brit has warned F1 can expect more of the same at tracks were the tow makes a difference.

“I’m sure it’s going to continue. Positioning is key.

“If we were to… everyone going out as late as we just did there, for example, with two minutes to go, it’s going to continue to be an issue in places where you particularly need a tow.

“It won’t be until someone crashes that they’ll change it, most likely.”

The FIA did bring in a new minimum out-lap time ahead of qualifying in an attempt to avoid such a situation, however, the drivers ignored that.

“It’s the system probably needs to shift a little bit maybe,” Hamilton added. “I don’t think they should start handing out penalties.

“We just need to look upon it and reflect a little bit and see what we can do to make it better, make it better for the fans and make it less dangerous.

“Like they already made a change today that we have to finish the out lap within a certain delta time but even that’s still too slow.

“There’s improvements we can make, for sure, for safety but also for the spectators to watch.”