Home News Ricciardo: Any team could get a podium this year 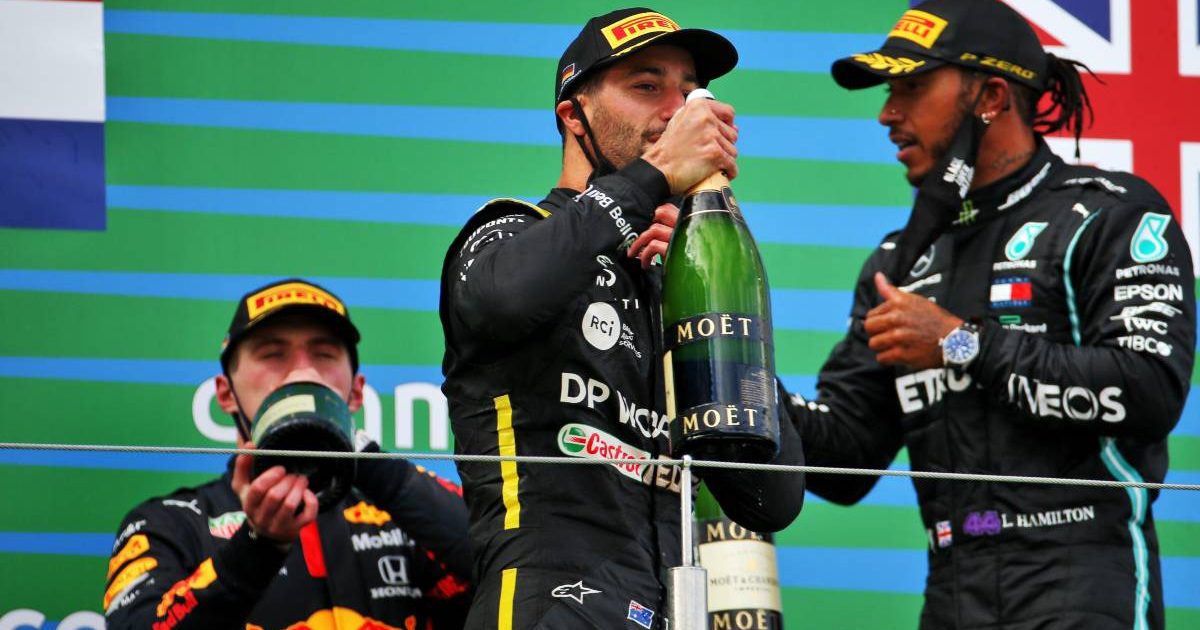 Daniel Ricciardo believes any of the 10 Formula 1 teams have a chance of finishing on the podium during the 2021 campaign.

Last season, seven constructors enjoyed at least one top-three race result, with a huge gap in the final standings between AlphaTauri on 107 points and eighth-placed Alfa Romeo on just eight.

The highest grand prix position achieved by any of Alfa Romeo, Haas and Williams was P9, with none of that trio ever having threatened to get on the podium during 2020.

But according to Ricciardo, that could change this year – even though the regulations have remained relatively static compared to the new F1 era that will begin in 2022 with the aim of creating closer racing, it will still be an interesting one for any sports betting in Indiana fans, or anywhere for that matter.

Ricciardo, of course, is currently preparing to make his competitive debut in a McLaren, having joined the team this year and taken part in the first launch and shakedown run staged by any of the constructors.

“I see it as any team have a chance at a podium, if not every team then most of them,” said Ricciardo, quoted by GP Fans, having finished third twice in the second of his two years with Renault before moving to McLaren.

“It will be tight again but they [podiums] are my motivation and hopefully my experience comes out on top in whatever battle that is.”

“A big thank you for all the support this week.” 🧡

While McLaren, who have gone back to Mercedes engines for 2021, will hope to close the gap to the top two after finishing P3 in the constructors’ World Championship last season, Ricciardo knows the immediate battle will be to again beat every other team on the grid.

“Looking at last year there was really a rivalry with most of the field,” said the Australian, referring to the fact Renault were competing against McLaren, Racing Point, Ferrari, AlphaTauri and Alex Albon’s Red Bull.

“I know not every team, but more teams than not finished on the podium last year so the battle to fight for the front was getting much more intense.

“You’ve still got Mercedes with the target on their back, but for the rest of us we are really trying to close that gap, so whether it’s Ferrari or another team I think it will be close again.

“Obviously you have Carlos [Sainz] now at Ferrari, so I guess that’s something there, but I think in general it’s really the whole field trying to close up to the front.”