Home News Ricciardo ‘agitated’ after loss of speed in Q3 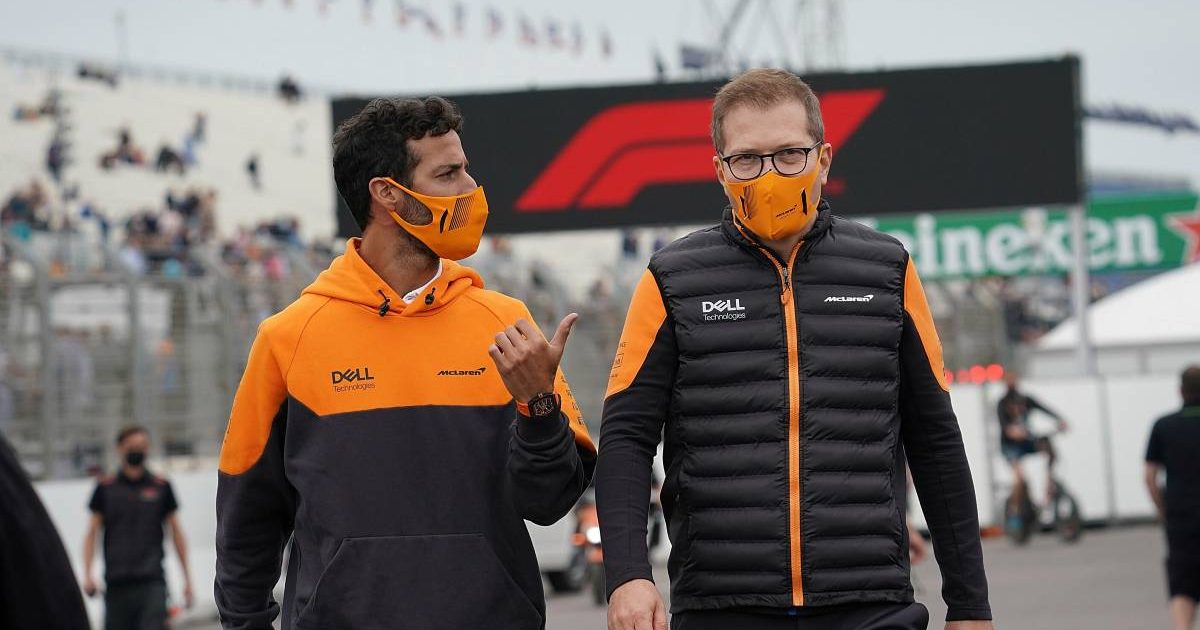 Daniel Ricciardo admitted to being “a little agitated” after his Q1 and Q2 promise at the Dutch Grand Prix dissipated in Q3.

The McLaren driver would have expected a higher grid placing than 10th after the first two parts of the qualifying session at Zandvoort, even though he had needed a quick lap at the end of Q1 to ensure he progressed.

But after a highly encouraging P6 in Q2, the Australian ended up in what he described as “the worst” position for the first F1 race in the Netherlands for 36 years – because all the drivers behind him will have a free choice of tyres.

It was a disappointing Saturday all round for McLaren because the ultra-consistent Lando Norris fared even worse than Ricciardo, only 13th quickest although he was badly compromised by the two red flags caused by Williams crashes that brought an early end to Q2.

That’s the chequered flag on Qualifying. 🏁

The team will line up with Daniel in P10 and Lando in P13.

Asked what had gone wrong in Q3, Ricciardo told Sky F1: “I don’t know, that’s why I’m a little agitated right now because we didn’t change anything.

“I think Q1 was solid, we just kind of let the car be and let the track come to us.

“Q2 I think showed that – it was another good step and I was certainly comfortable, and then in Q3 I don’t want to say it came undone but we lost speed and I’m not sure why.

“I immediately felt it in Turn 1, like a lack of grip, but the answers we’re not sure of at the moment.

“It could just be that there was a red flag, the wind changed or whatever, but obviously everyone else was able to find speed.

“I think being 10th in Q3 is like the worst [position], obviously frustrated with that. It was looking very good as well.”

Norris was “annoyed” with himself and not prepared to blame the shunts involving George Russell and Nicholas Latifi for his unusually low position deep in the midfield.

“I think the car is just not the most competitive we’ve been this season so without putting in a perfect lap, without getting a bit of a slipstream, it’s extremely difficult to get into Q3,” the Briton told Sky F1.

“Daniel did a good enough job, he got into Q3, so it was there but I just didn’t put that perfect lap together. I just didn’t have the confidence in the car to nail it like he did.

“I’m annoyed I didn’t do a good enough job but not concerned or worried. It’s my first weekend of the year when we’ve not put it all together when we’ve needed to.”