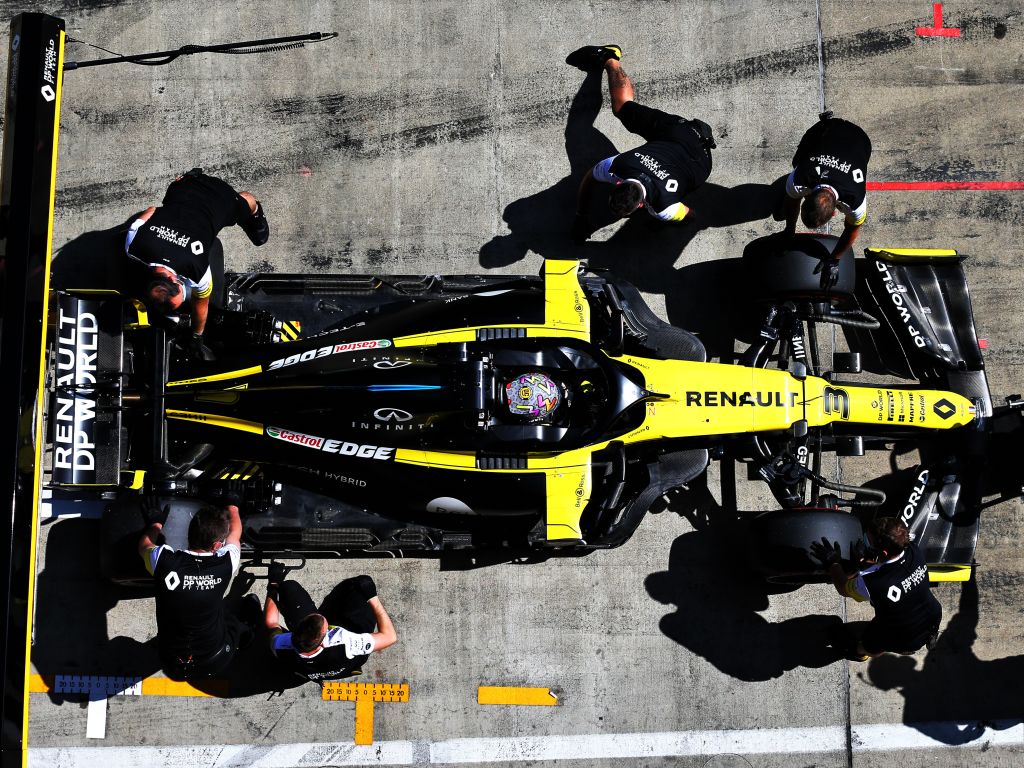 Daniel Ricciardo was uncharacteristically downbeat after he was forced to retire from the season-opening Austrian Grand Prix with a suspected “cooling issue”.

The Renault driver was in the hunt for points at the Red Bull Ring even before the chaos began, but on Lap 19 shortly after Max Verstappen’s retirement, Ricciardo also suffered a loss of power and was forced to return to the pits to retire.

It was certainly a comedown from the promising pace Renault had shown in qualifying, and Ricciardo said it was definitely the team’s race pace which needed work, despite this cooling issue being to blame for his DNF.

“I heard it was a cooling issue,” Ricciardo told reporters at the Red Bull Ring.

“So we had to retire before we did more damage.

“It’s a shame obviously, first race back, it’s a memory of what the sport can be like.

“I think the positive from this weekend is that in qualifying, low-fuel the car is strong, but I think on high-fuel we need to learn a little bit more.

“That’s an area where we can improve.

“The low-fuel is really good though, so we’ll try to learn, even though I only did 16, 20 laps there is a lot to take from that.”

Formula 1 will of course remain at the Red Bull Ring for the Styrian Grand Prix next weekend.

But asked if he was out for revenge next week, Ricciardo’s subdued reply was: “We have another chance, so we’ll learn and do better.”

His team-mate Esteban Ocon was taking part in his first race since the 2018 Abu Dhabi Grand Prix.

And despite falling to P16 at the end of the last lap he was able to recover to P8, making it a points-scoring return to the sport.

Speaking to Motorsport.com after the race, he said: “We were pretty disappointed after yesterday’s qualifying.

“Obviously, we took a slap, we didn’t do things as well as we would have liked.

“The performance was not present as it would normally have been.

“It feels good to get back in the points, to have a good race, to relearn a little bit about everything. Getting back in the car like that, it was pretty nice, it gave me a nice workout in real circumstances! I hope it will help me progress for next week.”

Unlike his team-mate, Ocon feels the R.S.20 has “very good” race pace.

“I’m pretty happy with how the race went,” he confirmed.

“It’s clear that a lot has happened, we had to stay on the track and we managed to do it. The car had a very, very good pace in the race.

“I was really surprised at how I managed to catch up with the others. We really need to qualify better and we should make our lives easier for the next one.

“From where we qualified, it’s still good to have finished in the points. That was the purpose of this first race here. We’re going to have to work and create a better rhythm on Saturday, and then we can fight with the other cars.”