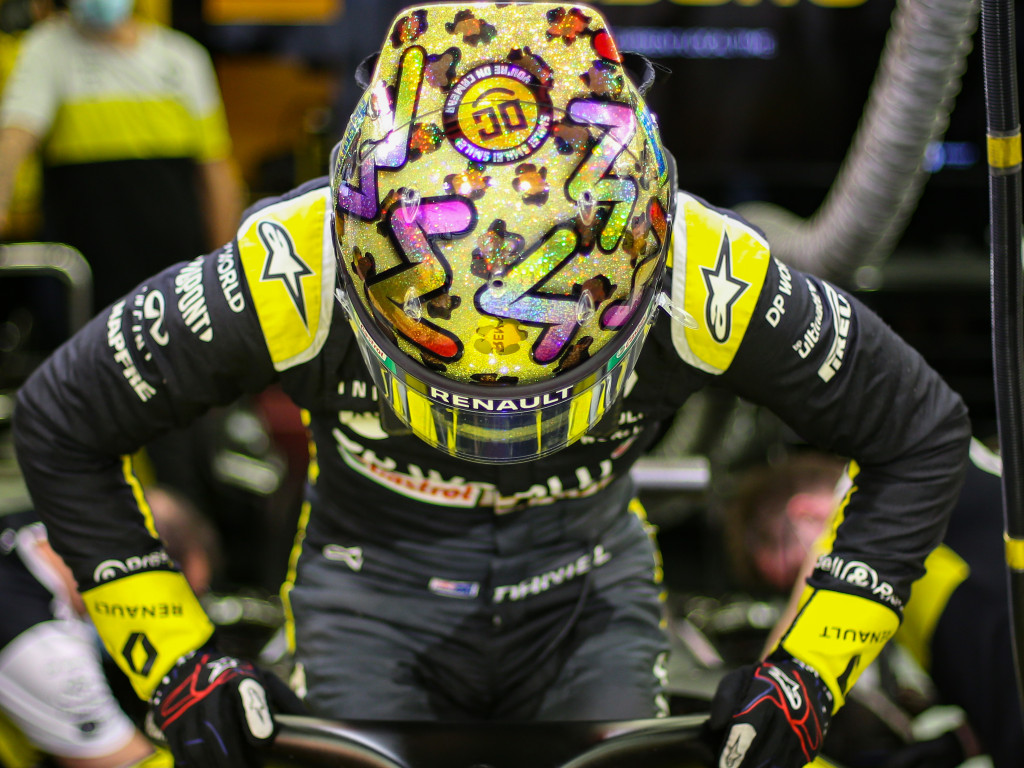 Daniel Ricciardo says he is looking forward to what should be at least a two-stop Bahrain Grand Prix for all the drivers.

One-stop races have become a common feature of Formula 1 in 2020, but the abrasive surface of the Bahrain International Circuit means that tyre degradation is high.

So with that in mind, Ricciardo is looking forward to a Bahrain Grand Prix with various different strategies on the table.

“In the morning we were steady, but in the evening we picked it up and with a few changes for FP2 the car felt good,” he told reporters back in the paddock.

“I think one-lap pace was decent, long runs I think it’s going to be a two-stop quite clearly here, we haven’t had one of those in a while in a dry race, so that should create a bit more of a variation on Sunday.”

Ricciardo finished FP2 in P5, within half a second of Mercedes’ Lewis Hamilton who topped the session, but the real star of the evening was a dog that made its way on to the track, eerily similar to the events back at the Turkish GP.

“Yeah, I saw it and then there was a red flag so I questioned if that was for the red flag,” Ricciardo explained.

“It looked quite cute, luckily it didn’t get too close to me. I saw it in the distance, maybe it was 50 meters away or something, it was far enough.”

Pirelli asked drivers to test out their prototype 2021 tyres for at least six laps in both practice sessions, but Ricciardo isn’t exactly sure what they were hoping to achieve.

“They were a little slow, to be honest I’m not quite sure at the moment what we were trying to get from them,” he admitted.

“I think structurally trying to make it a bit safer I guess with what happened in Silverstone, but the front tyre felt a bit weaker so there is a bit less grip.”

Ricciardo’s Renault team-mate Esteban Ocon wasn’t able to break in to the top 10 on Friday but is optimistic for qualifying, saying he and the team look “quick”.

“It’s been a good, first day overall in Bahrain,” he told the Renault website.

“We had a busy plan for the day with some prototype tyre running in preparation for next year, so it was a different kind of practice day and different conditions to normal here with a bit of rain this morning.

“We got into our normal programme towards the afternoon, but that was interrupted a bit with the red flags. Our programme was delayed and disrupted but, other than that, we look quick and that’s a good sign for tomorrow. Our high-fuel runs also looked decent and I think we’re well prepared for the rest of the weekend.”