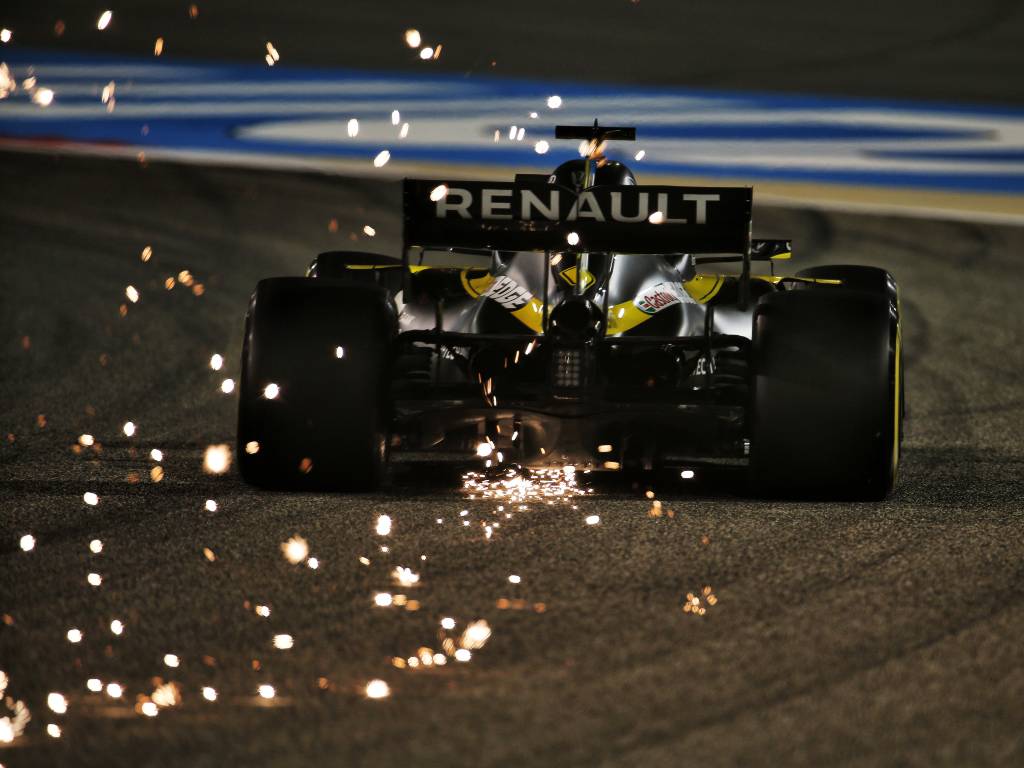 Daniel Ricciardo is planning for he and team-mate Esteban Ocon to gang up on Sergio Perez at the start of the Bahrain Grand Prix.

The Renault duo outnumber the sole Racing Point driven by Perez towards the front of the grid at Sakhir after the Mexican’s colleague Lance Stroll suffered a disappointing qualifying session, set to start the race in P13.

Perez will be fifth on the grid with Ricciardo and Ocon immediately behind him in sixth and seventh respectively for a grand prix that could be pivotal in the tight battle for third position in the constructors’ World Championship.

Racing Point sit P3 with a five-point advantage over McLaren, while Renault are 18 points further back after a Turkish Grand Prix in which they lost significant ground to their main competitors.

“Perez just got us, but he’s there and obviously with Esteban right there as well, the perfect picture for us would be for us both to get him into turn one, hold firm and get some points back that we missed two weeks ago,” Ricciardo told Sky F1.

“His [Perez] long runs are good, normally he’s been good at managing tyres, so we really have to put pressure on him and in a way try to bully him at the start and try to force his strategy a little bit.

“I think if he gets off in clear air he’ll be hard to beat. With both of us around him, hopefully that’s enough to make a difference for the first few hundred metres.”

Ricciardo got the better of Ocon by just 0.002sec in Q3 to extend his supremacy over the Frenchman in qualifying to 14-1 this season – and admitted he felt a slight degree of sympathy for his team-mate, albeit having been at a disadvantage in terms of tyres.

“They’re the ones that really hurt,” said the Australian. “I don’t always sympathise with my opponents but I felt a little bad there for Esteban. Obviously the quali record isn’t really in his favour this year and when you get ones like that I’m sure he’s thinking ‘what do I have to do?’

“But in saying that, now the competitor in me is coming out. He had two sets in Q3, I used both of mine in Q1. I struggled with the first set and had to use it again, which left me with just one used set in Q3, so I made it a little bit harder for myself. I was happy with the last lap.”