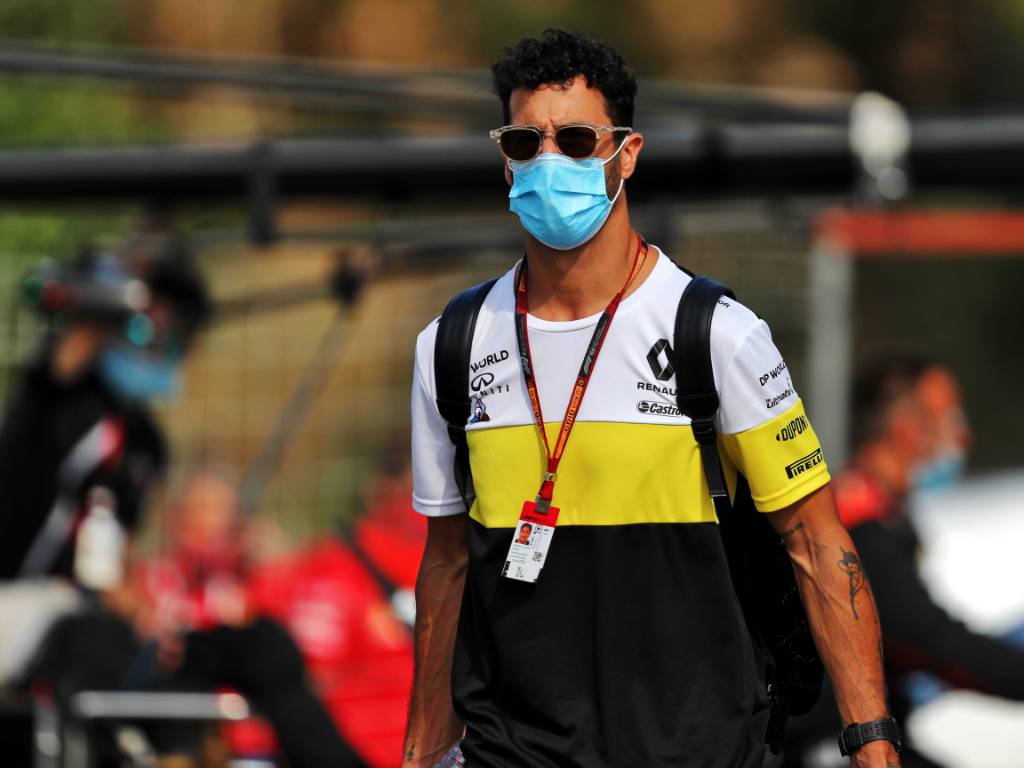 Daniel Ricciardo has described his “panic” over an inconclusive COVID-19 test result in the midst of the 2020 F1 season.

Four racers have now had the coronavirus with Lando Norris, while on holiday this week, joining Sergio Perez, Lance Stroll and Sir Lewis Hamilton who all had to miss at least one grand prix during the campaign due to illness.

Nicholas Latifi has admitted he also had a fright in Barcelona but his symptoms turned out to be tonsillitis instead, while Alex Albon returned an inconclusive COVID-19 test at the Eifel Grand Prix before being cleared to race.

Ricciardo has chronicled his own worrying moment which, if his memory serves him correctly, occurred in the second half of September between the Tuscan and Russian Grands Prix.

“I did actually wake up one morning with [an inconclusive result],” said Ricciardo, who raced for Renault last year and has joined McLaren for 2021, quoted by Autosport.

“I had a scare at, like, 6am one morning. I was then trying to figure it out and had to get tested again. There was a bit of panic and that wasn’t fun.

“I was fine in the end, but that obviously was something I hadn’t kind of gone through before. And then you kind of start playing games in your head, like ‘do I feel a little [unwell], maybe I do have it!

“That was a bit of panic one morning actually.”

Perez was the first F1 driver to contract COVID-19, having to miss the races at Silverstone on the first two Sundays in August following a trip home to his native Mexico.

However, rather than during that visit, his Racing Point team thought he had picked up the virus from a personal chef he had hired on his return to Europe.

Ricciardo felt Perez’s positive test result acted as a wake-up call about the risks drivers were facing and the possibility of missing races, prompting him to become increasingly careful as the year went on.

“As the season went on, I became more and more disciplined with isolating or just taking care of myself, especially after Checo got it.

“I was like ‘okay, this isn’t a joke’. I was being very careful, so I was quite surprised. In the end I didn’t have it.

“But I was scratching my head. It still scared me though.”