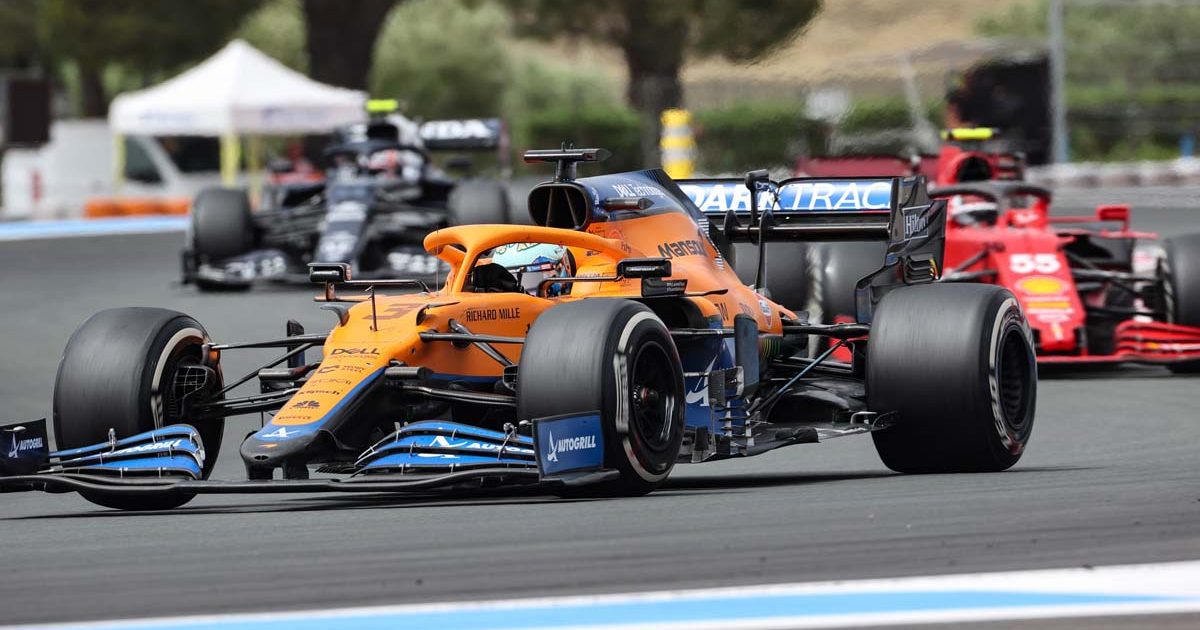 Daniel Ricciardo said McLaren proved there are still “big opportunities” in races, despite being out-paced by both Ferrari cars in qualifying in France.

But bizarrely, the Scuderia were out of sorts during the French Grand Prix, starting P5 and P7 but finishing the race P11 and P16 respectively with a mystifying lack of pace at Paul Ricard.

Both drivers blamed tyre troubles for their slowness on Sunday, but Ricciardo was happy that he and McLaren were able to take full advantage and jump 16 points clear of their rivals in the Constructors’ Championship.

“It’s a crazy situation today,” Ricciardo told Sky Sports F1 when asked about Ferrari’s loss of pace. “What’s really encouraging after a race like this is, after Saturday, we weren’t quite there yet – but this shows that we shouldn’t get discouraged.

“It still allows a lot of hope for a Sunday and days like today prove there’s still some big opportunities.”

The race in France proved to be one of Ricciardo’s strongest so far at McLaren, battling his way through the pack after a good start that saw him leapfrog Lando Norris in the team’s sister car, eventually coming home P6.

Having struggled in the beginning of the last race at Paul Ricard two years ago, he revealed that he looked back to find inspiration for his latest attempt at the French Grand Prix.

“It was a fun race, I actually watched my on-board from 2019, my start. I just stayed in the middle and got boxed in, so I thought ‘don’t do that again’,” he added.

“So I stayed on the outside and went for it. It was just a fun race, having some battles and being able to do that.

“Typically, it’s not always a track that allows us to fight that hard so I was really pleasantly surprised that it was a good race all through the field today.

“I think in the first stint, everyone was suffering a bit but we suffered a little less, so it was nice to see them suffer and sweat a little.”

That’s P5 for Lando and P6 for Daniel at the #FrenchGP. 🇫🇷🏁

More points on the board to mark a great weekend of racing for the team. 👏 pic.twitter.com/SEWohncbQs

With the Australian making moves throughout the field, he looked closer to his normal self in France – adding that he’s still looking to improve on his racecraft in the upcoming Grands Prix in Spielberg.

“The first stint was really strong. I think with the hard [tyre], I was a little less competitive,” he said. “There’s certainly some things still to improve on but, for the most part, definitely a productive weekend and I enjoyed being able to attack and using the brakes a little better and getting back to some old skills.

“I think coming to Austria now, there’s a few big braking zones, particularly up the hill so that’ll be a good test.

“We did change a few things on my car to kind of help with [braking] this weekend, so the real test will be Austria.”