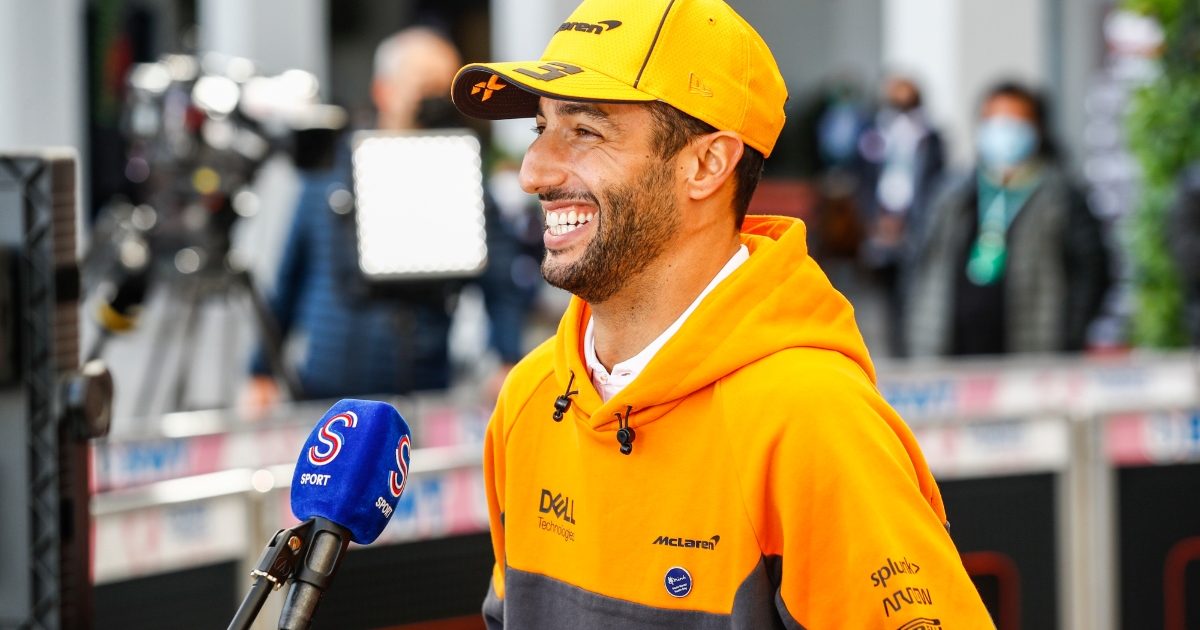 Daniel Ricciardo says driving one of his “hero” Dale Earnhardt’s NASCAR cars in Austin will be a “dream come true” for him.

When the Australian signed for McLaren, their CEO Zak Brown said that if he scored a podium in his first season, the American would let him drive one of Earnhardt’s – Ricciardo’s idol – race-winning NASCAR Chevrolets in his ownership.

Ricciardo won that bet at the Italian Grand Prix, winning the race ahead of his team-mate Lando Norris to secure the team’s first victory for almost a decade.

It has now been confirmed he will take to the track in the car at some point during the United States Grand Prix weekend at the Circuit of the Americas.

He says doing so will be a “surreal” dream experience for him.

“To top off the weekend, I’ll also be getting behind the wheel of Dale Earnhardt Snr’s 1984 Wrangler Chevrolet Monte Carlo,” Ricciardo said in the team’s preview for the weekend.

“He’s a big hero of mine, so to be able to drive one of his cars will be a surreal moment and a bit of a dream come true.

“A big thanks to Zak for keeping his end of the deal and making this happen. I can’t wait!”

Ricciardo has always been vocal about his love for the city of Austin as well as the circuit specifically, where he has enjoyed a fair amount of success over the years.

He will need another strong result this time around, especially given he struggled and failed to score points last time out at the Turkish Grand Prix.

With the work done since then and the fact the track seems well suited to his car, the 32-year-old is feeling confident.

“The city of Austin is a special place known for its brisket, BBQ and all that good stuff. Not to mention COTA is arguably one of the best tracks we get to race on,” he said.

“We need to make up for missing out on being there last year, so we will be working hard for a good result.

“We’ve taken the time between races to analyse, understand and learn from what happened last time out. We are ready to move on and focus on the challenge of this weekend.

“I think some sections of the track will suit us, so we should be in the mix for some points come Sunday.”