Home News Ricciardo ready to ‘f*** this year right off’ 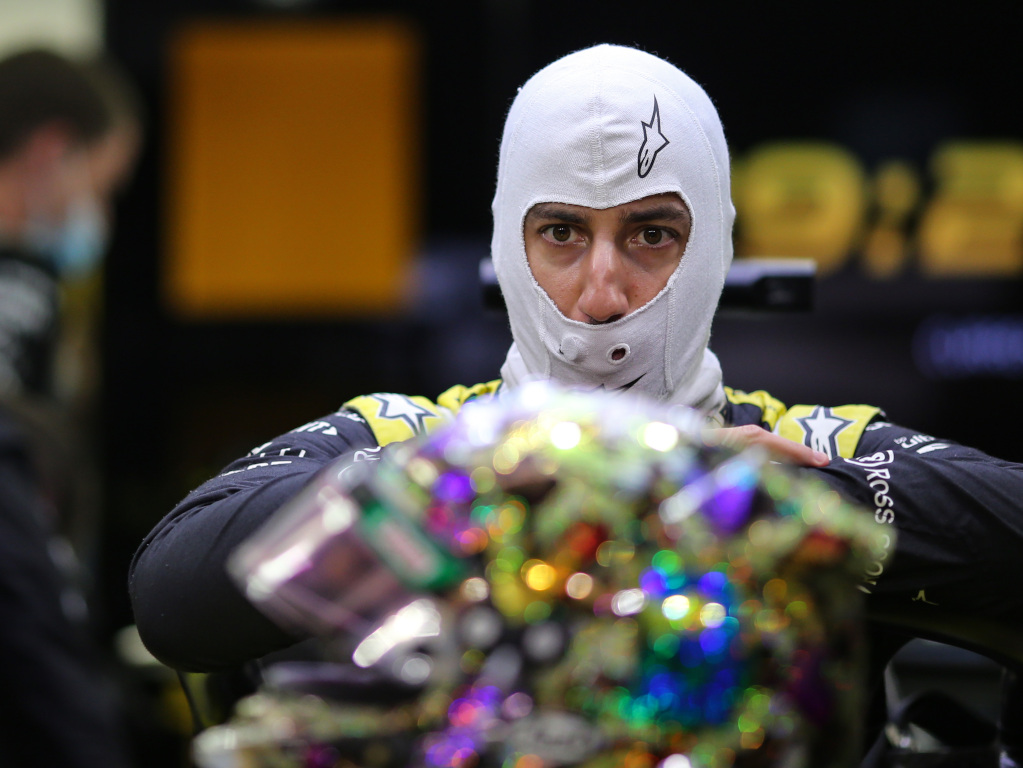 Daniel Ricciardo is determined to say goodbye to 2020 with a strong showing in Abu Dhabi after a “pretty filthy” Sakhir night race.

With Max Verstappen out on the opening lap, it initially looked as if Carlos Sainz and Ricciardo would be the two drivers fighting one another to join the Mercedes team-mates on the podium.

However, an ill-timed pit stop, stopping as a Virtual Safety Car was ending, cost both drivers positions and they fell towards the back of the points.

Drama for the Mercedes team-mates, George Russell and Valtteri Bottas, also mixed up the field with Sergio Perez taking the win ahead of Esteban Ocon and Lance Stroll.

Ricciardo had been ahead of all three before his ill-timed pit stop.

“What an insane race last night,” said the Renault driver. “Where do I start?

“Fifth for me seems okay on paper but yeah not the best executed race. Was pretty filthy but all good.

The drivers will line up for the last time this Sunday on the Abu Dhabi grid for the 17th and final race of the championship.

Ricciardo is P5 in the standings, 13 points behind Perez.

The Aussie took the time to congratulate Perez and his own team-mate Ocon, both of whom recorded firsts on Sunday.

“First podium for Esteban Ocon, congrats to him and the Renault team.”

But while they celebrated, Ricciardo says he felt for Russell after a “colosal f*** up” from Mercedes cost him a first grand prix win.

He did, however, cross the line in ninth place so scored his first F1 points.