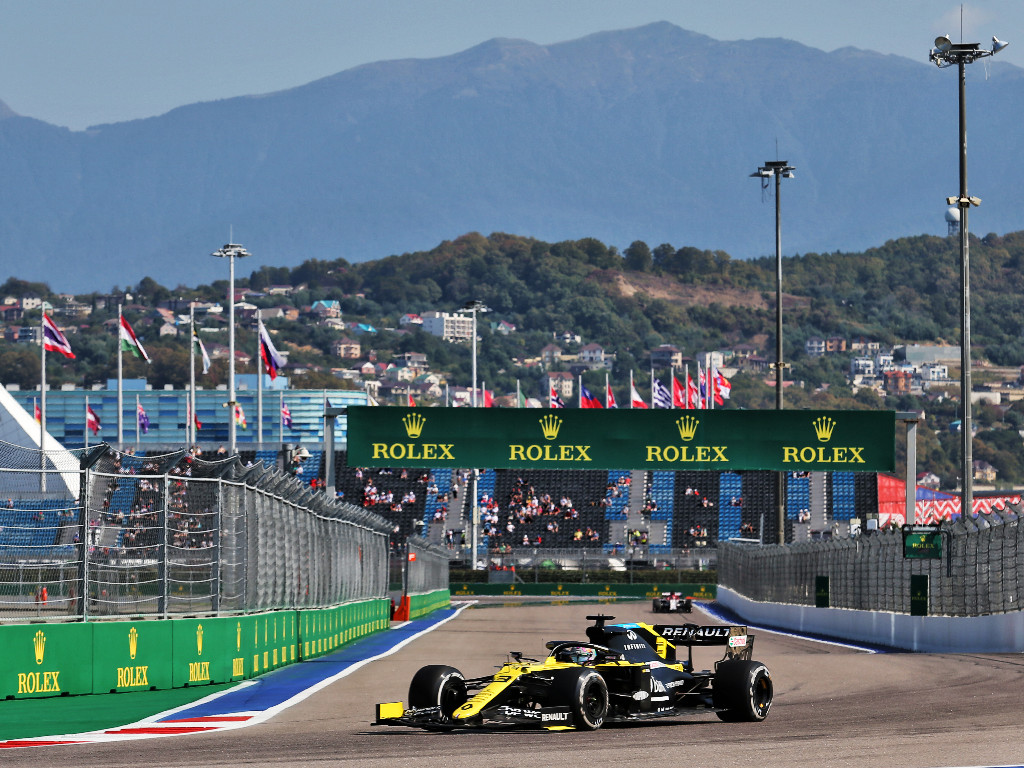 Daniel Ricciardo picked up a few tips from the Formula 2 drivers for the race start at the Russian Grand Prix.

Renault have looked strong throughout the race weekend at the Sochi Autodrom with Ricciardo finishing P2 and P3 in the Friday practice sessions.

He even finished fastest in Q2 but was forced to settle for P5 on the grid.

“Coming into the weekend I was pretty reserved on how quick I would be,” he told Sky F1.

“It’s probably my worst track last year from a personal performance, so I knew I had some work to do.

“But yesterday was really encouraging and today was good, Q2 in particular, but to be honest it was one of those laps where you know during the lap the grip was there, everything was just perfect, and sometimes the tyres are just so sensitive that when it works it just works.

“I couldn’t quite get that in Q3 but still top five in quali I can’t complain.”

Asked how he is going to make up places in the race, Ricciardo said he had been taking notes from how the Formula 2 drivers handled it in the Feature Race.

“The start. I deliberately qualified on the odd side of the grid,” he said with a hint of sarcasm.

“I saw the F2 this morning and the odd side looked better so it was all in the plan.

Ricciardo’s team-mate Esteban Ocon will start the race from P7 and fancies his chances of getting in the scrap for a serious haul of points.

“I think it’s been a decent performance overall for us this weekend, we’ve been testing a lot of different things and overall it’s been working well,” he said.

“As Daniel said the car has been performing nicely, my Q2 was a bit compromised with the red flag and the first run a bit of traffic.

“So it made Q3 a bit more difficult but we are in the mix to fight, anything can happen as we’ve seen so far this year, so I think we can be there tomorrow.”

Ocon plans to go aggressive at the start to pick up as many positions as possible.

“For sure, it’s going to be tough, especially the first stint, it’s a tight first corner as well, I think everyone is going to try and be aggressive in the beginning, I think that’s when you can make the difference,” he said.

“But overall I think our performance has been better in the race than in quali, so I’m hopeful we can do well.”