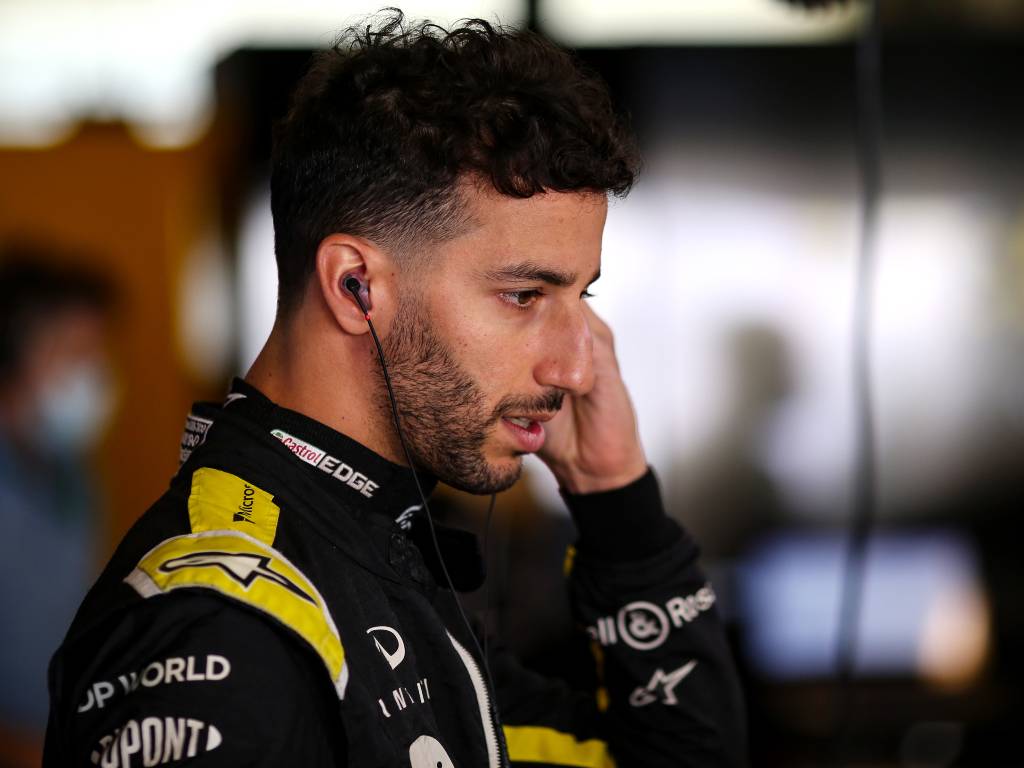 Daniel Ricciardo admitted he was a “grumpy pants” after Abu Dhabi Grand Prix qualifying, but simply could not explain where Renault’s pace had gone.

However, when it came to the serious business of qualifying as darkness began to fall at Yas Marina, the Renault duo tumbled down the standings and neither driver made Q3, with Ocon and Ricciardo setting the 11th and 12th fastest times respectively.

Although they will each start one place higher due to Charles Leclerc’s grid penalty for causing a collision in Bahrain last week, it was not what Renault were hoping for as they try to catch Racing Point and McLaren for third place in the constructors’ Championship.

“It was a strange one, an unpleasant surprise,” said Ricciardo in his subsequent interviews with Sky F1 and the Formula 1 website.

“We didn’t really have the pace but we had it a few hours earlier in practice. I don’t know where we lost the speed. For sure the track changes a bit, but still you kind of expect to be a little closer in qualifying to our competitors and we just fell way off.

“Right now, I don’t like being 12th for sure. I don’t like to be the grumpy pants, obviously it’s my last one [for Renault]. I’m grumpy inside. I have a permanent smile but I don’t feel like that just now. Maybe it’s a little fake! I normally take qualifying to heart, so pretty upset.

“I obviously wanted to do better for the team as well, but tomorrow I’ll try to do what the others did last week, come from the back and be on the podium. We’ll try to make something happen. Maybe it was just the one-lap performance we didn’t have.

“The good thing is we have tyre choice. We’ll start probably on a different strategy to our competitors and figure it out.”

"We saw last weekend how starting on the Medium tyres can pay off, so we have options tomorrow. It’s my last race with the team too and I want to make sure we end this on a high." @danielricciardo

Ocon was also unable to shed any specific light on what had gone wrong for Renault, but insisted all was not lost.

“We were looking shiny in practice, we were very strong, in the top five most of the time,” said the Frenchman.

“It’s a bit disappointing to be out in Q2. We need to review and dig into that, see what happened exactly. We lost balance arriving in this session, we lost rear grip, we lost confidence and here, and when you don’t have that you can’t attack all the combinations of corners.

“But it’s not all over. The good thing is that we choose the tyres for tomorrow. It won’t be easy to race on the softs for the other guys.

“It will be all-in or nothing because we need to come back and score good points for the constructors’ Championship which is mega-important, so let’s see what we can do.

“But I’m happy about my progress recently, it’s been pretty strong and I’m pleased to have outqualified Daniel.”