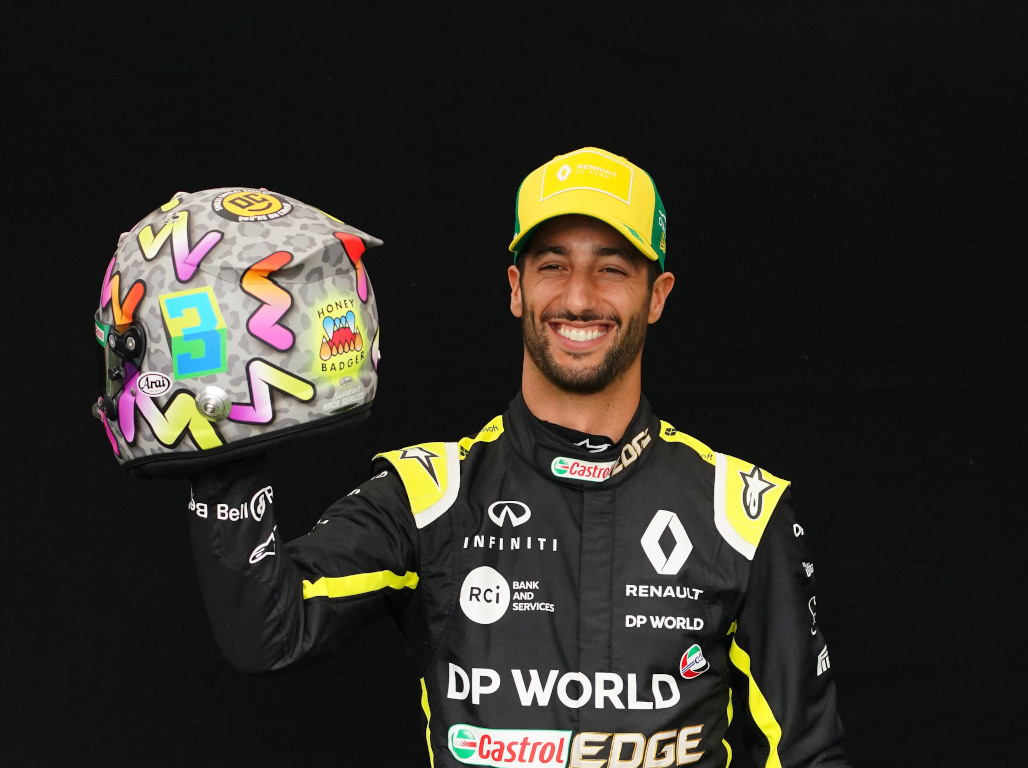 When Formula 1 racing does get underway, there will be no mistaking Daniel Ricciardo after he unveiled a striking new lid for the 2020 season.

Ahead of what was supposed to be the season opener in Melbourne, Ricciardo showed off his new colours during promotional shots for the campaign ahead.

With the FIA dropping the rule that restricts drivers from regularly changing in their helmet design, we are sure to see plenty of creativity as the year progresses, especially from Danny Ric.

“In recent years I’ve had more freedom with the overall design of the helmet, and when I looked at my cabinet where all of my helmets are lined up, I noticed all of the older ones generally looked the same,” Ricciardo said.

“So going forward, I want every helmet to be a piece of art and each year it will represent something different.

“I’ve worked with Nico from Ornamental Conifer again, and I feel it’s something different again this year. The base of the helmet is a sort of leopard print style, not necessarily obvious in its colours but with the use of pastel greys and charcoal.

“We have more layers applied to the helmet again and this helps to give parts of it more pop.

“This year my title for the helmet is ‘become unstuck’.

“It’s a similar trend to last year’s messaging, where it’s all about not getting caught up in the same old stuff and how it’s important to pull yourself away and do something on your own.

“I love the entire helmet and it’s tough to single out one aspect. I do really like what Nico has done though on the top of the helmet this year, and we noticed a lot of camera on-boards last year caught a lot of the pink on the helmet.

“So, this year Nico has created a logo that is visible for the on-board camera shots which says, ‘smile you’re on camera’, it’s quite witty and funny.”