Home News Ricciardo: ‘Give Marko a hug, see how he handles it’ 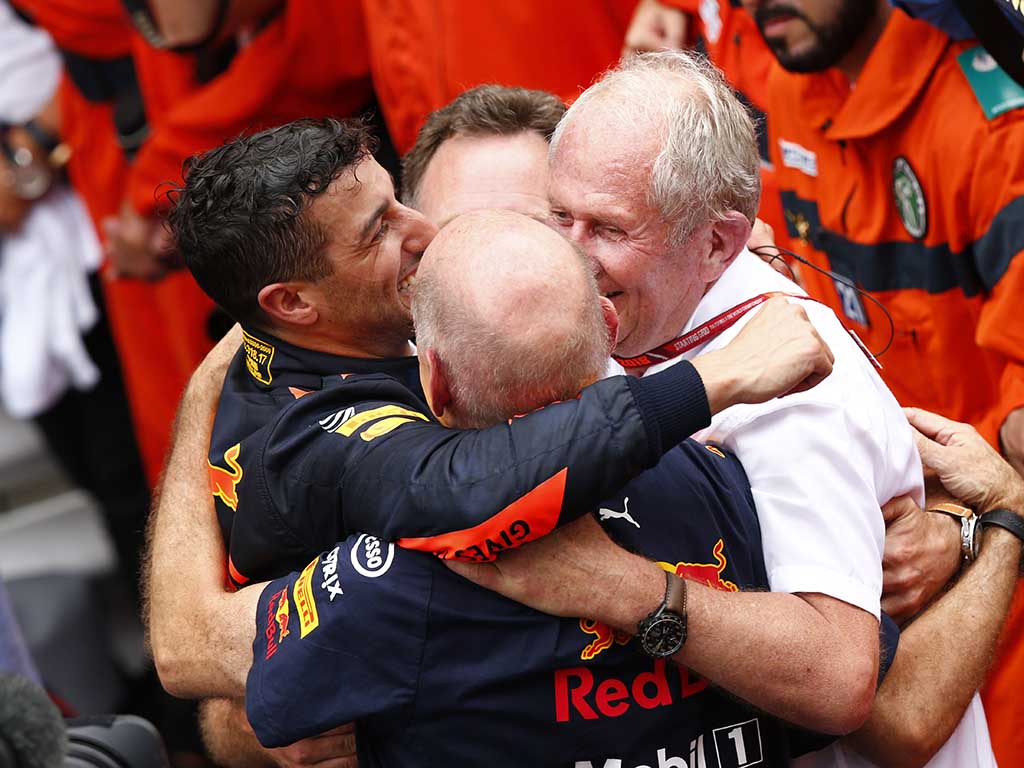 Daniel Ricciardo has given an insight into what it is like working with Red Bull’s Dr Helmut Marko as Sergio Perez prepares to work with him for the first time.

As head of Red Bull’s driver development program, Marko has developed quite a fearsome reputation of being a difficult man to please.

Recent promotions and relatively quick demotions of the likes of Daniil Kvyat, Pierre Gasly and Alex Albon have done little to improve that perception, but Ricciardo, who was on the Red Bull books from 2008 all the way through to leaving the senior team at the end of 2018, reckons his former boss has actually mellowed a little.

“Helmut has softened a bit in recent years,” Ricciardo said via Motorsport-Total.com.

“You get 100 percent transparency and honesty. If you didn’t do well, he tells you.

“You just have to be willing to take some constructive criticism sometimes and not take everything personally.

“He only says these things to get the best out of you. And he says it because he cares and believes in you.

“If he’s willing to give you that criticism, then in a way it should be seen as a compliment.”

To test how much Marko has mellowed these days, Ricciardo suggested the following if new recruit Perez is feeling particular brave (and both he and Marko have recently tested negative for Covid-19 of course).

“Just give him a hug. Let’s see how he handles it,” he joked.

Ricciardo is known for placing a few fun bets with paddock personnel and he delivered on his wager with Renault boss Cyril Abiteboul when getting his former team back on the podium. Still waiting for that tattoo!

The Aussie would have a regular season bet, too, with Marko but did not have chance to in 2020. Ricciardo revealed he would have won that bet if the two had agreed to his terms.

“But the year before he won a few euros from me, so from that he has the upper hand in the betting.

“Actually, I don’t care that much, but if he offers a good bet in the coming season, I’ll join in. It’s a good way to maintain our relationship.”