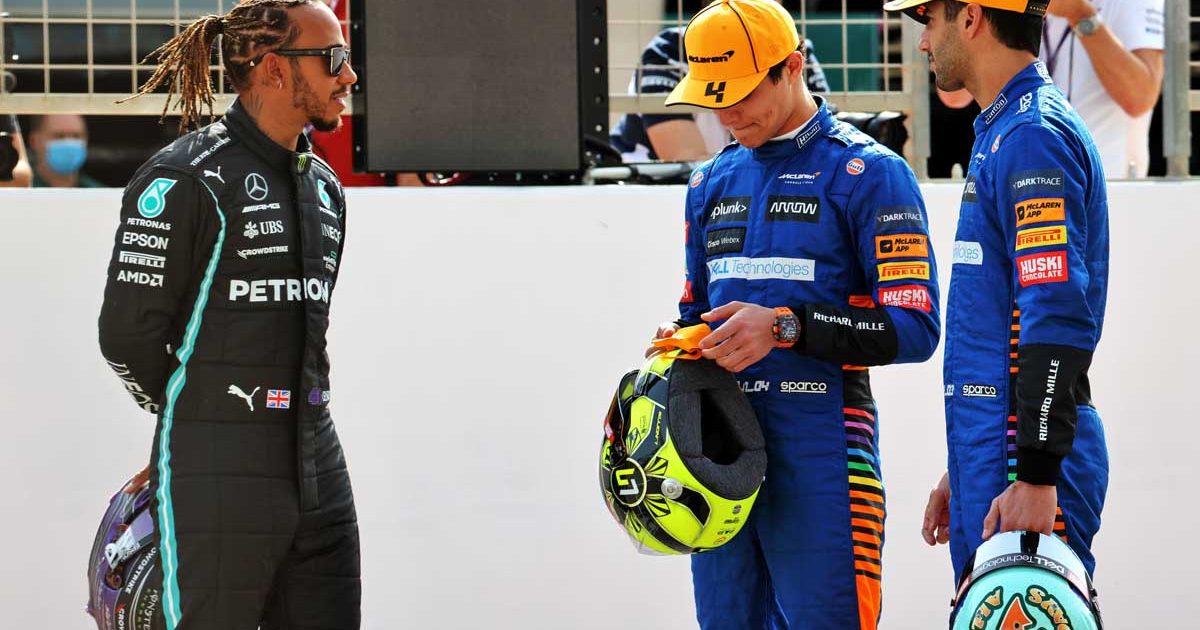 Daniel Ricciardo has revealed he once asked Lewis Hamilton to compete in a charity boxing match against him, but to no avail.

The Australian is well known to be a massive fan of mixed martial arts, watching UFC fights whenever he can and sharing his love for the sport on social media when not on Formula 1 duties.

Ricciardo, who had his best weekend yet for Hamilton’s former team, McLaren, at the Spanish Grand Prix, said he was a “little sad” when the reigning World Champion turned down his proposition of fighting each other for a good cause – after he had spotted Hamilton’s pre-season fitness preparations on social media.

“To be honest, I actually asked Lewis Hamilton,” Ricciardo told The Athletic. “At the beginning of 2016, he posted a video on Instagram hitting pads.

“I was as well at the time, so I was like ‘hey, let’s do a charity fight’. I asked him in person, but he didn’t bite on that one so I was a little sad.

Just seen the fights from last night. WOW. One of those cards. Insane. What a sport. And to see a packed house felt good again. Bravo @ufc

While the two sparred for position when they were at Red Bull together, Ricciardo was also asked if his friend and former team-mate Max Verstappen would have competed against him over a few rounds for charity.

“That would have been cool as well,” Ricciardo added. “Max would be a good competitor in the ring. The way he drives, he’s quite stubborn. He’d be a hard guy to put away.

“He’s probably the guy that you’d choke him and he’s going to sleep and not tapping. That would make an interesting one.”

Ricciardo believes former AlphaTauri driver Daniil Kvyat would be the only driver able to hold a candle to his fighting abilities, adding: “The rest I don’t think stand a chance.”

“I’m still waiting for the day someone confronts me and I just lay them out,” he joked.