Home News On board with Ricciardo in the MCL35M 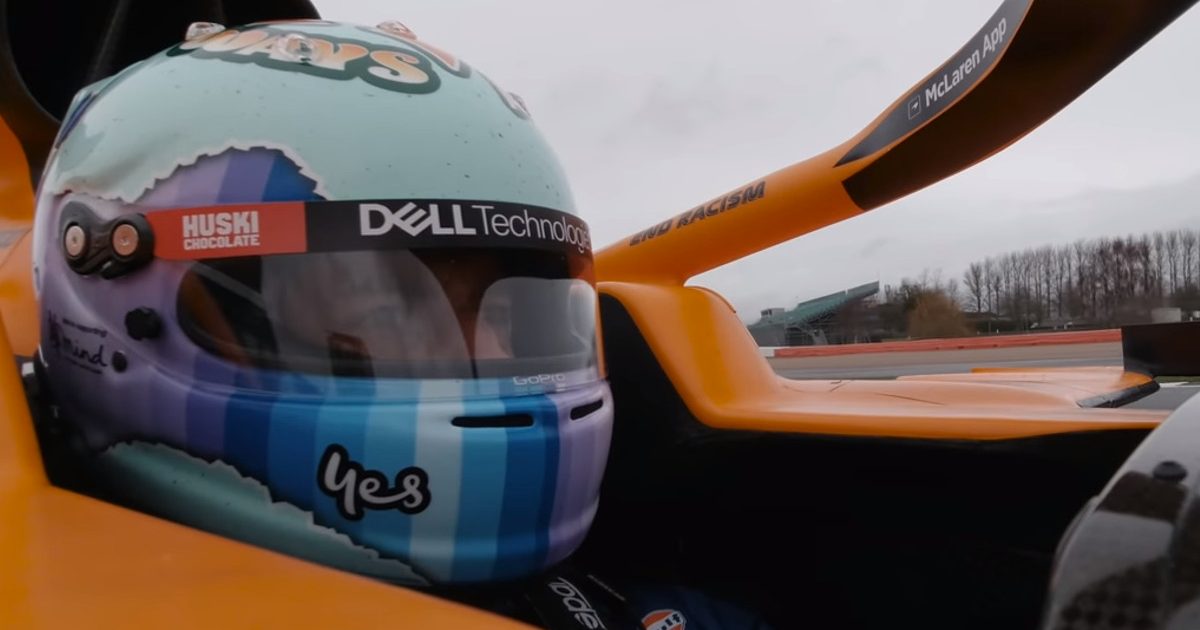 Daniel Ricciardo was behind the wheel of a McLaren for the first time, and he even gave his own commentary.

After officially launching their 2021 challenger, the MCL35M, McLaren then headed to Silverstone for an official shakedown run.

With a Mercedes engine in the back McLaren are looking to close the gap to their newly-reunited engine supplier in 2021, and they will have a new driver line-up to achieve it.

Lando Norris remains for what will be his third season with McLaren, while the Woking outfit have gained the services of seven-time race winner Ricciardo.

And both were in action at Silverstone, though McLaren went a step further and gave us an onboard as Ricciardo drove his first laps in the MCL35M.

"Wooooo! Feels fast."@DanielRicciardo wasting no time in getting up to speed with the #MCL35M. 🎥⤵️

In constant communication with the team, Ricciardo negotiated a very slippery Silverstone under the grey skies.

“Woo, that was fast. It’s been a while,” said the Aussie as he put the power down.

And with a three-year deal at McLaren signed, Ricciardo will be hoping that the machinery is fast enough to take him to his overall goal, that being to win the World Championship with McLaren.

“I think this is my best chance to achieve what I’ve said all along is the goal,” said Ricciardo in an exclusive interview with The Age and The Sydney Morning Herald.

“You can see McLaren’s pathway to getting better and I feel McLaren is ready for me to be one of the elements they haven’t had to help them win.”

The 2021 season gets underway in just over a month’s time with the Bahrain Grand Prix, but before that McLaren will have three days of pre-season testing at the Bahrain International Circuit from March 12-14, as Ricciardo and Norris look to get to grips with the MCL35M in what is a far shorter testing period for 2021.