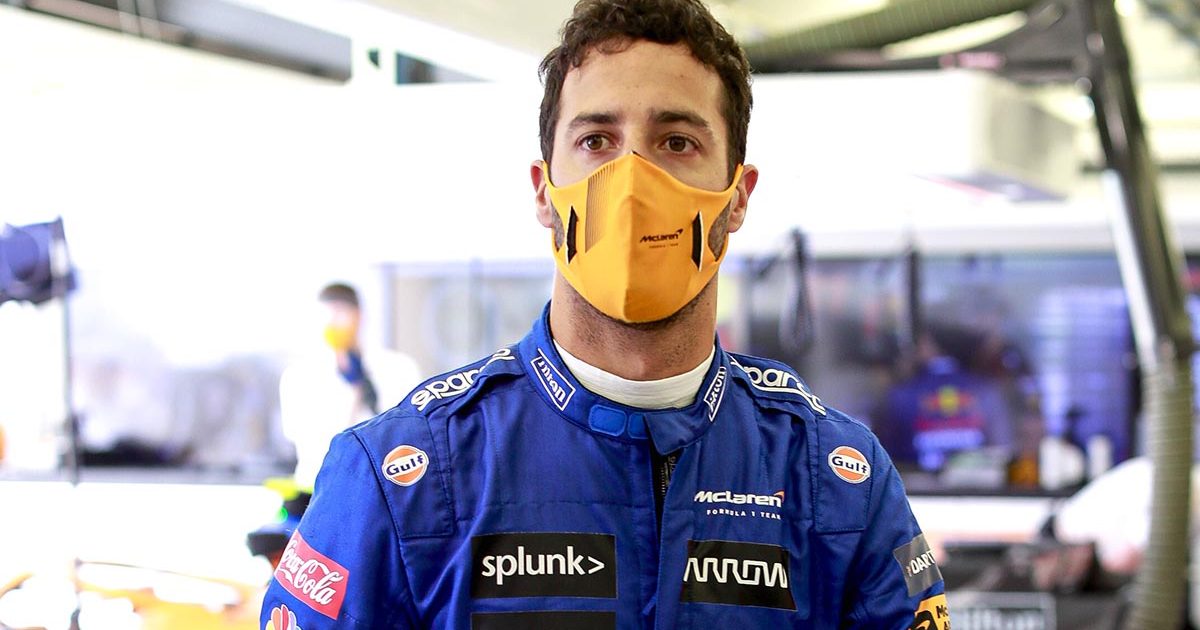 Seventh in a damaged MCL35M in Bahrain, Daniel Ricciardo believes there is a “lot more performance” to be found in McLaren’s 2021 F1 car.

Swapping from Renault to McLaren in the off-season, Ricciardo’s debut grand prix did not go quite according to plan after the Australian suffered floor damage early in the race.

Costing him downforce, he dropped from sixth on the grid to seventh at the chequered flag.

His team-mate, Lando Norris, was P4 for McLaren with Ricciardo 20 seconds down the road.

But while the Aussie was left disappointed, P7 is definitely not a bad result in a damaged car.

It also has the former Red Bull driver feeling confident about what he is capable of in a car that is not carrying a broken floor.

“We secured a good result in that first race and it felt amazing to make my debut for the team,” he said in the team’s Imola Grand Prix preview.

“I was a bit unfortunate with the damage we found on the car after the race and there are still a few more things to learn and get to grips with, which takes a bit of time.

“But given that, I’m confident we’ve a lot more performance left to unlock.

“We’ve been working hard back at the factory to understand how we can build on that solid start.

“I completely expected it to take a few races to feel comfortable in the car, but I’m feeling better after race one than I had done at the same point in previous years, so that’s really promising.”

Formula 1’s next stop is Imola, a circuit where Ricciardo clinched one of his two 2020 podiums with Renault.

“Imola’s up next and we’ll give it plenty,” the Honey Badger added.

“It’s an iconic old-school track with a fast and flowing layout that provides little room for error.

“I’m really excited to be heading back there after last year’s race when I finished on the podium.

“I’m definitely planning on bringing that experience from last year to help the team this weekend and fight for points.”

Formula 1 has revised the schedule for this weekend’s grand prix, pushing forward the Saturday sessions by an hour to avoid clashing with the funeral of Prince Philip.