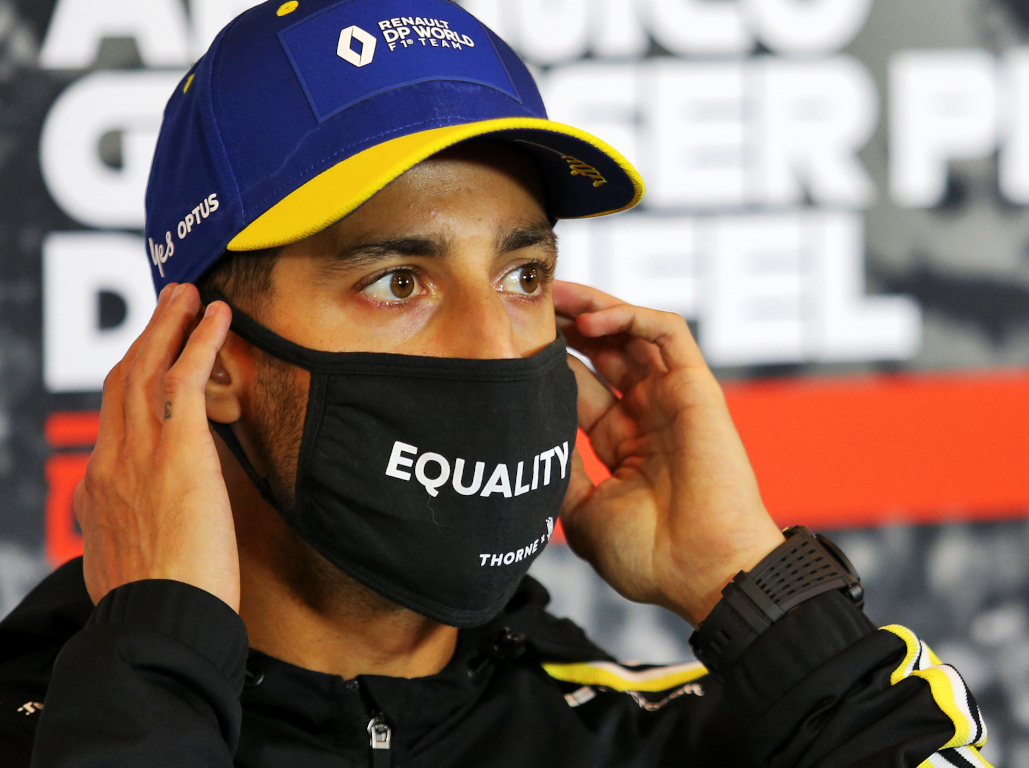 Daniel Ricciardo didn’t do a lap in Q3 due to damage to his car picked up in Q2, but says he was just a minute away from being able to.

The Aussie lost control of his Renault late in the second qualifying session at Portimao, going off into the gravel and clipping the barriers in the process.

Luckily for him, nobody behind him improved and he thus scraped into Q3. However, his team weren’t able to repair the rear wing on his R.S.20 in time for him to take part in it.

“I spun! I don’t know. The cars are quite sensitive, I had to get through a few lapped cars, they are off the race line, but turning and braking, it depends where the wind is coming from,” he said after qualifying.

“Felt like as soon as I got in, I lost the rear but I’ll watch it again, and see if it was something I caused it from, but it’s done. Obviously a shame, because when I lost it, I was OK, I’ll spin and get going again, but it kept going until I hit the barrier and damaged the rear wing.

“The team got very close to getting me back out on track for Q3. One more minute and we were on track. It’s a shame, I could see them working hard in the mirrors, trying to make it work for me, so it was a bit of a let down for them, but we’ll make it happen tomorrow and move up.”

Absolutely gutted, despite huge efforts from the team, we’re not able to repair Daniel’s car in time for a Q3 lap. #RSspirit #PortugueseGP pic.twitter.com/3eNql3LXWv

Renault has been the third strongest team in recent races, with Ricciardo consistently finishing in the top six and even getting a podium in Germany.

That hasn’t been the case so far in Portugal, with Racing Point and McLaren both looking quicker. However, Ricciardo isn’t worried.

“I feel once we settle into a rhythm, we can get the car in a bit of a happier place,” he added.

“On one lap performance, we struggled a bit this weekend. I think the surface is so slippery, everyone is putting on all the downforce they have got.

“Although we have improved, I think we still know that is our weakest area, a lot of cars still have better real high downforce packages than us and I think that is where they are getting us on one lap.

“Once the race settles, and we get into the tyres, it should be OK. I’m ready to move forward, finish better than P10 and make up for the error today.”