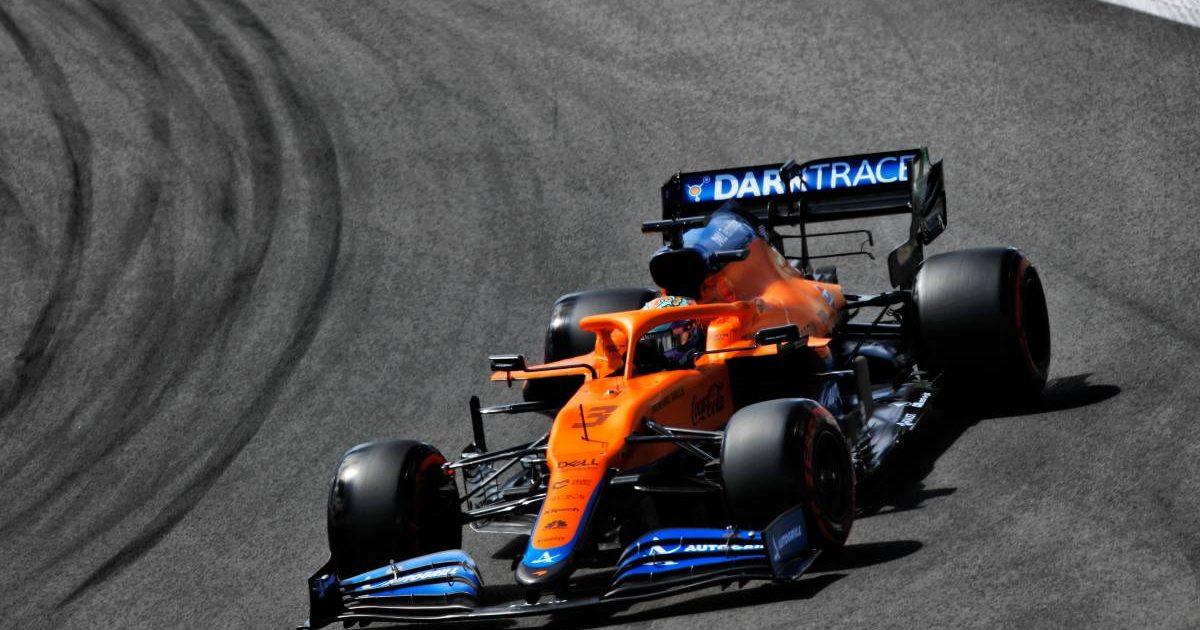 Daniel Ricciardo described his shock Q1 exit as “pretty dark”, with his McLaren career showing no sign of an immediate upturn in Portuguese Grand Prix qualifying.

The Australian freely admits he is taking time to adjust to the MCL35M having joined the team for this season, and has been outperformed by colleague Lando Norris in the first two races.

Hoping the trip to Portimao would bring some improvement, Ricciardo found himself having to deal with a new low on Saturday as he qualified only 16th with he and Aston Martin’s Lance Stroll the fall guys in Q1, when the Alfa Romeos and George Russell in the Williams all advanced.

Just as concerning for Ricciardo was his time differential to Norris, whom he trailed by over a second.

Q1 comes to an end. Lando goes through safely in P2, unfortunately Daniel is knocked out in P16. #PortugueseGP 🇵🇹 pic.twitter.com/PBL9TXbMfc

“Certainly there was a bit of time on the table in the last sector,” Ricciardo told Sky F1 afterwards. “It was messy. But the first sector as well, the first lap on the soft tyres wasn’t really assisted by, let’s say, a little bit of traffic.

“Obviously just a disappointing day. [Going out in] Q1 is quite sad, it goes so quick and to be here [in the media pen] it feels like it comes out of nowhere.

“Yesterday was quite positive. I wouldn’t have bet on this today, so I’ve just got to figure it out, get some sleep and wake up tomorrow ready to do better.”

Ricciardo added to Formula 1: “Why we struggled, or why it was so difficult to put a lap together, it’s not so clear at the moment.

“Sixteenth is grim, certainly not a result I feel good about. I’m still trying to get out of an old style [of driving the car]. I felt yesterday I’d made a good step towards that.

“To be standing here now is pretty dark. I’ll sleep it off.”

Norris, who finished third in the previous race, the Emilia Romagna Grand Prix at Imola, will start seventh on the grid in Portimao with Valtteri Bottas and Sir Lewis Hamilton forming an all-Mercedes front row.