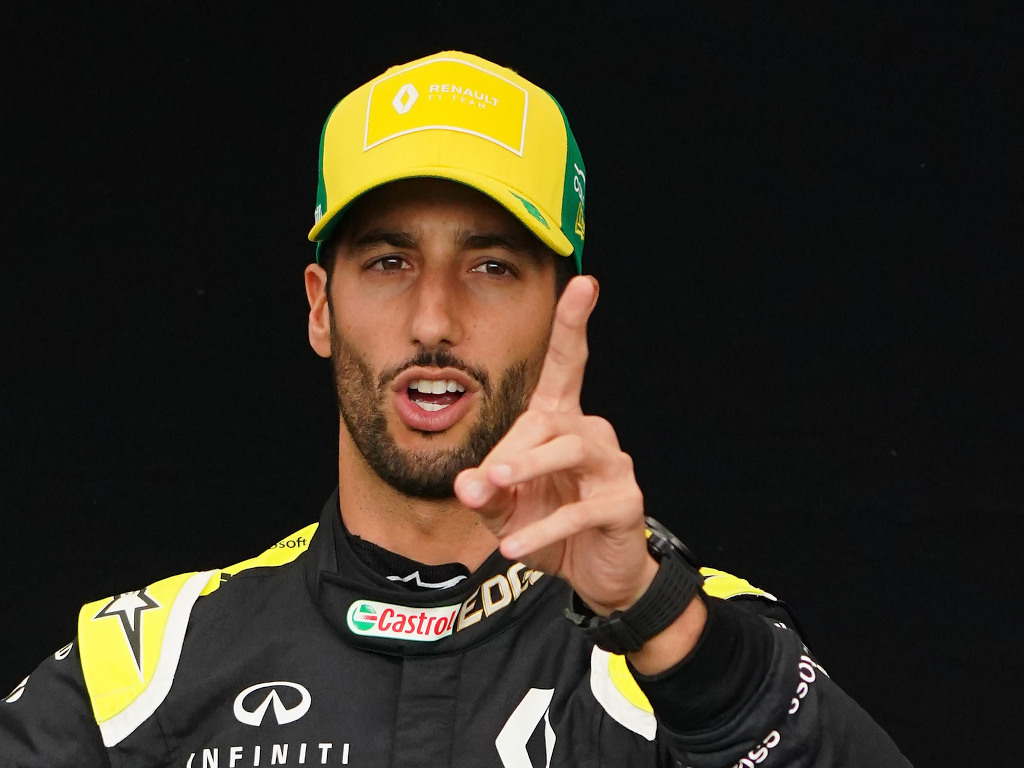 Daniel Ricciardo again showed himself to be a 2020 Friday afternoon specialist with another terrific FP2 perfomance at the Belgian Grand Prix.

The Australian maintained a remarkable sequence of impressive performances as only Max Verstappen went quicker than him at Spa-Francorchamps.

“I think I’ll start calling myself Mister FP2,” said Ricciardo. “I think I’ve been in the top four in the last three FP2s. But I’d rather be called Mister Q3!”

The session ended prematurely, however, for the ‘Honey Badger’ as he had to park up the Renault on the Kemmel Straight with a hydraulic issue that was later reported to be nothing serious.

Renault have been all about moments such as this so far this term and little else, although Ricciardo did qualify in P5 for the 70th Anniversary Grand Prix.

The 31-year-old is keen to put together a full race weekend for the first time this season and senses it is possible in a car that is improving.

“It was another good FP2 as has been the case for us at the last few rounds. We have to do it tomorrow, though, as that’s when it counts.” @danielricciardo

“We were P3 and then P4 (in FP2) at Silverstone and Barcelona,” he added. “I knew they were decent laps but didn’t honestly expect them to be top-three or four. But today, I just felt the car was really hooked up on that lap and I wasn’t surprised when I heard P2. I thought we’d be around P3 or P4 again.

“It felt good. Sometimes you can kid yourself when you see the lap times and you think the car felt good but it wasn’t, but it certainly did here.

“We had an issue at the end but I think it was neither here nor there, just a bit of safety. We missed a bit of long-run but we got some done this morning so all in all, a pretty good day.

“On a Friday, as soon as you get a bit of a sign or a warning you think ‘let’s park her up’. I’m sure they will get on top of it and P2 would be pretty nice tomorrow, so let’s see what happens.”

However, Ricciardo is not getting carried away and added: “Let’s still be realistic and aim for a top-six or something. I think that would still be a great result for us in quali.

“Today showed we have pace. I’m not sure we can hold P2 but there’s no reason why we shouldn’t be in a good position tomorrow. We’ll take the positives from today and make sure we get Q3 right tomorrow.”

Ricciardo’s team-mate Esteban Ocon also enjoyed a boost as he claimed P8 in FP2 – and also clocked the fastest time in the iconic opening sector.

“We are much happier compared to Barcelona,” said Ocon. “It’s a good step – the car is straight away better. The changes we have done have made a difference, so it’s definitely positive and now we need to show the real pace tomorrow obviously.

“We are more on the same page with both cars, which hasn’t been the case in the last couple of races, and a purple Sector 1 was a good thing – it’s not often we see that, so it’s very positive. It shows we have the speed and we still have a lot more to unlock.”