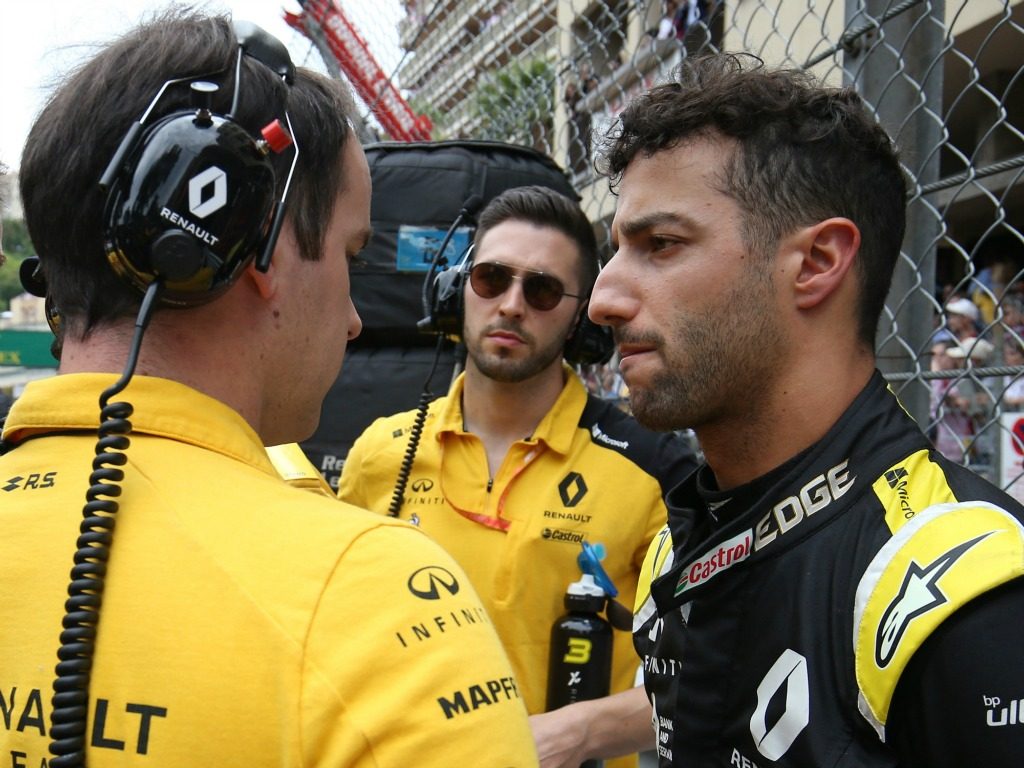 Just over 12 months after making his Renault debut, Daniel Ricciardo is leaving the team for McLaren.

Martin Brundle says the Aussie saw something that didn’t “fill him with confidence” for the future.

McLaren announced on Thursday that Ricciardo will head to Woking in 2021, replacing the Ferrari-bound Carlos Sainz.

“In our sport, and particularly within the current extraordinary situation, reciprocated confidence, unity and commitment are, more than ever, critical values for a works team,” he said.

Last season the former Red Bull driver’s best result was a fourth place at the Italian Grand Prix while Renault was only P5 in the Constructors’ Championship, losing the battle for best of the rest to Ricciardo’s 2021 team, McLaren.

“He hasn’t enjoyed it there [at Renault],” Brundle said in an interview with Sky Sports.

“I barely remember seeing Daniel through last season. We used to see him all the time with that big flip-flop smile but for some reason it just didn’t work for him there.

“The car didn’t play on his speciality of last of the late-brakers.

“Maybe he fancies more that the McLaren and the incoming Mercedes engine [will be competitive], maybe he’s concerned about where Renault will be in the future.

“It’s a bit of a sideways move but Daniel has obviously seen something at Renault that doesn’t fill him with confidence into the future.”

Brundle added that Ricciardo’s signing is a good move for McLaren as he brings with him race-winning experience.

“McLaren are probably thinking they’ve had a net gain depending on what they have to pay him.

“It’ll certainly be the giggling team with Daniel and Lando Norris!”