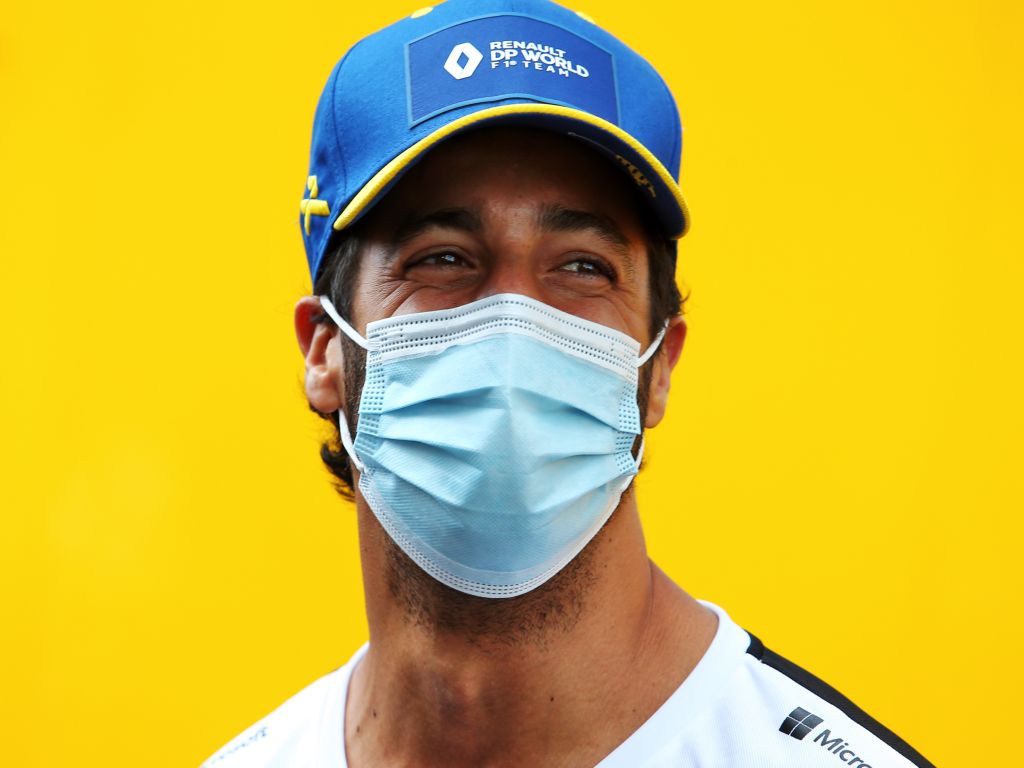 Daniel Ricciardo was on a high after the first day of running for the 2020 season, saying his Renault is “fast”.

Renault came to the Red Bull Ring for the season-opening Austrian Grand Prix armed with a triple upgrade, and it seemed to be working very nicely with Ricciardo ending the day in P5, 0.668s behind session-topper Lewis Hamilton.

He was 0.15s faster than Lance Stroll in the impressive Racing Point RP20, a car which McLaren have already said is too quick for them to handle, so Ricciardo was understandably getting “good vibes” after a successful session.

Speaking to the F1 website, he said: “Good vibes in there, I felt like the first lap was kind of ‘on’. It was a good day. We were fast.

“After driving F1 for a few years, you know pretty soon when something feels good, and I felt pretty soon that there were improvements, basically in the rear. You just get on power and you can feel it just squats and sits and it’s got grip, so I think it’s all been pretty productive.”

Such was the pace of the R.S.20, Ricciardo “plans” to make it into Q3 on Saturday.

“That’s the plan. If today’s an indication, I definitely expect that from us tomorrow,” he said.

“I’m sure things will tighten up and whatever but that’s what we’re going to do.

“Low fuel, it was strong. To be in the top five’s nice, it‘s a good start. But I think even take the timing board away, the car did feel good, so that’s encouraging in itself.

Ricciardo’s new team-mate Esteban Ocon was appearing in a session for the first time since the 2018 Abu Dhabi Grand Prix.

He ended the day in P11, and while admitting that he must work on that 0.4s gap to Ricciardo, the occasion itself was special as he returned to Formula 1 after a year on the sidelines.

“It definitely felt special, very happy to be back in a Grand Prix session,” he said.

“Testing is good… but being in a Grand Prix is for sure different.

“I think on my side at least I need to work a little bit more on the shorter runs, but that should all come naturally… The target is [to get] in the top 10, in Q3 – that’s definitely where we want to be and that’s what we’re going to push to achieve.”