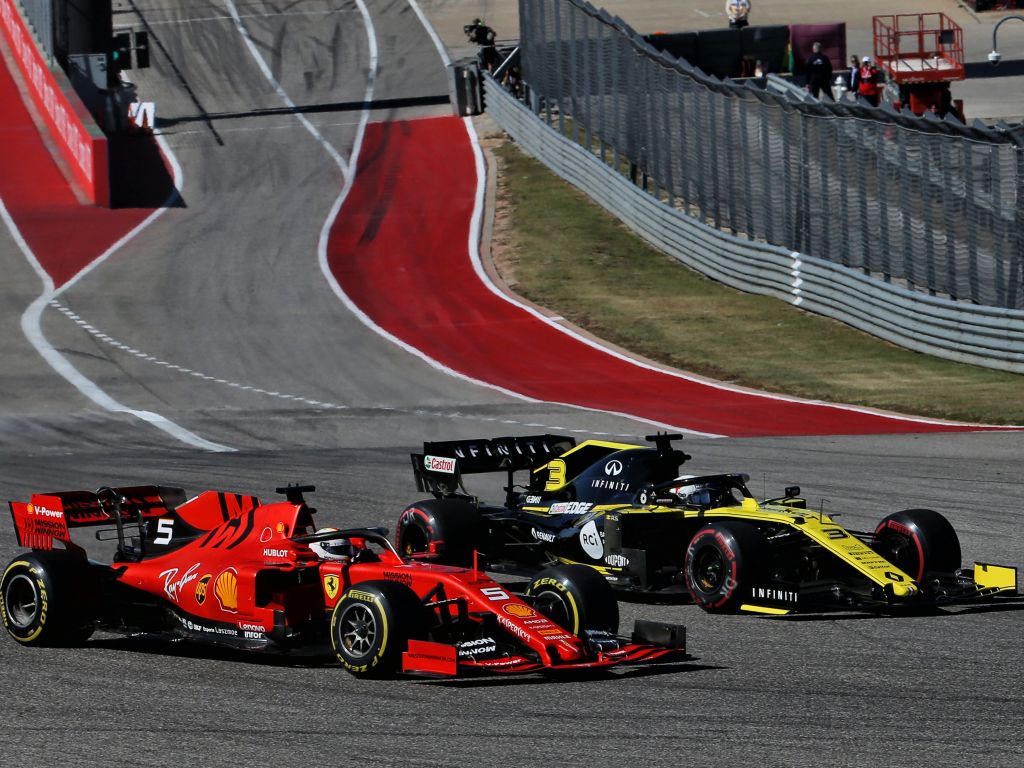 Daniel Ricciardo has said that Sebastian Vettel would need “patience” and long-term commitment if he was to drop into the midfield.

The four-time World Champion is competing in his final season for Ferrari – after joining the team in 2015 he will depart at the end of 2020.

Before this season had even begun Ferrari kicked silly season off in style by announcing that Vettel would leave the team at the end of the campaign and named Carlos Sainz as his replacement for 2021.

We were originally told it was a mutual decision between Vettel and Ferrari to part ways, that was until the German driver revealed that there had been no new contract offered by the team, or a joint decision for both parties to go their separate ways.

Ricciardo will be on the move as well with McLaren becoming his home for 2021 when he takes the seat to be vacated by Sainz.

Both drivers are now well equated with the high-pressure nature of racing in the midfield where the margins between the teams are minor to say the least, whilst Vettel himself has had a taste of it this year with the SF1000 failing to perform to Ferrari’s expectations.

Vettel has kept his cards close to his chest regarding his plans for 2021, though he did say that if he stays in the sport it will be with the goal of still having the machinery to win races.

And as Ricciardo points out, Vettel has always been in a competitive car since leaving Toro Rosso after the 2008 season, even winning his first race with the team that year.

So Ricciardo isn’t convinced that his former team-mate would have the patience to race in the midfield, but wishes him all the best if he decides to do so.

Speaking to Motorsport-Total.com, he said: “I don’t know the stats, but he’s probably been on the podium every year in Formula One – except maybe one.

“I think it takes a bit of impartiality and certainly a bit of patience, but it’s up to him and where he sees the next chapter of his career.

“Not only can he commit for 12 months, but it must be at least 24 months or three years.

“I like Seb and respect him in the sport. That’s why I hope he finds a place where he’s happy if he wants to keep going.”

Vettel has been linked recently with a move to Aston Martin when they take over from the Racing Point entry in 2021.