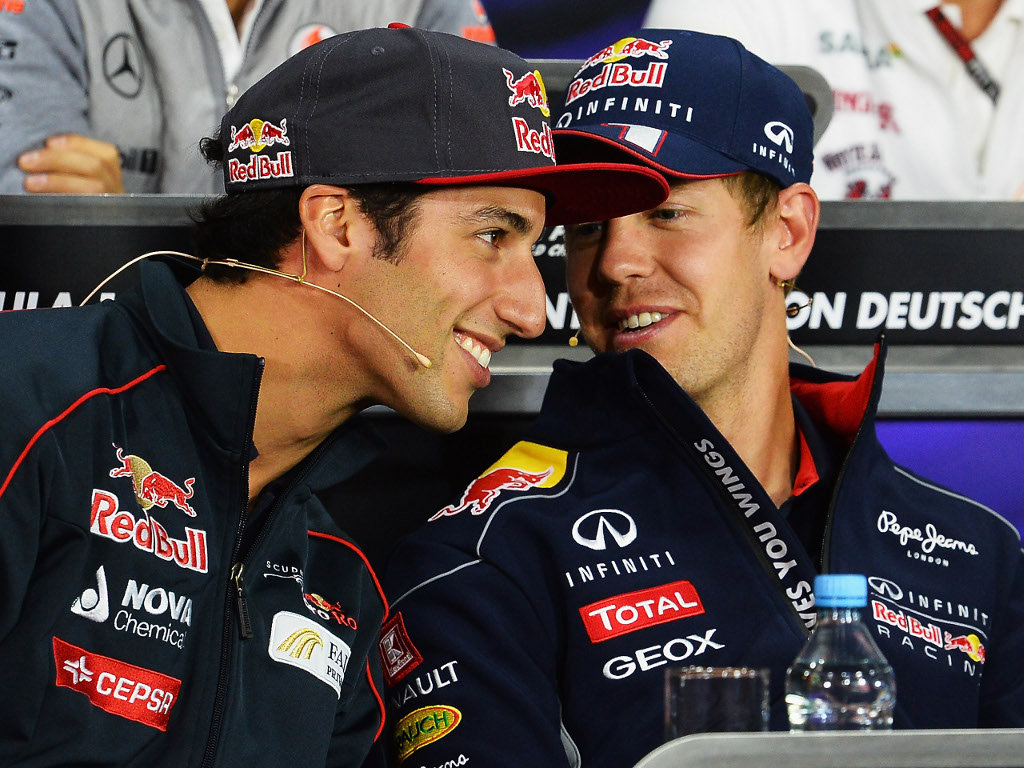 Daniel Ricciardo says that he learnt a huge amount from Sebastian Vettel during their season together at Red Bull.

The pair became team-mates in 2014 when Ricciardo was promoted from Toro Rosso to replace compatriot Mark Webber at the team.

It would prove to be their only season together as Vettel left for Ferrari at the end of it. Nevertheless, the current Renault driver says that he learnt a lot from the German.

“He had so much experience. He was the one to beat. [It was] a huge challenge because it was the team that they had built around him. I loved the pressure it put on me,” he told f1-insider.com.

“I learned a lot from him, and I had a lot of fun when I realized: I can challenge him, I can drive at eye level with him. He didn’t have that much joy, but I could learn a lot for my career from that time.

“It was special, the way he worked. How he spurred the team on again and again. He had this special German work ethic. To be extremely focused, to meticulously illuminate every detail.

“Sometimes I was really shocked at how brutally open he brought up a problem, but I quickly learned that this is the only way to get there. I liked the way he did it.”

Ricciardo proved to be more than a match for Vettel and more often than not got the better of him. That year, he scored 71 more points and won three races, while the four-time World Champion failed to taste victory once.

Many believe that this is why Vettel decided to leave, but Ricciardo doesn’t think that was the case.

“Because he is someone who always wants to win, always wants to be faster than the other, he was probably seething deep down, but he always showed me respect,” the Aussie added.

“There were never any games. He congratulated me when I did a good job. He was always fair and could accept defeat, but he would always find a way to get back better. I think that this quality is also why he has been at the top for so long.

“I was proud because I did a good job but, to be honest, I was also a little sad that he left. I would have loved to drive another season with him, even if the second season would have been more difficult.

“But I don’t think I was the reason he left Red Bull. He achieved so much with them and he just needed a new challenge at the time.”