Home News ‘No shoey for hygienic Hamilton or Vettel’ 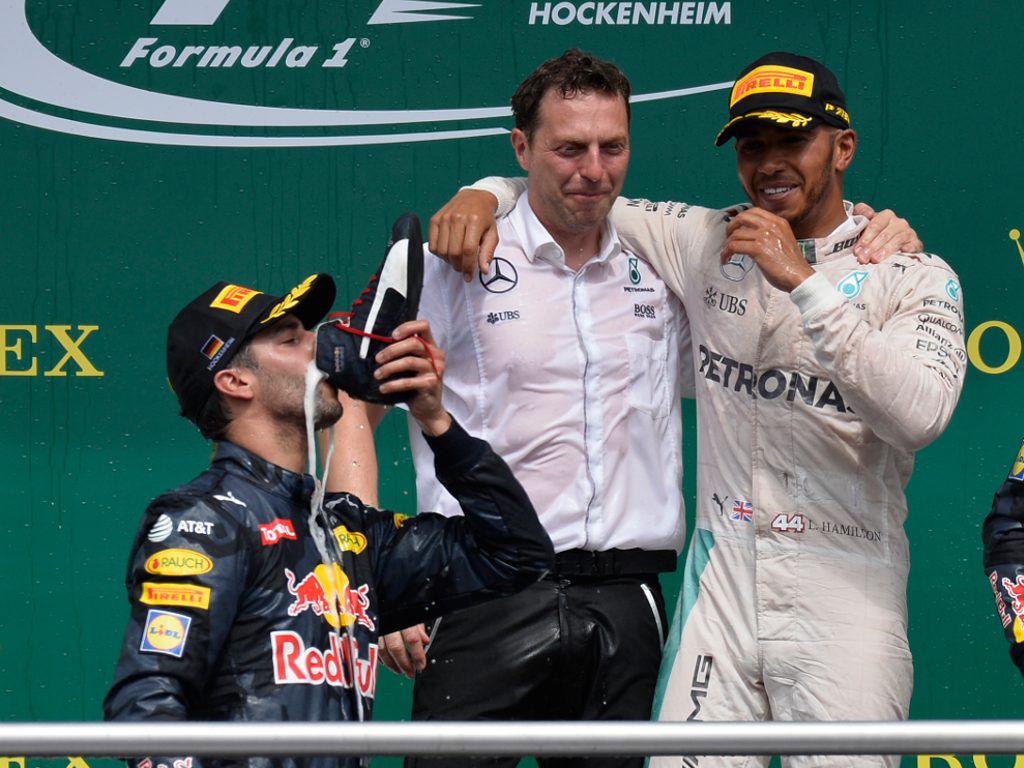 If Daniel Ricciardo is joined on his return to the podium by either Lewis Hamilton or Sebastian Vettel, he won’t even offer a shoey to the two “hygienic” drivers.

Ricciardo brought the shoey to Formula 1 in 2016, celebrating his runner up result at the German Grand Prix by performing a champagne shoey.

Since then he’s managed to persuade others to join in, including Mark Webber and Gerard Butler while Sir Patrick Stewart begged for one at the 2017 Canadian GP.

“I didn’t prompt him. He grabbed the mic and said, ‘give me some of that,'” Ricciardo recalled to Rolling Stone.

The Renault driver says he enjoys bringing a lighter side to Formula 1.

“I wasn’t aware going into F1 it was so business-like and formal and strict, it felt very stiff to me, it wasn’t my personality.

“Once I started to get more comfortable in my sport and its surroundings I thought, let’s try make this place a fun place.

“I didn’t think the shoey would be a success. I thought, everyone is going to look at me like I’m some sort of sicko.”

Ricciardo has even convinced some of his fellow podium visitors to join him for a shoey.

Lance Stroll got in on the action at the 2017 Azerbaijan GP, although it must be said he wasn’t very impressed with the taste.

The one driver Ricciardo most wants to get involved in his shoey moment? Lewis Hamilton.

“As far as drivers go, it would be Lewis because he seems to be the most precious of them all,” he said.

However, he doubts either Hamilton or Vettel will ever take the chance.

“I think both of them, they seem like very hygienic people,” he concluded.