Home News Ricciardo pleased to have ‘good problems’ in Spain 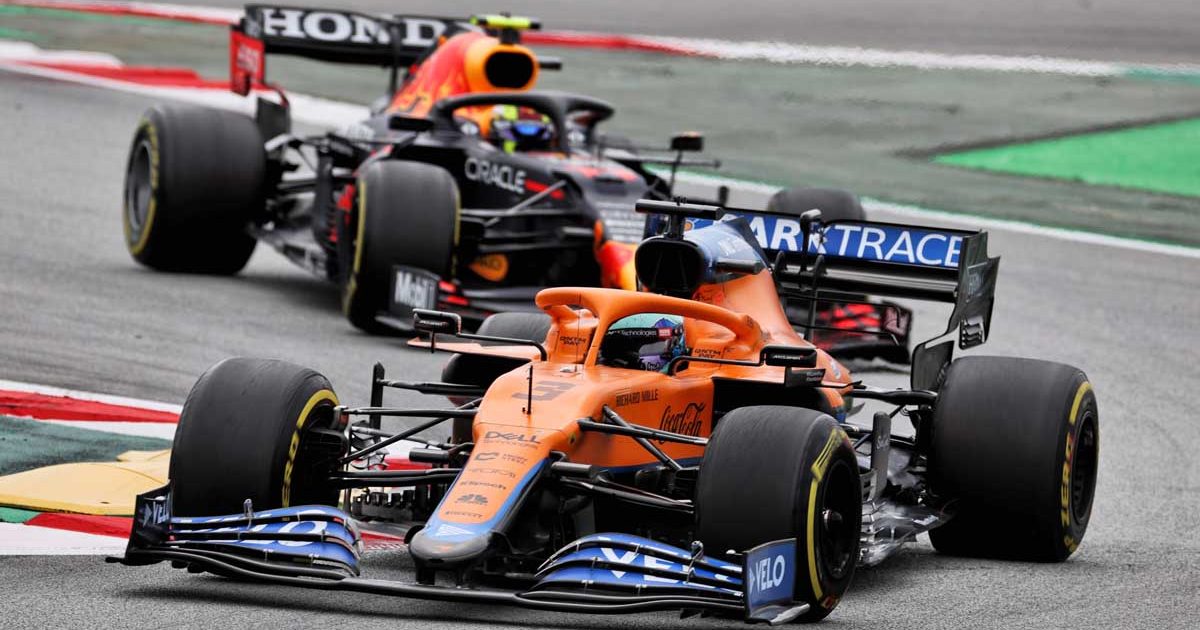 Daniel Ricciardo says he was happy to deal with “good problems” in his McLaren after a much-improved weekend at the Spanish Grand Prix.

The Australian had been outpaced by team-mate Lando Norris at all three previous races in 2021, but Ricciardo outqualified the Briton and was able to compete throughout at Barcelona against Red Bull’s Sergio Perez and Ferrari’s Carlos Sainz.

A hard-earned P6 finish was his reward on the day in Barcelona, and the McLaren man was buoyant after his best showing so far for his new team.

“It was a better race, I had some good problems,” Ricciardo told Sky Sports. “The start was good and that got me in front of a couple of faster cars.

“Therefore, that meant I then had to defend pretty much the whole race. With Checo, I was doing as much as I could for as long as I could and then he got me, then I had Carlos for the last quarter of the race or so.

“We didn’t have the pace today but it was nice to hold off a faster car and just put a better weekend together. So personally I’m happier, we’ve still got some [performance] to find in the car and myself.

“It was a smoother weekend and definitely the best one of the year so far.”

Smiling through the mask!

With the Formula 1 fraternity heading back to more familiar territory over the weekend, Ricciardo said being at a circuit where he has completed hundreds upon hundreds of laps in the past allowed him to experiment and change his MCL35M to be closer to his liking.

“No offence Barcelona, you’re a beautiful city but it’s not often you get that excited to come here because we do a whole lot of testing here and we know the track so well,” he smirked.

“But I was excited to come here to have some familiarity, at a circuit we know well, so I was able to chip away at it on a known quantity and find the improvements I needed in the car.

“We did a little bit with the car this weekend, but it’s been really about me and adjusting the way you attack the corner, where you brake, how you brake, when you come on throttle, all these kind of details.

“The car is a little tricky to drive and although it’s fast, it is proving a little tricky at the moment. If I’m overstepping it, then those little mistakes become costly and it throws off the balance for the rest of the corner.

“I’m just figuring it out a bit more and that comes with more laps in the car at a circuit I know back to front.”