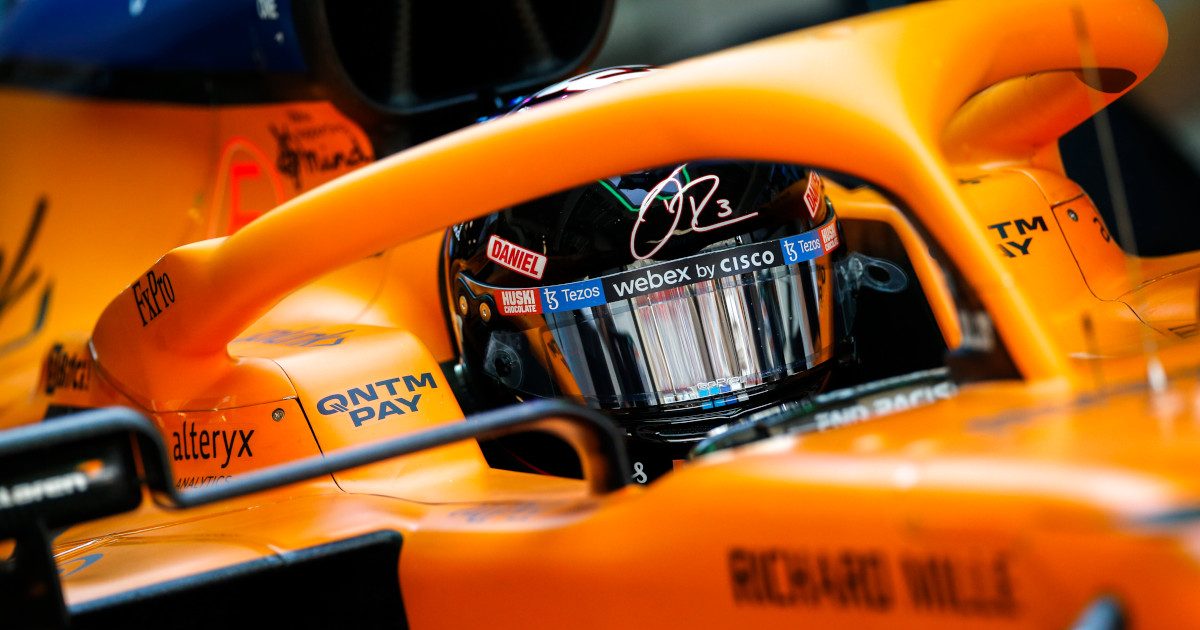 Daniel Ricciardo concedes his defending against Carlos Sainz at the United States GP was on the “strong” side but says it helped him bag P5.

Sainz was not happy with Ricciardo as they battled for position in the grand prix at the Circuit of The Americas.

Trading blows at the start, they were against each other in close quarters later in the race where Sainz declared “that got a bit dirty, he did that on purpose” as they made contact when the Ferrari driver tried to pass him for P5.

Ricciardo held onto the position while Sainz later lost out to Valtteri Bottas, a fate Ricciardo believed awaited him if he didn’t keep the Ferrari behind him.

“Carlos was putting pressure on me the entire race, and we actually had a really good battle the first lap,” he told the official F1 website.

“We actually went back and forth I think three times. I managed to get him and that set up my race and allowed me to fight for fifth so that was really important.

“And then a pretty good battle with him and let’s say a strong defence which I need to do to hold him of because I think realistically if he’d have got me, I’d have fallen back into Bottas and I think he probably would have had a much better chance of getting me as well so fifth could have quickly become seventh.”

It's getting spicy between Sainz and Ricciardo 🔥

The two touch as Sainz tries to move round the outside of the McLaren 👀#USGP 🇺🇸 #F1 pic.twitter.com/Qx1zDAQy7W

Ricciardo crossed the line in fifth place, back in the points after failing to score at the Turkish Grand Prix.

“I’m very happy to have got a top-five here in the great city of Austin, Texas,” he said.

But with Charles Leclerc P4 and Sainz seventh, with Lando Norris also finishing behind a Ferrari driver as he brought his car home in eighth place, McLaren’s advantage over Ferrari in the Constructors’ Championship was reduced by 3.5 points with five races to go.

Asked for his thoughts on his battle with Ricciardo, Sainz cleared it tough but fair.

“Obviously I was on the outside,” he explained, “so this kind of thing is going to happen.

“It’s tough – fair, on the limit racing, because obviously he bumped me out – and sometimes it’s a bit too much.

He added: “I was stuck behind Daniel the whole race. I tried a couple of moves on him and nearly made it stick and then obviously the slow pit stop that cost us, the undercut of him and we couldn’t make it happen. Yes, a tough one out there.”