Home News Ricciardo willing to ‘accept defeat for the moment’ 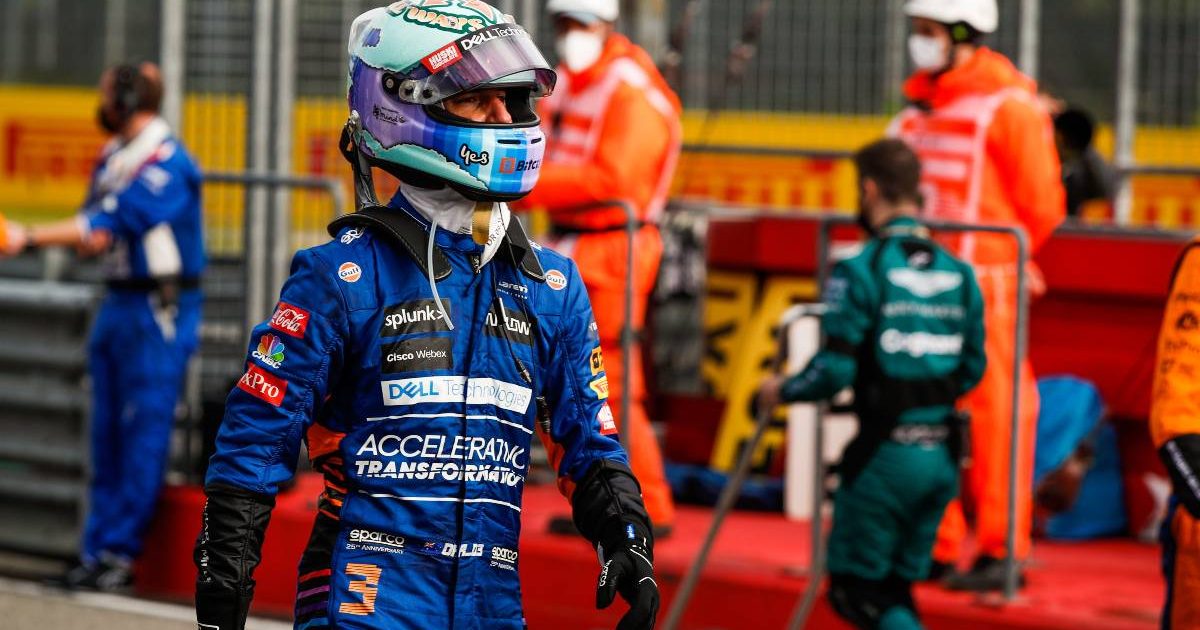 Daniel Ricciardo is willing to accept he is not performing at the same level as his McLaren team-mate Lando Norris…for now.

With pre-season testing for 2021 slashed to only three days, it was always going to be difficult for the drivers switching teams to find early form.

And that has certainly been the case for Ricciardo, who at the Emilia Romagna Grand Prix was comfortably lagging behind Norris.

The qualifying times did not reflect the true narrative of Q3. Ricciardo outqualified Norris, but until track limits intervened to delete his time the Briton was set to make the second row of the grid.

Come race day, Ricciardo was then told by McLaren to let Norris through as he claimed on the radio to have greater pace – something Norris quickly confirmed by disappearing up the road once the Australian had played his part in the old switcheroo.

Norris would go on to make the podium with a P3 finish, while for Ricciardo it was P6 – comfortably the second best McLaren driver at Imola.

For now, he is willing to accept this. But seeing the performance which Norris extracted from the MCL35M, Ricciardo wants to be writing the headlines for the right reasons very soon.

“Sixth, the result looks all right on paper but I wasn’t fast,” he said after the Emilia Romagna Grand Prix, as quoted by RaceFans.net.

“A bit like most of the weekend, but obviously Lando got a podium and had stronger pace for at least the majority of the race.

“So I think on one side that’s really positive but obviously on my side, I need to figure out not what’s going wrong but just what I can do better. I don’t want to be too hard on myself but I’ll accept defeat for the moment and just work and see what I can keep improving.

“I think even if personally I’m not getting everything out of it yet, the thing that gives me confidence is obviously looking at the potential of the car. It’s there and it’s pretty good.

“It can do more than I think it can as far as just carrying more speed through the corners and the car is going to stick, so there’s a little bit of trust in the car.

“But I don’t think it’s like, just turn in and close your eyes and it’s going to stick. A lot of it is technique as well. And this, I try not to say it as excuses from the past, but there are probably just still some old habits I need to flush out a little bit and things that maybe don’t work as well for this car.

“I’m definitely in a productive mindset and not in a defeatist mindset. I certainly see the positives and for the team as well. [In] the second race, to get a podium already, I think it’s a good start.

“It’s encouraging to be up in the mix. So a lot to be excited for this year. I think the sport in general is all pretty tight and so I’m okay with that. I’m certainly happy with the progress we made at Imola and there’s still more to come. So I’ll be patient yet persistent.” 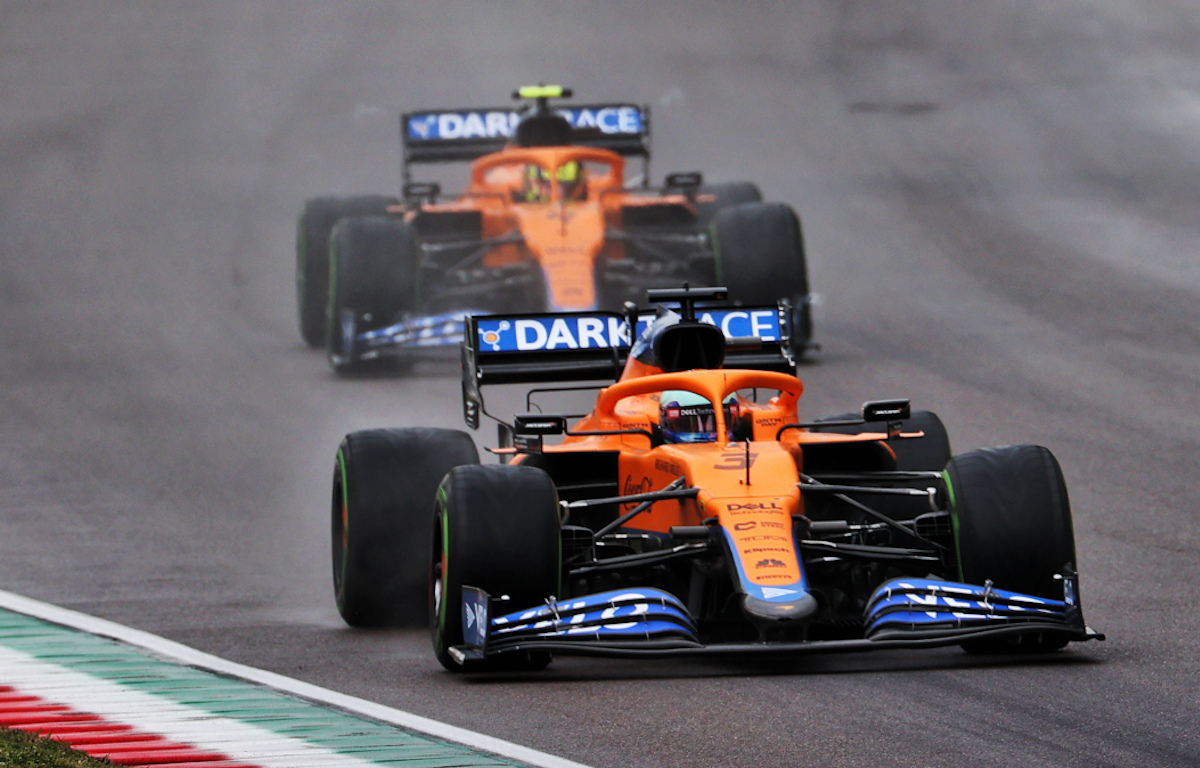 Ricciardo admitted Norris was “definitely quicker in the race”, adding that although he had made it up to P5 in the first stint with the intermediate tyres, he then “lost the front right” and his pace suffered as a result.

“That second phase of the intermediates, I wasn’t fast,” Ricciardo added.

But then the red flag, following a collision between Valtteri Bottas and George Russell, allowed the teams to rethink their strategies in the pit lane.

Norris and Ricciardo opted to fit the soft tyres, with Norris quickly pulling a move on Leclerc for P2, while ahead Max Verstappen was able to rebuild a gap.

Norris has stated he could have tried to pass Verstappen, but decided not to because he feared for his tyre life. And it seems this is where Ricciardo went wrong.

“For the restart I thought there would be a standing start. So we put the softs on but then I saw ‘rolling start’ and thought ‘ah’,” Ricciardo explained.

“I tried to look after the tyres but the others just kept pulling away, so I started to push on it and then I was really, really struggling.”