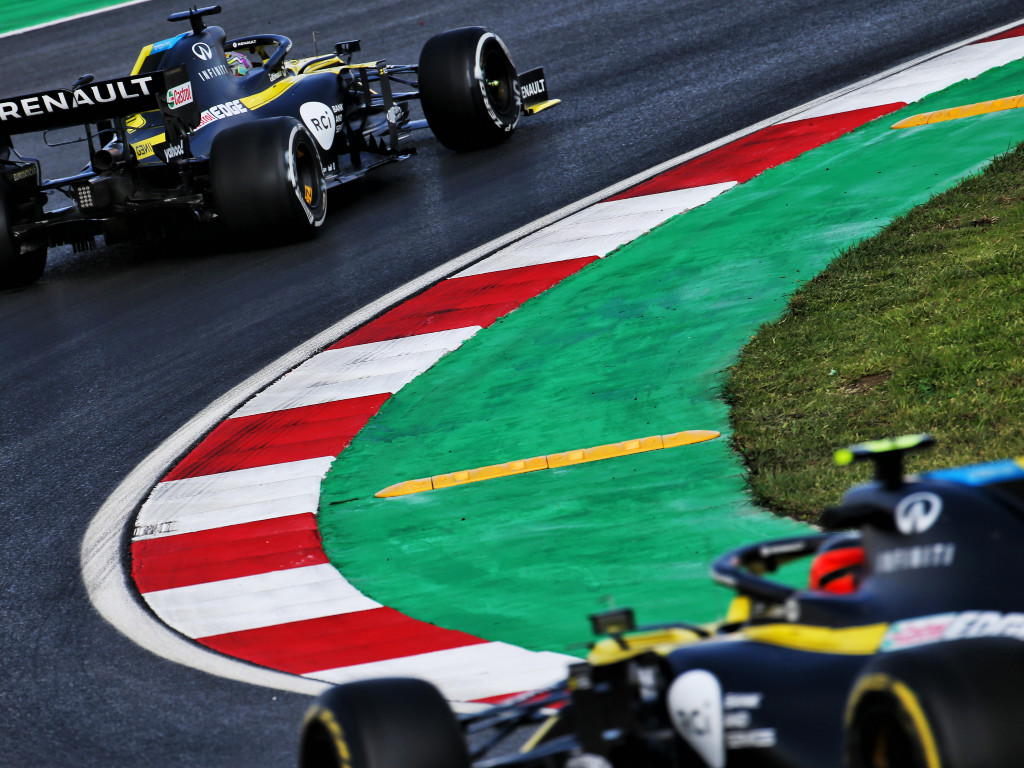 Daniel Ricciardo said it was “frustrating” that he couldn’t get a true feel of Istanbul Park on Friday ahead of the Turkish GP.

Drivers were lapping in the 1:40s during the opening practice session thanks to a combination of low temperatures, overnight rain and most importantly a very slippy newly-laid surface.

Ricciardo finished FP2 all the way down in P15, 3.3s off the pace, and admitted that it was a “frustrating” Friday for all the drivers.

“I probably speak for most, it was pretty frustrating,” he told reporters.

“It’s such a beautiful circuit and we obviously want to push it, but we were a little restricted just with the new surface and the grip.

“We had to be quite patient today, hopefully it can pick up a bit, but I think it’s going to rain tomorrow so we might have to just deal with it this weekend.

“If it rains tomorrow it will probably be an ice skating rink out there.

“I know this is a last-minute calendar so I don’t want to be critical but if there were some other categories [racing] then it would probably help get the track [rubbered] in.

“We are doing all the work, but like I said it’s the same for everyone, just want to go faster that’s all.

Ricciardo’s Renault team-mate Esteban Ocon got the better of the Aussie in both Friday sessions with P10 in the morning and P12 in FP2.

He compared the track conditions to being like driving on intermediate tyres instead of the slicks.

“It was a tricky day, but we ended on a positive note. We improved the performance significantly, which is good and that’s not an easy thing to do,” he told the Renault website.

“It was probably the trickiest conditions I’ve ever driven in as it was really slippery out there. I’d probably compare it to what it feels like driving on Intermediates, only that we were on slick tyres.

“It was new territory, and this is why we still have stuff to learn. Our long runs seem strong, so let’s see tomorrow. The track is awesome, and hopefully with a bit more grip we can push a bit more!”