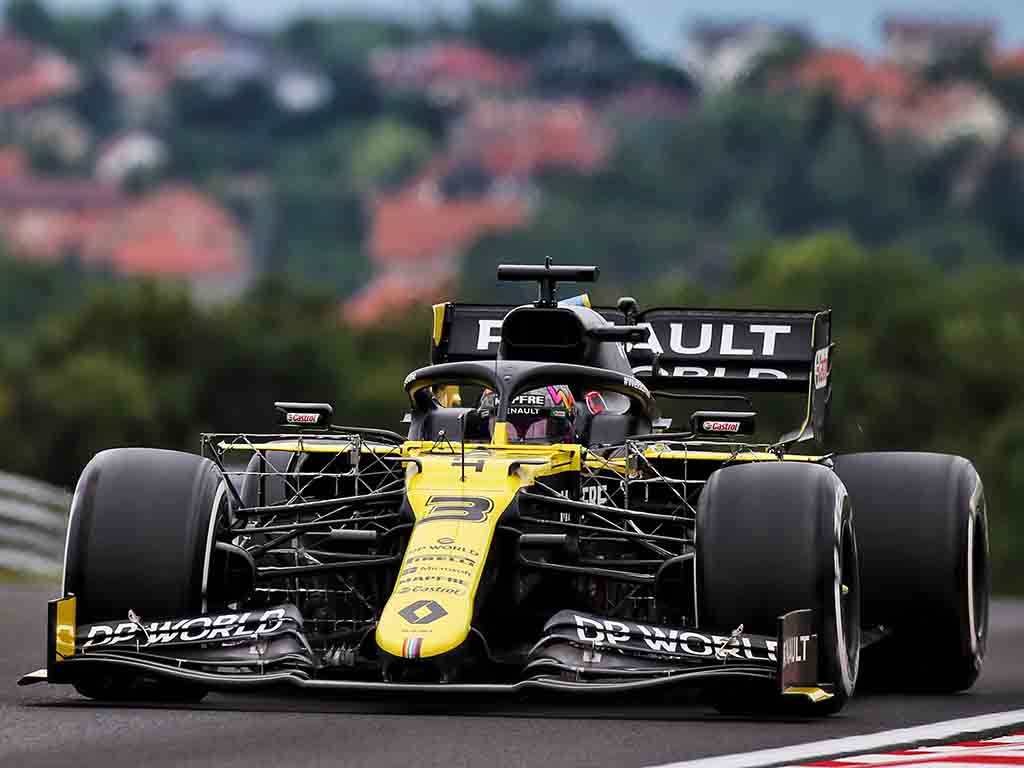 Wet or dry, Daniel Ricciardo is “pretty confident” about his pace at the Hungaroring ahead of Saturday’s qualifying.

Scoring his first points of the championship at the Styrian Grand Prix, Ricciardo arrived at the Hungaroring for round three determined to build on his P8.

The Aussie was fifth fastest in Friday morning’s opening practice for the Hungarian Grand Prix but didn’t set a time in the wet in the afternoon.

The drivers have just three sets of full wet tyres with more rain forecast for Saturday and even a few drops on the cards for Sunday’s race.

Ricciardo reckons his lack of laps in the wet on Friday won’t be an issue should the rain fall during Saturday’s qualifying.

“It felt nice this morning, obviously tomorrow we’ll see whatever the conditions,” he told the official F1 website.

“I think both wet or dry we’re pretty confident, we’ll make it happen and yeah, put on a good one.”

The seven-time grand prix winner explained that, like several of his rivals, he decided to run in FP2 in order to save tyres for Saturday.

“This afternoon, everyone’s like ‘why didn’t you run in the wet?’ It’s the whole tyre scenario,” he said.

“You have to be a bit mindful about what tyres and how much you use so we couldn’t do too much.

“Otherwise, it was a good first practice, we hit the ground running, so I think we’re alright for tomorrow.”

FP2 🏁
Installation laps only for both our drivers which means they finish the session P14 (Esteban) and P15 (Daniel).#RSspirit #HungarianGP pic.twitter.com/HsQwOd2P8g

Touching on the tyre situation, which limits a driver’s running, the 31-year-old explained that it wasn’t an easy decision giving up an entire session just to save tyres.

“It was a long discussion,” he added.

“he big question mark is the rain, [we] don’t actually know what’s going to happen.