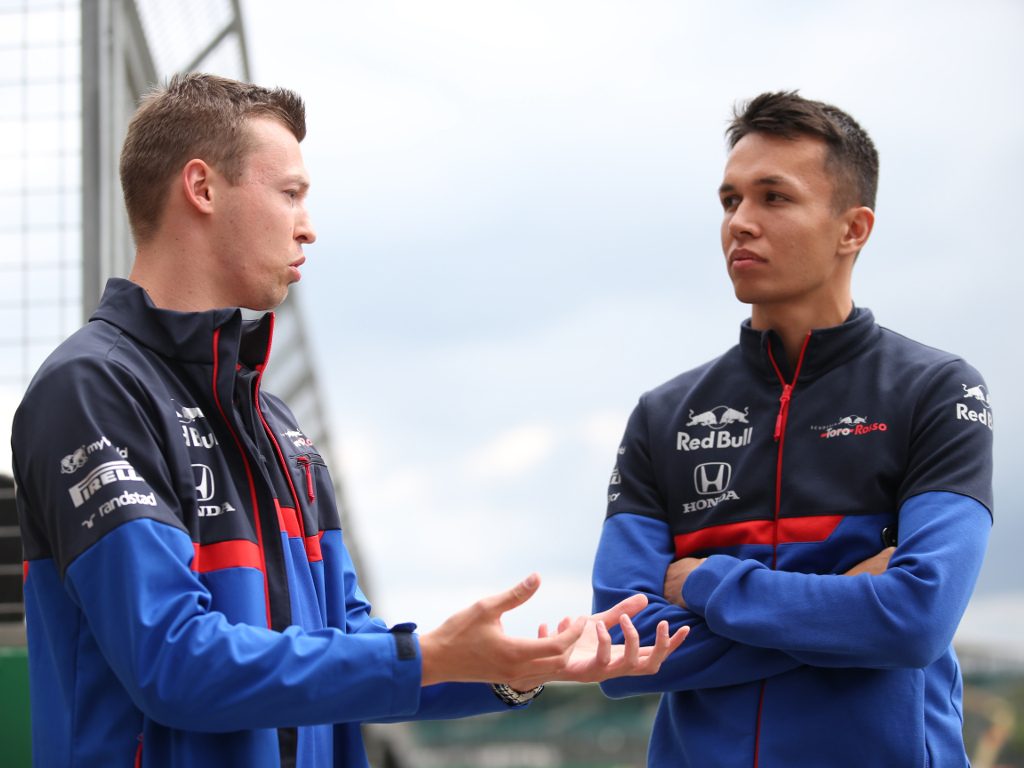 Passed over by Red Bull in favour of Alex Albon, Daniil Kvyat “wasn’t happy” with the team’s decision but admits it made sense.

Last year Red Bull was yet again in the hunt for a mid-season replacement after one its drivers, this time Pierre Gasly, failed to make the grade.

As Red Bull did back in 2016 when looking for Kvyat’s mid-year replacement, the team opted to promote one its Toro Rosso drivers.

Albon was the chosen one.

“Put it this way, I wasn’t happy, for sure,” Kvyat revealed to the official F1 website.

“I cannot say that when I heard the decision I fully understood it and I fully agreed with it.

“But if you look at it in a way it can make sense.

“I’ve been there already and they need new blood, always, they need to promote young drivers, this is what the Red Bull does, it’s OK.

“In the end after a few days I took and accepted the decision.”

This season Kvyat will remain with the junior team, rebranded as AlphaTauri, while Albon will continue at Red Bull Racing.

Kvyat reckons his former team-mate has a lot to offer the senior team.

He added: “I did just half a year with him but I enjoyed working with him to be honest.

“Quite an easygoing personality and sometimes good jokes, sometimes not so good.

“[He’s] a very fast guy. But when you come in on Formula 1, you have this rookie flow, everything comes easy to you.

“I think he’s going to discover more and more of this world.

“But he also has room, because he’s been a rookie last year, he has room to even improve more.

“So I think he has big potential for sure.”