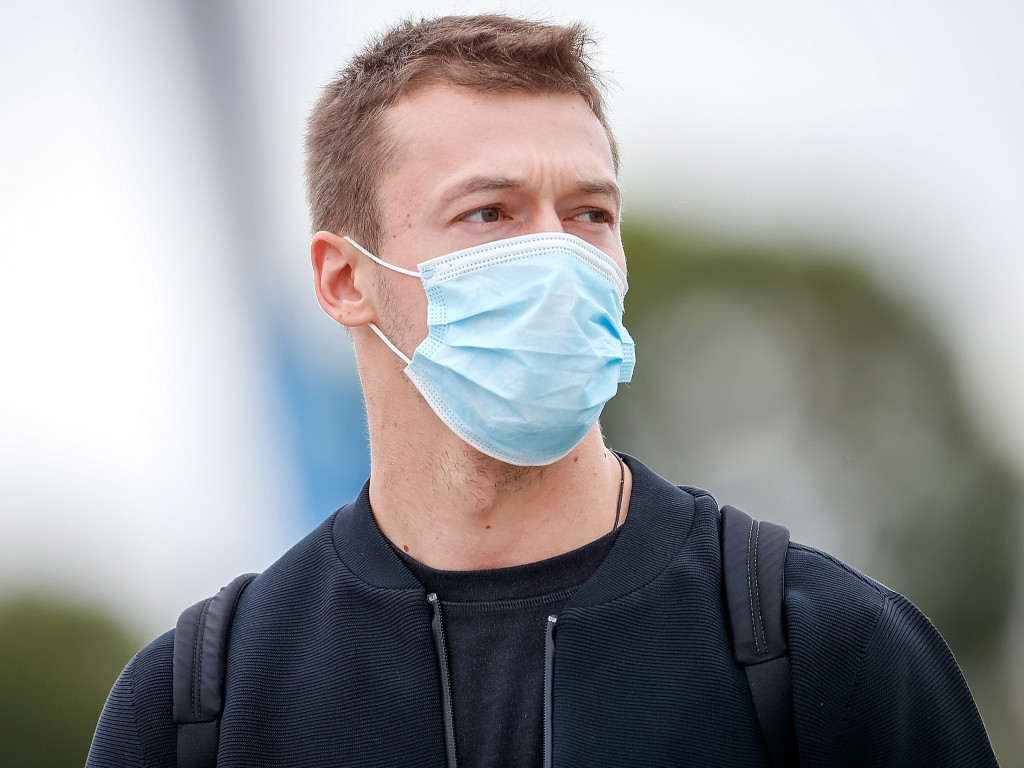 Daniil Kvyat said he delivered a “brave” performance to finish the Emilia Romagna Grand Prix at Imola in P4.

AlphaTauri were hopeful of more magic on home soil from the other side of the garage after Pierre Gasly qualified P4, but once the Frenchman was ordered to box and retire the car due to a terminal issue, all the responsibility fell on Kvyat’s shoulders.

And the Russian driver certainly stepped up to the plate, putting in a “brave” performance to cross the line P4, his best result since P3 at the 2019 German Grand Prix.

“It was a good race, it was a good, strong result,” he told reporters at Imola.

“Of course, now I’m talking and thinking more about the podium, because it was so close.

“[It was] really, really difficult on the restart, but I managed to do some good moves. Daniel just warmed up his tyres.

“It was very hard, very close until the end, but I had to do some brave racing today. I had some fun today.”

Kvyat said that maybe he is an “old school guy in the wrong time” after looking well at home around Imola.

His move on Charles Leclerc after the Safety Car restart was a real highlight.

“I felt the confidence, I like the old school tracks. Maybe I’m just an old school guy in the wrong time!”

That result saw Kvyat leapfrog Sebastian Vettel into P13 in the Drivers’ Championship, while AlphaTauri closed to within 14 points of Ferrari in the Constructors’ Championship.

“I believe always more and more in our potential,” said Kvyat.

“As a team, and me as a driver. And I keep feeling better in the car through the year.

“There are some things that we understand – I mean, my side of the garage understands now – I wish we understood them a bit more in the beginning, how to make the car work a bit better, but we really got there, since Spa it was a good step.

“Pierre has been very fast this year. But since Spa, if you look at it, we were really close and very competitive. And it was a good race today.

“It’s very important for me to get this weight out, like a very strong result, very strong race, and I’m happy.

“We recovered only a couple of points today. Better than nothing. Of course, I think it’s going to be a very close battle until the end. It seems like our pace is similar.

“Sometimes in qualifying they look impressive, but in the race we catch up. We’ll try to do our best to beat them in the Championship.

“Of course that’s a target, but we know it’s not easy, and we cannot think about it too much. We just need to focus on our job.”

Despite the result Kvyat looks set to lose his seat for 2021 to Honda-backed F2 star Yuki Tsunoda.